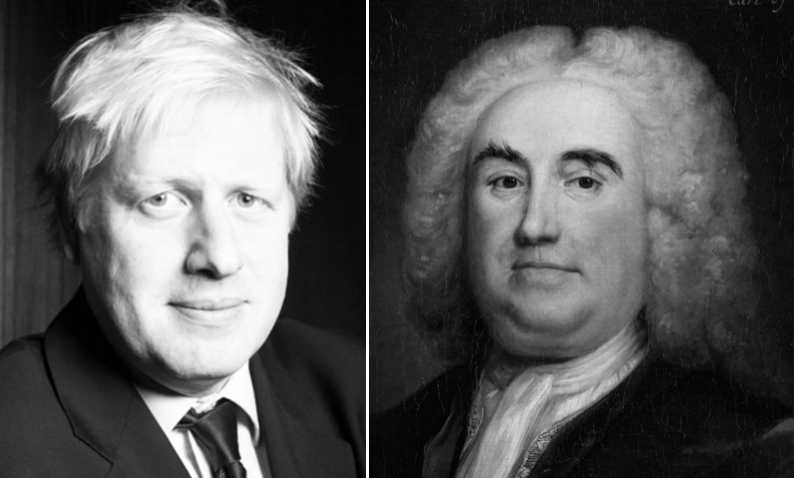 By TruePublica Editor: Let’s just say you’ve arrived home from work and there’s a leaflet on your doormat. It’s from a political party which promises to “fight woke-ism” and attack the institutions that “have been overrun by left-wing groups”. Institutions that enabled the 2010 Equalities Act (which outlaws discrimination on the basis of age, disability, gender, religion and race) is cited as an example of what the leaflet calls “‘deep state’ woke-ism” that must be resisted.

As you read the leaflet it goes on to say that the – “The BBC, the Supreme Court, and so on, have been pushing very left-wing obsessions,” and that “a large part of the electorate are alienated by this culture war.”

It makes mention of the law requiring the UK to spend 0.7 per cent of GDP on foreign aid and says – “Left-wingers are already lining up to fight the repeal.”

The leaflet has a clear message of support for Trump’s blatant dishonesty and says that they will – “weaponise fake news”. They cite Trump who was a successful campaigner and – “learned that ‘a lie can go round the world before the truth can get its boots on”.

The leaflet also says that they will engage in tactics that will make “many dubious claims” because “honest speakers are overwhelmed.”

Trumpian style rebuttal tactics are used and the leaflet says that in future its campaigns will adopt a strategy where – “Fake news makes headlines which crowds out genuine news”. It wants to push more honest politicians off the front pages and says that – “it is better to give the WRONG answer at the RIGHT time, than the RIGHT answer at the WRONG time.”

Rise of the Whigs

What political party has this leaflet come from. The British National Party, Britain First, National Action or any one of a dozen far-right nationalist parties?

You’d be right in thinking these are tactics and strategies are of the aforementioned but they are in fact the very words used in a Conservative party newsletter from the Wellingborough Conservative Association last week. It illustrates the appeal of right-wing populism to a certain kind of Tory. “There are lessons that we can learn from Trump,” suggests the bulletin sent out to party members in Peter Bone’s constituency this month.

The newsletter praises the 45th president’s ability to “appeal to the ‘common man’” and attract “voters that other politicians cannot”.

This newsletter advises local Conservatives to push fake news to crowd out anything that might resemble a grain of truth that exposes failed Tories policies.

The Times newspaper reports that – “It’s an extraordinary thing for a mainstream party to argue but one local Tory member who complained about the newsletter was removed from the Conservative candidates’ list at the weekend. Jack Summers has also had several threatening phone calls warning him that his political career would be destroyed if he did not fall into line.”

“That leaflet is shocking but unsurprising,” says one senior Conservative who has worked in several Whitehall departments. “All this populist stuff is a Pandora’s box. It starts off attacking wokeism and within four years you end up in the bizarre situation where half of the US Republican Party is trying to overturn an election result. There is no reason why the same couldn’t happen here given the veer to the extremes.”

At TruePublica we’ve said this many times before. There is no Conservative party in Britain today. Its ideology of ‘one-nation Conservatism is supposed to include – “the preservation of established institutions and traditional principles within a political democracy, in combination with social and economic programmes designed to benefit the ordinary person” – and all that has gone.

You have to go back to 1715 when the Whigs were in power to see where the current Conservative party has arrived. Historical accounts say that –  “the Whigs thoroughly purged the Tories from all major positions in government, the army, the Church, the legal profession and local offices. The party’s hold on power was so strong and durable that historians call the period from roughly 1714 to 1783 the age of the Whig oligarchy.”

The same is happening right now. Centre-right loyalists with a long history of Conservative values have been purged for daring to disagree with Boris Johnson’s hard-right reactionary factions that currently rules the roost. Institutions that support civil society are being undermined, as are the very principles of democracy.

You might want to argue the benefits of the Human Rights Act but not only does this party want to dismantle and eradicate it completely, but wants to do the same with the Electoral Commission for daring to criticise Boris Johnson over the Russia Report. Its attacks on the judiciary, illegally proroguing parliament, silencing of the media and the censoring of public interest information is only the start. We’ve also seen how parliamentary scrutiny has been sidelined in favour of the use of ‘executive’ powers not seen for at least two centuries and how corruption and cronyism is taking hold throughout the party.

Historians confirm that the Whigs were founded by rich politicians with a tendency to support aristocratic families, the mercantile class such as bankers and free trade. They were economically protectionist and authoritarian and had a leaning towards the idea of a limited form of the voting system. These are all the traits of this government.

All historians are agreed that the Tory party declined sharply in the late 1740s and 1750s and that it ceased to be an organised party by 1760 as the Whigs took control. And history will show the same happening from 2015 when David Cameron, himself a centre-right Conservative, made a disastrous decision that gave power to what we should regard today as much more representative of the Whigs.

The leaflet distributed to Conservative party members last week is indicative of the continual push towards the hard-right. It clearly rejects the whole idea of centre-right politics.

It was not until the 1850s that the Whigs changed course in a complete reversal of the party’s historic characteristics – but they are back.