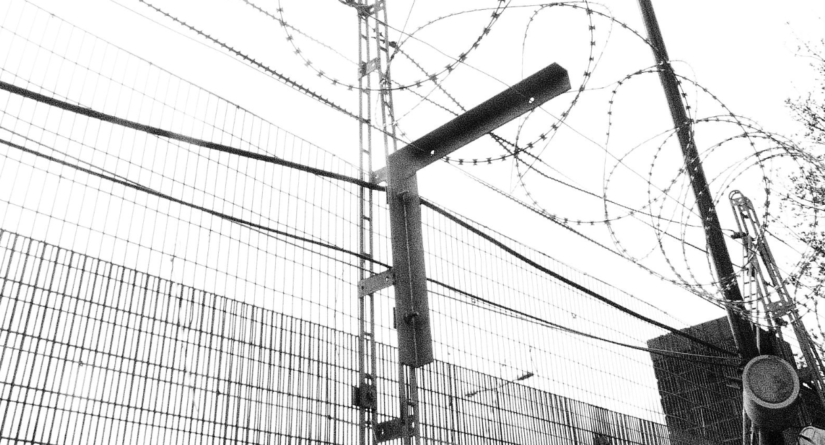 Last Thursday the international FTSE 250 company Serco was awarded a £200 million contract by the Home Office to manage two immigration removal centres despite years of abuse and fraud-related scandals associated with the company.

Right now, the Serious Fraud Office (SFO) is conducting a criminal investigation into individuals associated with Serco and its subsidiaries. The investigation was announced on the 4th November into the company’s electronic monitoring contracts (again). Serco has already entered into a deferred prosecution agreement (DPA). In entering the DPA, Serco has taken responsibility for three offences of fraud and two of false accounting arising from a scheme to dishonestly mislead the Ministry of Justice (MoJ).

On 16 December 2019, the SFO charged Nicholas Woods, former Finance Director of Serco Home Affairs, and Simon Marshall, former Operations Director of Field Services within Serco, with fraud. This case is subject to reporting restrictions, so we don’t know any more than that. We do know that Serco will pay a financial penalty of £19.2 million, and the full amount of the SFO’s investigative costs (£3.7m). This is an addition to the £12.8m compensation already paid by Serco to the MoJ as part of a £70m civil settlement in 2013. The entire affair has cost over £100million.

It’s not like Serco have a clean record when it comes to ripping off the government, also known for being funded by the taxpayer. A few years earlier its CEO was forced out for doing exactly that – ‘overcharging’ for its services.

As it turns out Serco is a serial criminal enterprise, seemingly unable to operate without breaking the law. Just over two years ago it got caught up in the Panama Papers scandal with concerns surrounding the company in allegations of fraud, the cover-up of the abuse of detainees, and the mishandling of radioactive waste. “It has a history of problems, failures, fatal errors and overcharging,” a senior law firm compliance officer wrote about Serco when the Panama Papers exposed Serco.

Serco, it was noted at the time, was part of a consortium the UK’s Office for Nuclear Regulation had accused of breaching its responsibilities for the handling of radioactive waste. It had also presented false data to the NHS 252 times, was accused of fraudulent record-keeping and had allegedly manipulated results when it failed to meet targets, the compliance team warned. In addition, “The company is alleged to have covered up the sexual abuse of immigrants in Yarl’s Wood removal centre,” the compliance officer wrote.

It then beggars belief does it not that the government has awarded this very dodgy company a £200million operation to manage immigration removal centres.

Bail for Immigration Detainees finds this news deeply troubling. “Vast portions of the UK’s immigration enforcement system have become big business, outsourced to unaccountable institutions that seek to drive down costs to the detriment of those subject to immigration control, and in particular our clients in immigration detention. The private firm Mitie secured its largest contract ever in 2017 from the Home Office, worth an eye-watering £525 million, for ‘escorting’ services (code for forcibly removing detainees to detention centres and onto deportation flights).

There is a lack of public scrutiny regarding how these contracts operate, as private companies are not open to Freedom of Information Requests and their contracts with government are subject to ‘commercial confidentiality’.

Serco, which works for 20 governments worldwide but receives 40% of its business from contracts running UK public services, was awarded the contract after its fellow outsourcing company G4S announced in late 2019 that it would not be bidding; G4S has come under serious criticism from MPs and campaigning groups for its mismanagement of the two centres, Tinsley House and Brook House, after a 2017 Panorama documentary revealed a culture of abuse amongst staff there.”

The Home Office says the Serco contract ‘includes ambitious plans to improve the two centres in Gatwick’ and represents ‘further steps to modernise the immigration detention estate’. However, Serco’s existing track-record running Yarl’s Wood, a detention centre located in Bedfordshire, has been rife with controversy: numerous allegations of sexual abuse by guards have been lodged by detainees over the past decade; a report by the charity Women for Refugee Women in 2014 found that 38 women interviewed had been seen by male guards while they were naked. The issue is not limited to contracts agreed with the UK government: Serco’s running of Australia’s offshore processing centre for migrants since 2009 has attracted numerous reports of staff brutality, including beatings, as well as instances of suicide and self-harm by detainees.

Reports of the scale of brutality by Serco staff at Yarl’s Wood culminated in a highly critical report by HM Inspectorate of Prisons in 2015. Concerns over the vulnerability of detainees persist and allegations of ill-treatment by detainees have not abated: in February 2018, over 100 migrant women detained at Yarl’s Wood went on hunger strike in protest against their detention and treatment by staff. Serco denied that the strike was happening.

Moreover, just this month, a Yarl’s Wood detainee was cleared of charges of assault against Serco staff who were using force to put her on a chartered flight (it was later established that her removal directions had already been cancelled). During the court hearing, witnesses described how the woman was thrown onto the ground ‘like a bag of cement’ during the incident, which involved 11 guards employed by Serco.

You can read more about the disgraceful treatment of people by Serco, HERE and HERE – but all this leads a normally sane person to ask a simple question. Why is it that the government continues to reward this company for its criminality? Who else is profiting?

Johnson has still not commissioned migration system review as promised