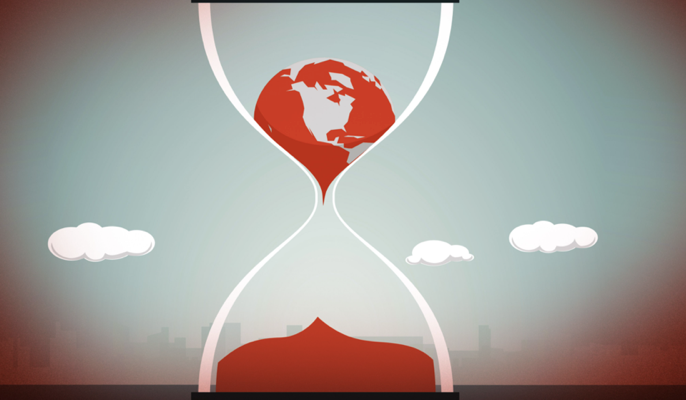 Take all the dire warnings and assessments that scientists have made. Added up and the message is clear – a ghastly future lies ahead for all of us as the sixth mass extinction starts to make life on earth unsustainable.

By Tim Radford: Humankind faces what 17 scientists have called “a ghastly future” − a threat to the Earth’s living things “so great that it is difficult to grasp for even well-informed experts.” The dangers they pinpoint are the destruction and loss of the world’s plants and animals on an unprecedented scale; the overwhelming growth of the human population and the demand upon the world’s resources; and finally, climate disruption driven by human environmental change and fossil fuel dependence.

“This dire situation places an extraordinary responsibility on scientists to speak out candidly and accurately when engaging with government, business and the public,” they write in the journal Frontiers in Conservation Science.

“We especially draw attention to the lack of appreciation of the enormous challenges to creating a sustainable future.”

The scientists − from Australia, the US and Mexico − warn that as many as a million species could soon disappear from the face of the Earth in what is widely recognised as the planet’s sixth mass extinction.

“The mainstream is having difficulty grasping the magnitude of this loss, despite the steady erosion of the fabric of human civilisation”

Because the planetary burden of humans has doubled in just 50 years and could reach 10 bn by 2050, the world faces a future of hunger, malnutrition, mass unemployment, a refugee crisis and ever more devastating pandemics.

The authors base their portrait of an already beleaguered planet on more than 150 scientific studies, many of them on the dangerous loss of biodiversity, triggered by the human-wrought changes to 70% of the planet’s land surface. With this loss goes the Earth’s ability to support complex life and hence – the sixth mass exinction.

“But the mainstream is having difficulty grasping the magnitude of this loss, despite the steady erosion of the fabric of human civilisation,” said Corey Bradshaw of Flinders University in Australia, the lead author.

“The problem is compounded by ignorance and short-term self-interest, with the pursuit of wealth and political interests stymying the action that is crucial for survival.”

Most of the world’s economies, the authors argue, are predicated on the political belief that meaningful counter-action would be too costly to be politically palatable. “Combined with financed disinformation campaigns in a bid to protect short-term profits, it is doubtful that any needed shift in economic investments of sufficient scale will be made in time.”

Importantly, the scientists who have signed the paper bring no new information: they simply attempt to put into perspective a series of findings that have been confirmed repeatedly.

Two-fifths of the world’s plant species are endangered; the collective mass of wild mammals worldwide has fallen by 25%; and 68% of vertebrate species have declined; much of this in the last century or so.

Humans and their domestic animals now add up to 95% of the mass of all vertebrates: the wild mammals, birds, reptiles and amphibians constitute just 5% of surviving creation. And the structures that humans have fashioned − roads, buildings and so on − now outweigh the animals and plants on Earth.

With the loss of wilderness comes the loss of what researchers call natural capital and ecosystem services: the reduced pollination of crops, the degradation of soils, poorer air and water supplies, and so on.

In 1960, humans had already requisitioned around 73% of the planet’s regenerative capacity: that is, what humans demanded was still within the limits of the sustainable. In 2016, this demand had grown to an unsustainable 170%.

Around 700 to 800 million people are starving, and between one and two billion are malnourished. Population growth sparks both internal and international conflict and is in turn exacerbated by climate change driven by ever-higher global average temperatures.

“This is an ecological Ponzi scheme in which society robs nature and future generations to pay for boosting incomes in the short term.”

The potential count of what researchers call environmental refugees − people driven from their homes by drought, poverty, civil war, flooding or heat extremes − has been set at anywhere between 25 million and 1bn by 2050.

And the scientists warn of political impotence: what nations and national leaders are doing to address any of sixth mass extinction issues is ineffective in the face of what they call humanity’s “ecological Ponzi scheme in which society robs nature and future generations to pay for boosting incomes in the short term.” They write: “Ours is not a call to surrender − we aim to provide leaders with a realistic ‘cold shower’ of the state of the planet that is essential for planning to avoid a ghastly future.”