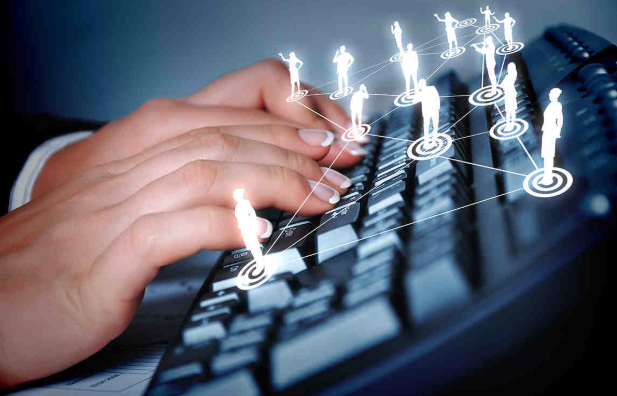 By TruePublica: Thomas Friedman is a three-time Pulitzer Prize winner. At the end of January this year he wrote about a subject that will hit the headlines regularly this year and the years ahead.

“Around the end of each year, major dictionaries declare their “word of the year.” Last year, for instance, the most looked-up word at Merriam-Webster.com was “justice.” Well, even though it’s early, I’m ready to declare the word of the year for 2019.

The word is “deep.” Why? Because recent advances in the speed and scope of digitization, connectivity, big data and artificial intelligence are now taking us “deep” into places and into powers that we’ve never experienced before — and that governments have never had to regulate before. I’m talking about deep learning, deep insights, deep surveillance, deep facial recognition, deep voice recognition, deep automation and deep artificial minds.

And Friedman is right to say that some of these technologies will offer unprecedented promise and unprecedented peril — but whichever way we look at it, they are now all now part of our lives. Everything is, as he says, going deep.

From barely a decade ago ‘big data’ became really big and the ‘internet of things’ was a thing. Suddenly, an algorithm wasn’t just a maths thing, it’s organising our lives, intelligence has become artificial and computing is in the clouds. The new human pace is about the database, the interface and cyberspace. It’s all speed, being keyed … and being moneyed.

It’s called surveillance capitalism. And it’s the biggest of the next big things – ever. We are living in truly revolutionary times like never before.

Today “virtual agents” – using conversational interfaces powered by artificial intelligence, commonly known as bots, are now able to understand your intent when you call just by hearing your voice. Without our knowledge, these uniquely ubiquitous bots (or chatbots) are already so common that soon people will just accept them as the new norm.

But there is a bad side – a very bad side. As Friedman mentions, the technology now exists to fake a bank manager’s voice so well that it can call your grandmother, and, with a voice command, ask her to transfer $10,000 to an account in Switzerland and she’ll do it — and you’ll never catch them in time.

On Jan. 20 this year, The London Observer looked at Harvard Business School professor Shoshana Zuboff’s new book, the title of which sums up our new world of ‘deep’ everything. It is, as Zuboff says – “The Age of Surveillance Capitalism.”

“Surveillance capitalism,” Zuboff wrote, “unilaterally claims human experience as free raw material for translation into behavioural data. Although some of these data are applied to service improvement, the rest are declared as a proprietary behavioural surplus, fed into advanced manufacturing processes known as ‘machine intelligence,’ and fabricated into prediction products that anticipate what you will do now, soon and later. Finally, these prediction products are traded in a new kind of marketplace that I call behavioural futures markets. Surveillance capitalists have grown immensely wealthy from these trading operations, for many companies are willing to lay bets on our future behaviour.”

Unfortunately, we mere mortals have as yet not developed the type of governance to protect us in this new world of deep everything, including the deep abuses that corporations will bring with them and the type of crime that attracts the worst in society.

This potential for this new mutant form of neoliberal capitalism is set to exploit us all more than ever.

The mechanics are simple. It works by providing free services that billions of people use every day such as Google, Facebook and a myriad environment of apps thus enabling the providers of those services to fully surveil the behaviour of those users in extraordinary detail. It does so, on the whole without real consent – explicit, implied or otherwise.

What is really happening here is evolutionary and its overall trajectory should be checked – but reality tells you this will not happen. The battle for privacy in places like Britain has already been lost. What confronts us is the next natural technical phase of unfettered capitalism and we are quite likely to unquestionaly and dangerously embrace it.

As The Observer recently put it – “From the making of products to mass production, to managerial capitalism, to services, to financial capitalism, and now to the exploitation of behavioural predictions covertly derived from the surveillance of users. What one sees instead is a colonising ruthlessness of which John D Rockefeller would have been proud. First of all, there was the arrogant appropriation of users’ behavioural data – viewed as a free resource, there for the taking. Then the use of patented methods to extract or infer data even when users had explicitly denied permission, followed by the use of technologies that were opaque by design and fostered user ignorance.”

The lawlessness of the internet has not really been challenged because whatever fines have been imposed have been seen by the industry as little more than the cost of doing business. No-one has gone to jail – and they won’t. The continual crimes and scandals that tech-co’s are clocking up remind us of the egregious recklessness of the global banking industry that caused a decade long global recession.

It is dangerous for state surveillance, as it is in Britain, the worst in the Western world, to team up as they have done with private corporations that design and engineer their knowledge gathering technologies to ultimately use them against their own citizens. Indeed, as we have seen with scandals involving shadowy foreign billionaires teaming up with big-data firms such as SCL Elections, Cambridge Analytica and Facebook that so severely affected Britain’s EU referendum – democracy cannot be defended.

Self-regulation doesn’t work, no matter what. The UK’s border force wants biometric data before you enter or leave the country. Local councils use algorithms with previously collected data to apply their services, so does the NHS. Without offering yet more highly sensitive information you can’t access their services.

And let’s not forget what is happening in terms of scale. In May this year, Forbes published an article that describes the scale of human interaction on the internet. Over 90 per cent of the data that has ever been generated in the entire world was generated in the last two years alone. That is 2.5 quintillion bytes of data created each day. Google now processes more than 40,000 searches every second or around 3.5 billion searches per day. Worldwide there are five billion searches a day using all search engines. That’s barely 1.5 searches a day from the 3.7 billion of us connected to the internet.

Europe has more than 307 million people on Facebook and five new Facebook profiles are created on it every second! More than 300 million photos get uploaded per day and every minute there are 510,000 comments posted and 293,000 statuses updated. Last August Facebook announced it had one billion users on their platform every day and a third of the world’s population use it monthly.

Of course, it doesn’t stop there. There are 95 million photos and videos posted every day on Instagram. We send 16 million text messages and 156 million emails a minute. Over 100 million scam emails are also pumped into the system every single day.

By next year, it is estimated that the ‘internet of things’ will be collecting 200 billion pieces of personal information from our devices every day.

It is bad enough that our government uses its agencies to gather information about us it has no right to have such as sexual or political orientation, what we do in our spare time, facial data and even naked images of us and our families. In Britain, the government has recently announced that the big-brother state is going one step beyond with pre-crime police technologies and centralised biometric databases – all of which was designed by the private sector and all of which is available to hackers.

The collection of data on the human experience is, as we have allowed, free for the taking. What we face today is something truly unprecedented. There was a time when we searched the internet – now it searches us, putting together a complex puzzle of exactly who we are, what our habits are and what we are thinking. These new systems are specifically designed to intervene in our normal interactions of life in general, modify our behaviour and then directs it toward the desired commercial outcomes. It is no longer enough to simply automate the information flows that are about us; the goal now is to automate us.

These systems are starting to predict what you want, or think you want, produce it ready for delivery once you have been convinced you need it right now.

Now the same dilemmas of knowledge, authority and power have surged over the walls of our offices, shops and factories to flood each one of us… and our societies. Surveillance capitalists were the first movers in this new world. They declared their right to know, to decide who knows, and to decide who decides. In this way, they have come to dominate what I call “the division of learning in society”, which is now the central organising principle of the 21st-century social order, just as the division of labour was the key organising principle of society in the industrial age.”

Worryingly Zuboff says that surveillance capitalism will move from a focus on individual users to a focus on populations, like cities, and eventually on society as a whole as we are edged into the same direction of thinking and buying. The image of a truly Orwellian world invites us.

The system is a market-driven coup d’etat of civilisation as we know it. And it is nothing less and not some tin-foil hat brigade conspiracy theory. Today the concentrations of knowledge and power is unparalleled in human history. The great con is that it is dressed up as a ‘personalised’ experience, which it isn’t. There’s nothing personal in it at all.

Surveillance capitalism is about the recognition of a new kind of commercialisation and exploitation that depends upon online surveillance and the tearing down of privacy at mass scale and the tech-co’s are now fighting for position within it. The rest of us are just pawns in a completely new chess game that we don’t even realise is being played right now.