The Begum question – White Helmets, Libya and the Manchester Bombing 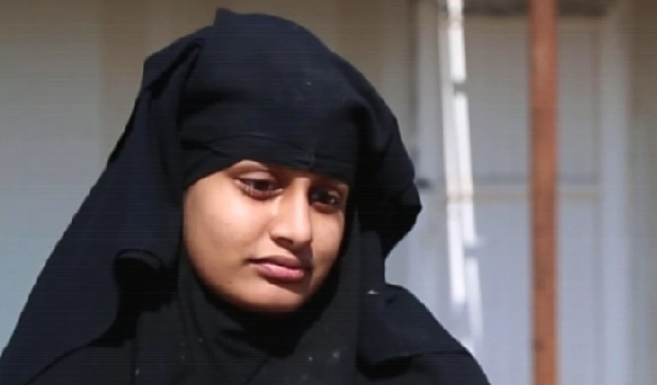 TruePublica Editor: There is a breathtaking arrogance of our political elite and it is demonstrated no better than its dealing with the Shamima Begum question – should she be stripped of her UK citizenship.

Take for instance, that in April 2018, Amber Rudd resigned as Home Secretary, saying in her resignation letter that she had “inadvertently misled theHome Affairs Select Committee on the issue of illegal immigration”. This was the scandal that threatened new PM Theresa May as it was all her work in the first place – but Rudd took a bullet for the sake of party embarrassment. Later that day Sajid Javid was named as her successor.

Shamima Begum is a British born citizen and we are told has no dual nationality. The British government declared she was a citizen of another country, which was not true. To refuse to accept first-generation as in the Windrush scandal, was as we subsequently found out – appalling.  But to go on and then claim that second generation Britons are somehow not British, but rather citizens of where their ancestors came from cannot be interpreted as anything else other than racism.

The semantics and emotional charge around Begum is frankly neither here nor there. The government are misleading the nation simply to score points.

Shamima Begum is a British citizen and has a full British passport. For political purposes though, she is deemed to be a citizen of another country she has never seen or visited because her immigrant parents came from there.

There is another issue here of course. And as Craig Murray, ex-British Ambassador put it:

“Savid Javid could not have found an easier target for his macho display of vindictiveness, guaranteed to win plaudits from the bigots whose votes Javid needs for his looming Tory leadership bid. Javid knows full well his decision will eventually be overturned by the courts, but he has already achieved his political objective of personal self-aggrandisement.”

Javid is a serious contender for the top job after Theresa May’s guaranteed demise. And so he is taking any opportunity, no matter how cynical, to rise to that occasion.

It is, at this point impossible to know exactly why Begum wanted to join a terrorist group in Syria – perhaps she had been radicalised by her own. She was just a teenager with probably low exposure to the Western world – who is to know. One thing we do know though is that there are laws that Britain should be upholding when it comes to such matters. For instance, the Syrian authorities may want to investigate – Begum was, after all, part of a terrorist organisation that was attempting to bring the downfall of the nation-state. Many henious crimes were committed against the Syrian people.

Once that has been dealt with or the Syrian authorities have dismissed it – Begum should be investigated by the British authorities and a natural course of justice should prevail in her home country. That is the law, that is how justice is supposed to work.

At just 15 years old when Begum left the UK for Syria, she could by now have many very serious mental health problems. She would have seen horrors that most of us cannot imagine. It causes PTSD in fighting soldiers, many of whom end up unable to integrate back into civilian life with a significant number actually committing suicide. And whilst that leaves Britain with the problem, it was Britain’s problem anyway – she’s British.

And Craig Murray is right about the wider issue that the mainstream media have conveniently forgotten in this case, which goes back to the decisions the state makes when it happens to be advantageous at the time.

As usual, the Begum question is little more than political opportunism by those desperately clinging onto the last vestiges of their power-hungry circle of elitists and outdated failed ideologies. They are themselves ominously sounding like the populist leader’s they falsely claim to be wrestling with.