The brewing scandal that could bring the government down 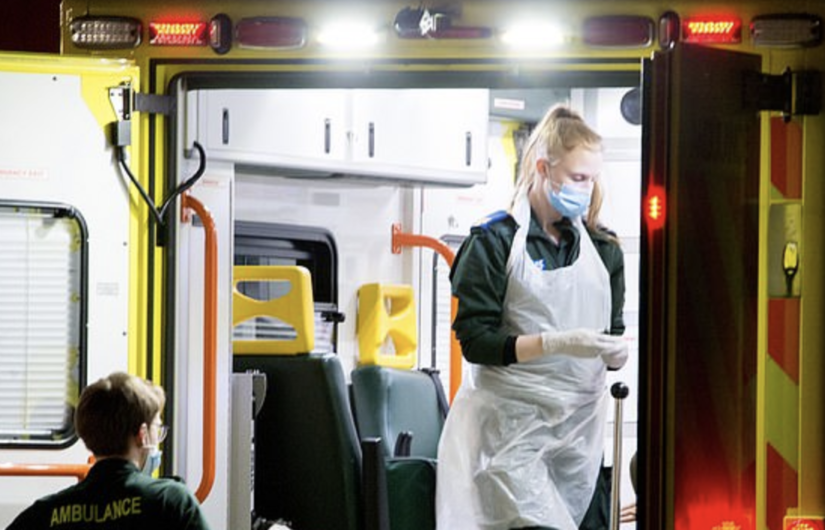 By TruePublica Editor: The British public are being lied to by the Boris Johnson government over its handling of COVID-19, the scale of related fatalities and subsequent fallout. As the death rate escalates and Britain rapidly rises in the chart of deaths-per-million, currently 7th in the world and fifth in numbers, the government is now looking to deny, cover-up or spin its trail of failure.

The country was initially told by the government that the risk was low. They then failed on the ‘herd-strategy and failed in every direction that mattered from there. From the late shut-down to the scandal of the lack of PPE and ventilators to the failure of tracking and tracing. The brewing scandal is getting as hard to contain as the virus itself.

The UK took precisely the same time, just 24 days as Italy did – to go from around 100 deaths to around 10,000. On that basis, we can expect another seven to ten thousand souls to lose their lives in the next couple of weeks.

One response to this shocking mismanagement of a crisis by the government was to throw huge sums of money at the problem – with results yet to be seen. But by all accounts, there will be large scale failures here as well as requests for initial unemployment claims have been met with a breakdown in the service, huge waiting times and rising public anger.

And it didn’t take long for other failures to emerge. Alok Sharma is the Secretary of State for Business. He has already admitted that just 4,200 emergency loans have been granted to desperate businesses in the four weeks of the scheme running, despite 300,000 applications. This is a success rate of just 1.4 per cent over four weeks. And this does not include another 200,000 businesses started within the tax year that spanned 11 months that do not qualify for anything. They are left out of all business support schemes. As businesses fold and more and more lose their livelihoods, the government will continue to be exposed for their lack of ability to help its citizens.

Covering up the body count

In the last few days, the health secretary Matt Hancock has clearly stated that 19 NHS workers have died from the virus. Within hours, it was revealed that the actual number was 28. By Saturday afternoon that number had increased to thirty with the news that nurse Leilani Dayrit from the Philippines, the fourth Filipino medic in the UK to die from the Coronavirus, passed away.

The following day, Nursing Notes reports that – “It is with great sadness we announce that another member of our nursing family, Sara Trollope, has sadly died from COVID-19.”

Another response is to use the mainstream broadcast and print media to spin out what looks like a better set of outcomes than is the truth. A good example is the government coronavirus press conference at Downing Street. A few days ago the question of NHS worker deaths is asked of Matt Hancock who simply passes the buck to the chief nursing officer, who then doesn’t answer the question (VIDEO CLIP HERE).

Then there was Prit Patel’s awful attempt at the daily briefing at the weekend, where she repeatedly refused to apologise to NHS staff for lack of PPE. Patel manages to rile just about everyone by saying – ‘I’m sorry if people feel there have been failings.’

It would be an understatement to say that the mainstream media have not done their jobs properly by holding this government to account. Only this week, almost the entire corporate media has failed to report on their front pages the fact that the UK has just hit the highest daily death toll from COVID-19 in Europe. Instead, it’s a few diversionary ‘spirit of the Blitz’ stories and reporting what videos Boris Johnson is watching from his hospital bed.

The British Medical Association is outraged by the government and went public last Friday:

“We are hearing reports of a shocking lack of PPE supplies across trusts in England today. The Government must address dwindling PPE supplies immediately – PPE should not be being rationed due to a lack of supply. The workforce simply cannot continue facing the prospect of either being put directly in harm’s way or facing the anxiety of not knowing whether they will be adequately protected or not.”

The Royal College of Surgeons of England backs this outrage up after collating the views of 1,978 surgeons and surgical trainees. “The widespread lack of PPE for frontline staff is a disgrace”

In another scandalous manoeuvre, older people are being pressurised into signing ‘do not resuscitate’ (DNR) forms as a means of alleviating some of the pressures faced by the NHS during the Coronavirus crisis, a group of elderly care charities have warned.

The charities warn they are “seeing shocking examples where blanket decisions seem to be being made about the care and treatment options that will be available to older and vulnerable people.” In the first few days of this information emerging – it also emerged that hundreds of elderly patients who had died had not been officially recorded as dying of the virus. The industry body Care England estimated that the coronavirus death toll in care homes was likely to be close to 1,000, not 20 as the government had recorded.

So dire is the news that the government are unable to contain this part of the COVID crisis that even international news outlets have published shocking reports of the elderly being sacrificed in the face of the pandemic. One Reuters article goes on to quote a care home manager who says – “Young people, if they get the virus, they can fight it, but with older people, it just seems like we’re saying, ‘We don’t care about you – you’re too old.’”

About 433,000 people live in Britain’s 11,000 care homes, which have over 450,000 beds – three times more than the National Health Service where large numbers of care providers rely upon on agency staff who work at many different homes and could carry the virus with them.

Care homes are expected to accept patients discharged from hospitals who might have COVID-19, but some managers say they don’t have the staff, training or equipment to safely isolate those patients.

“How can I bring anyone in from a hospital … when potentially they pose a high risk to all my other residents and the staff that work here?” said David Steedman, who runs Arlington House Care Home in Brighton, on England’s south coast. One infected person can bring a whole home down” he added.

To demonstrate just how bad this situation is getting – one member of the public reports that – “My sister-in-law is, single-handedly, looking after 16 elderly patients in a care home in the UK. All other staff are now self-isolating. There is no proper provision of PPE and a patient has died recently of COVID-19. No staff have been tested.”

The scandals are brewing. They are not just around the dying and numbers of fatalities in hospitals and care homes. They are not just about a lack of PPE and ventilators. Soon the government will be swamped with unemployment claims and business survival claims just as the pandemic reaches its peak. There is also the number of people dying unnecessarily as a result of not going to hospital. In addition, there are children dying and then there are the deaths related to the economy going into a nosedive. It all boils down to when the government decided to take action – which was too late.

There is every possibility when the COVID-19 crisis becomes more manageable that public opinion will focus on the cause of their frustration and anger and do something about it the more it affects them. The Suez Canal crisis brought down the government – so did the ‘winter of discontent’ in the late 1970s. Don’t misunderestimate the scale of this brewing scandal – it is sure to boil over.