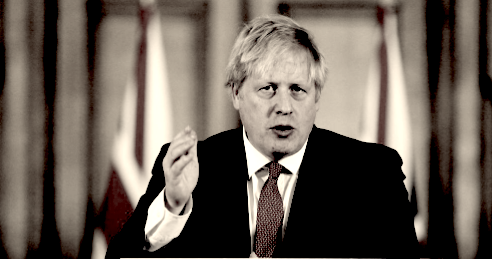 It was only one month ago that Big Brother Watch, the Civil liberties group warned that the Coronavirus Bill contained the “most draconian powers in peacetime Britain” and urged close scrutiny from Parliamentarians. It was ushered through and became an Act of Parliament without scrutiny or protest. If the COVID-19 crisis vanished tomorrow the Act still empowers police, immigration officers and public health officials to demand documentation; detain and isolate members of the public potentially indefinitely, including children; and forcibly take biological samples for testing. It permits prohibition of public events and gatherings without standard protections for strikes and industrial action that exist in the Civil Contingencies Act 2004. And it weakens safeguards on the exercise of mass surveillance powers by quadrupling time review limits for urgent warrants.

The Act also gives HMRC unprecedented new powers giving access to individuals’ or company bank accounts and includes being able to seize funds at will. It has also been given powers described as ‘functions’ – which means it can do anything with ‘connected purposes’ whilst providing no clarity on what ‘functions’ relate to in an HMRC context.

The Act enables the government to restrict or prohibit events and gatherings in England and Wales during the pandemic in any place, vehicle, train, vessel or aircraft, any movable structure and any offshore installation and, where necessary, to close premises. It provides a temporary power to close educational establishments or childcare providers, extended to cover Scotland and Northern Ireland, where there is no equivalent legislation. It has new powers over airports, seaports and rail terminals. Local/national elections are cancelled along with referendums.

Due process, civil liberty and human rights are effectively terminated.

Operation Yellowhammer predicted a “rise in public disorder and community tensions” as a result of Brexit – and laws were prepared to contain protests and put the army and its reservists on notice.

The government attempted to pass these laws for two years but reduced it to ‘six monthly reviews’ after civil liberty organisations became vocal.

The big problem, as is always the case is when this crisis is over, what still remains in place.

Edward Snowden, the whistleblower who leaked information on America’s National Security Agency, has warned that governments may use the coronavirus to curtail freedoms.

In an interview with Vice he said that governments may take advantage of the pandemic to impose authoritarian rules on populations.

“As authoritarianism spreads, as emergency laws proliferate, as we sacrifice our rights, we also sacrifice our capability to arrest the slide into a less liberal and less free world. Do you truly believe that when the first wave, this second wave, the 16th wave of the coronavirus is a long-forgotten memory, that these capabilities will not be kept? That these datasets will not be kept?”

Snowden warned that while Governments may have good intentions as they build technologies such as contact-tracing apps, they are building what he describes as “the architecture of oppression”. Snowden also claimed that, based on his experience working for intelligence agencies, the pandemic should have been predicted. In Britain, it was not only predicted but in 2016 the health service was tested for a pandemic. It failed on intensive car beds, emergency wards, PPE and ventilators. That report was then suppressed by the government as it progressed its privatisation programme.

Snowden told Vice, “There is nothing more foreseeable as a public health crisis in a world where we are just living on top of each other in crowded and polluted cities, than a pandemic. Every academic, every researcher who’s looked at this knew this was coming. And in fact, even intelligence agencies, I can tell you firsthand, because they used to read the reports had been planning for pandemics.”

Earlier this month, Apple and Google announced they would work together to create contact tracing technology that aims to slow the spread of the coronavirus by allowing users to opt into a system that catalogues other phones they have been near.

They will work together with governments on technology that will allow mobile devices to trade information via Bluetooth connections to alert people when they have been in close proximity with someone who has tested positive for COVID-19.

The technology will first be available in mid-May as software tools available to contact tracing apps endorsed by public health authorities.  However, Apple and Google also plan to build the tracking technology directly into their underlying operating systems in the coming months so that users do not have to download any apps to begin logging nearby phones.

It is right that Government takes rapid and robust action, but good laws are rarely made in haste and rights are too often the casualty of a crisis.

And whilst we all accept these are exceptional times and the government must respond, it is also true to say that these executive powers are able to further enrich the already wealthy at the expense of the public. Make no mistake, they will look to retain as many of these powers as possible for as long as possible to push through their political agenda.

And just as 9/11 became a conduit for a huge erosion of our civil liberties with a raft of ‘protective’ laws that did little to protect us and a lot to make us all more vulnerable to the state and its agencies – we must demand such authoritarian measures wholly, no matter who says they’re ‘necessary’ are withdrawn in their entirety when the crisis is over.

As Justice Gap says –  “it is vital, particularly at such a time, that we do not allow the state to run roughshod over our civil liberties.”

The government has been given no mandate to erode our civil liberty or to extend its powers to the point of entering authoritarianism.