The real reason why the gov’t is offering £60,000 to bereaved families of COVID19 medics 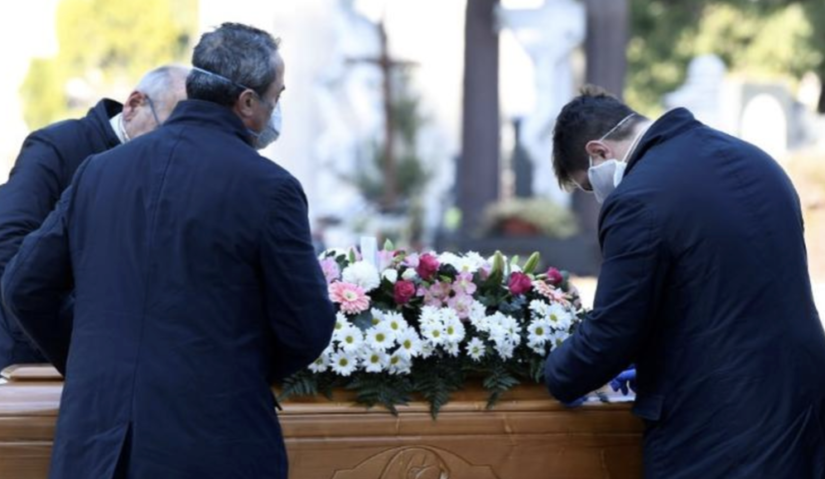 On March 20th TruePublica published the story about the UK government that ran a national pandemic flu exercise back in 2016. It was codenamed Exercise Cygnus. The report of its findings was not made publicly available as part of the general antipathy towards the NHS in general by the Conservative party. The then chief medical officer Sally Davies, commented on what she had learnt from it in December 2016.

Our article quoted Sally Davis who is on record to have said – “We’ve just had in the UK a three-day exercise on flu, on a pandemic that killed a lot of people,” Sally Davis told the World Innovation Summit for Health at the time. “It became clear that we could not cope with the excess bodies,” she ominously warned. One very predictive conclusion was that Britain, as Davies rightly said, faced the real threat of totally “inadequate ventilation in a future pandemic”. Davies was, of course, referring to the need for ventilation machines, which keep oxygen pumping in patients critically ill with a respiratory disease such as the coronavirus.

Despite the severe failings exposed by Exercise Cygnus, the government’s planning for a future pandemic did not change after December 2016. The government’s roadmap for how to respond to a coronavirus-like pandemic has long been available online, and the three key documents – the 70-page “Influenza Pandemic Preparedness Strategy”, 78-page “Health and Social Care Influenza Pandemic Preparedness and Response” and 88-page “Pandemic Influenza Response Plan” – were published in 2011, 2012 and 2014 respectively.

What is striking about this particular exercise and subsequently published plans, was that these plans were properly tested and emphatically failed, yet these documents were not rewritten or revised and provided no new preparedness recommendations towards what would happen in the event of another virus outbreak, which was expected in due course. One thing that was wholly accepted was that the health services would not be able to cope in a pandemic.

What is telling even as far back as 2011 and repeated in each preparedness strategy is that, “Critical care services are likely to see increases in demand during even a mild influenza pandemic. In a moderate or severe influenza pandemic demand may outstrip supply, (and) … it may become necessary to make decisions concerning the priority of access to some services.” In other words, the outlook for a serious outbreak is that many people would die.

On March 26th, well before the UK’s meteoric rise of C19 deaths, TruePublica publishes a report that the government had, for some unknown reason downgraded the COVID19 pandemic

In that report we concluded with these questions:

The answer to all of our questions now appears to be a resounding yes.