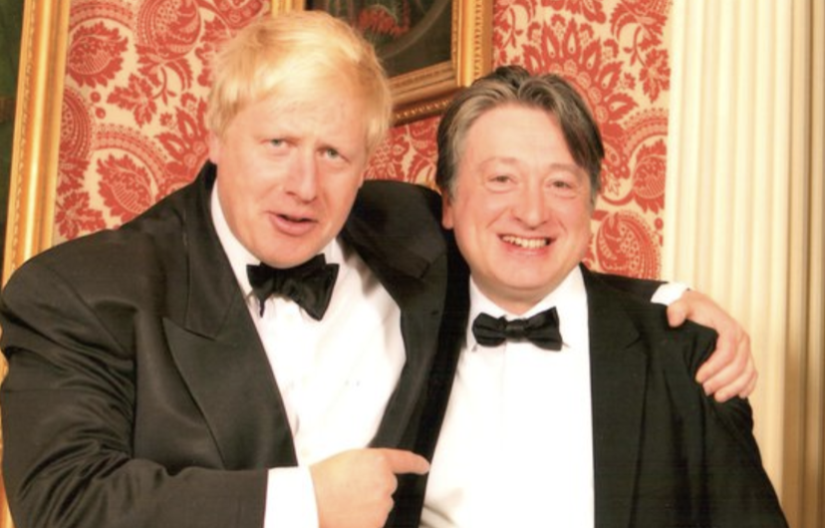 TruePublica Editor: The main thrust of this whitewash of a report was this – and I quote – “the security services actively avoided looking for evidence.” This long-awaited and hugely redacted report was, by any stretch of the imagination deplorable in every sense. If this is the best that the Intelligence and Security Commission of Parliament can spew out – then you know Britain is in big trouble.

It acknowledges that the UK has long had a welcoming attitude to Russian money – but we’ve known that for years. The report notes that this approach has turned London into a “laundromat” for dirty money – as if somehow this was new information. The suits in the City of London have been lining their pockets with millions every day in mass money-laundering operations on behalf of the Russians for years – we knew that.

One key paragraph says: “Several members of the Russian elite who are closely linked to Putin are identified as being involved with charitable and/or political organisations in the UK, having donated to political parties”. Their “public profile” allows them to “assist Russian influence operations”, the ISC says. The only reason that “several members of the Russian elite” are not mentioned by name is that they have undue financial and political influence inside Downing Street and it would be too embarrassing for this government and the security services to have to admit that much.

It adds that Russian business and intelligence are “completely intertwined” in Britain’s political sphere.  It is clear that oligarchs who live and invest in London are following the Kremlin’s geopolitical agenda, as well their own private interests. And if they are not – why even bother mentioning them. And if the ‘intelligence services’ do mention them, presumably they know who they are.

Not a single word is mentioned in this report about Russian money injected into the Tory party. Not a single sentenced strung together that points the finger at a Tory party immersed in dirty Russian money – who want payback for their investment. The report refers to ‘open source’ material that the intelligence services use – meaning, stuff on the internet. For all of their surveillance powers, the tens of billions of taxpayers money, they didn’t care to look – or were not capable enough. Either way, one thing is clear – they aren’t up to the job of protecting Britain from the dangers of a modern hostile new world order.

Page 15, Paragraph 53 Russia Report – the length of the redaction replaced with *** is unknown

Below is the first page of Google results typing in the keywords Tory Party Russian Donors. This is hardly an arduous task for anyone with an internet connection. What does it reveal other than millions of illicit cash bestowed upon the Tory party in Russian cash?

The links above are a selection of dozens of reports attributing tens of millions of Russian cash infiltrating the Tory party. Can you imagine walking into your local Barclays bank branch and depositing a few hundred thousand or so and responding to “where did this lot come from‘ with ‘Putin’s mate‘ and not being arrested within five minutes?

The report concludes we all have to be a bit wary of social media and we should take the hint that Russian hitmen wandering the streets of London and Salisbury is a clue that the people in charge should take a bit more notice.

This story will wash over the public who are already distraught with a pandemic and distressed with what realities Brexit is to bring in just 20 weeks time. The fact that we have a Prime Minister who cares little for anything other than his own personal agenda, including this report is very, very worrying. Johnson’s response to requests by the security services is that no further investigation will take place.

TruePublica readers will know that we never supported Jeremy Corbyn but we consistently said that voting for him would be infinity less damaging than Boris Johnson’s government – and that has now been proven to be the case. You can’t imagine the media furore that would have been created if Corbyn’s Labour had even been a tenth as deeply involved in Russian dirty money as Boris Johnson’s Tory party is.

The ISC, Parliament, the Conservative Party, and the intelligence services combined have taken the view that the British public are all completely stupid with the publishing of this report. And it chose to do so on the very day that the Tories overwhelming majority dealt a fatal blow to Britain’s NHS. Its is now part of the US/UK trade deal, make no mistake about that.

Really, this report says one thing and one thing only. Britain is no longer the force it once was. It is incapable of producing true leaders and incapable of standing up for itself in a world of bullies and thugs. This report really says that Britain needs the European Union because it simply isn’t adult enough to do what is right and act properly on its own.

The Tories need dirty Russian money in place of its long dwindling membership fees and it is just as obvious that without the Russians – the Tory party would be insolvent. In so doing it has become a party defined by its immorality.

The committee concluded that because the UK’s paper voting system is difficult to directly tamper with, Russian efforts were focused on swaying public opinion through a combination of traditional media, “bots” and “trolls,” hacks, leaks and more traditional routes such as handing over piles of cash to political parties – in this case, the Tory party. But we shouldn’t forget, that these findings are based primarily on the research of journalists and others, and not the UK intelligence agencies and government. Boris Johnson’s reaction was to shrug his shoulders and tell us all to move on.

If anything, this report points to David Cameron, Theresa May and Boris Johnson who stand accused of subverting British democracy by accepting money from a high-risk hostile state actor with malign intent. The security services have spent their time viewing the public as the enemy whilst the actual enemy walks the corridors of power pulling levers at will. In the meantime, the British public has donated millions to think tanks, charities and activists to defend their civil liberties, privacy and rights in the highest courts in the land over the last decade, while an immoral and degenerate state has been entertaining a criminal adversary at a banquet paid for by taxpayers.

What has Britain come to – except being an international laughing stock? It’s clear, Britain is up for sale to the highest (corrupt) bidder.

We will, as John O’Guant said in 1399 in his “sceptred isle” speech – “lease out the country as a plot of land like a ‘tenement’ to a leader who has surrounded himself with flatterers and will allow the once-great nation to go to ruin.

John O’Guant prophesied a civil war over the political machinations of England’s degraded governance. In the end, these wars established the rule of parliamentary consent – the very thing to be sacrificed with Russian money, with Brexit and the coming US corporate takeover of Britain.

Apparently, this is what taking back control – looks like.