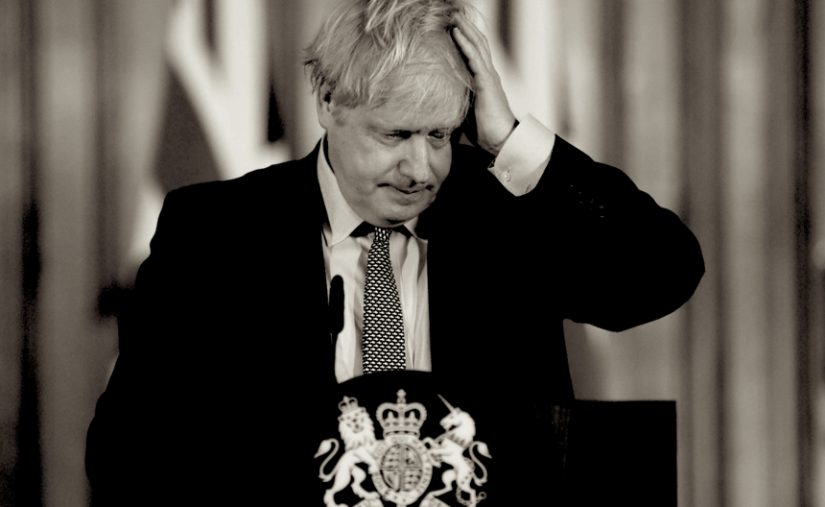 The Spectator Magazine is owned by the Barclay Brothers, who also own The Telegraph newspaper. The tax-avoiding Barclay brothers are billionaires and amongst other things in this life – they want Brexit because it will personally enrich them. And so The Spectator, a right-of-centre weekly magazine follows editorial orders. That is, until last week when even they could no longer support the vacuous failings of a lazy Prime Minister, who is unable to demonstrate leadership on any level in the midst of a public health and economic crisis.

Alex Massie who is a columnist for The Times and Sunday Times wrote a piece for The Spectator, which they published last week entitled – “Boris Johnson Isn’t Fit To Lead.” The Spectator felt it was an important enough piece that they decided to unlock it from their paywall.

Massie kicks off by saying that it remains mightily difficult to construct a coherent defence of the Prime Minister’s recent actions over the pandemic and in his defence of Dominic Cummings.

“There is little escaping an obvious reality: this is a prime minister without clothes. The country can see this, even if cabinet ministers and Tory MPs pretend not to. He is what he is and he is not up to the job. In sunnier times this might not matter so very much but these are not the best of times and, right now, a significant portion of the Prime Minister’s responsibilities are wrapped up in his ability to inspire confidence. He is the captain of the ship and voters are entitled to think he is paying attention. No such reassurance has been forthcoming.”

Massie is being charitable. These are the worst of times. Britain is now facing a crisis of just about everything. The Covid-19 pandemic needed real leadership and the country proved it was united behind the PM’s call, especially when Boris Johnson found himself unwell and in hospital. However, the second he left hospital, his leadership, if ever there was any, disintegrated. It vanished as people died, as carefully nurtured businesses were threatened, as unemployment skyrocketed and as millions of people – ill with other ailments suffered at home.

Johnson ended up fighting a public relations war with the media, and many senior members of his own party along with Tory donors whose assets are threatened, teachers, the NHS, scientists, expert advisors and more.

Saving Dominic Cummings then became an obsession and behind the fires now surrounding No10 Downing Street, Brexit kicks off with chlorinated chicken and bricks are being thrown at police officers because, as we all know – Boris Johnson, just happens to be a racist.

How long before people, watching in horror as Donald Trump demonstrated in real-time his dictatorial brutality, understood the importance of Johnson’s ‘letterbox’ comments and of ‘dead bodies’ in Libya, and ‘that country Africa,’ with accusations of cannibalism and blatant racism comments such as “black people are ‘piccaninnies’ with ‘watermelon smiles.’

And just like in America, as each crisis arrives, public confidence in Downing Street has cratered. Massie rightly points out:

A better, more empathetic, Downing Street regime would have appreciated the need for contrition at this moment. Instead the government has doubled-down on arrogant dismissal. As is so often the case, a notional demonstration of strength and resolve actually reveals the deep weaknesses at the heart of this government. It has a majority in the House of Commons but public confidence is palpably waning.

And so here we are – staring a crisis like no other since the last world war – only to have realised that a fraud was voted into power. Johnson has shown himself to be incompetent and weak. Massie is pulling no punches when he says:

“If Boris Johnson cannot function without Cummings he is not qualified to be prime minister. The price of defending Cummings is admitting Johnson’s inadequacy.”

Johnson and Cummings are now on the offensive in the only way they know how – to lie, misinform, deceive and to ‘duck and dive’. And so treating the media with utter contempt may be one thing, but getting around the very principles of democracy with the mendacity of Jacob Rees-Mogg’s 50 MP’s in the House of Commons vote only shows that democracy isn’t important to these people. It truly is one rule for them and another for everyone else. Treating the general public like this will come back to bite. They are watching and just as public confidence wanes, the vacuum is refilled with anger. Massie’s anger is palpable:

“The spectacle of intelligent people deliberately peddling nonsense is often aggravating but it’s rarely as enraging as it is now.”

From a public relations point of view, Johnson now needs the cutest bunny out of the most velvety of hats because it is true to say that we enjoy a situation in which the Prime Minister’s approval ratings appear to be correlated with his appearances in public. In fact, it’s worse really because now he only has to speak and people realise he is actually saying nothing. It is a matter of record that in this crisis, the more often he is seen or speaks, the lower his ratings go. A huge twenty point lead over newly appointed Keir Starmer has been sacrificed to save Cummings. No such effort went on saving 60,000 people and when it was applied, it was, as they say, too little, too late.

After witnessing these events as we all did, The Spectator concludes that the “prime minister is painfully out of his depth.” This is what happens when honesty and integrity, commitment and accountability are the weakest of characteristics in a leader. In reality, Johnson is a self-aggrandising fake, built on PR slogans delivered through social media – and now we all know it.

When you have internal back-stabbing going on, the Church of England, the police and much of the right-wing press, including The Daily Mail against you – you know you’re in trouble. The Daily Mail has been critical because even it can see its own credibility been burned by supporting Johnson. Yesterday, it reported that a huge political split is emerging between Johnson and Chancellor Rishi Sunak and that Sunak is even encouraging it. It also reports that Johnson now needs several naps a day just to keep up after his Covid infection.

The splits are over Brexit, Britain’s relationship with America, China, the EU and more importantly – “sources also claimed that a rift has opened up over coronavirus strategy.” (TP will not provide links to the Daily Mail).

Amongst all of this, the Chinese embassy in London is understood to have passed on warnings that it will take ‘economic revenge’ if the Johnson Government continues to meddle in its affairs over Hong Kong – or goes ahead with its rumoured U-turn on letting Huawei help to build the UK’s 5G mobile phone network.

At this point, it is not possible to conclude anything else but that Boris Johnson’s government is in serious trouble. The word being touted about in the parliamentary bubble and political commentariat right now is about Johnson’s future and not if, but when he goes.

It would be true to say, as The Spectator published and The Times columnist says –  that Boris Johnson is not fit to lead – either physically or otherwise.