“The stench of corruption could hardly be stronger” 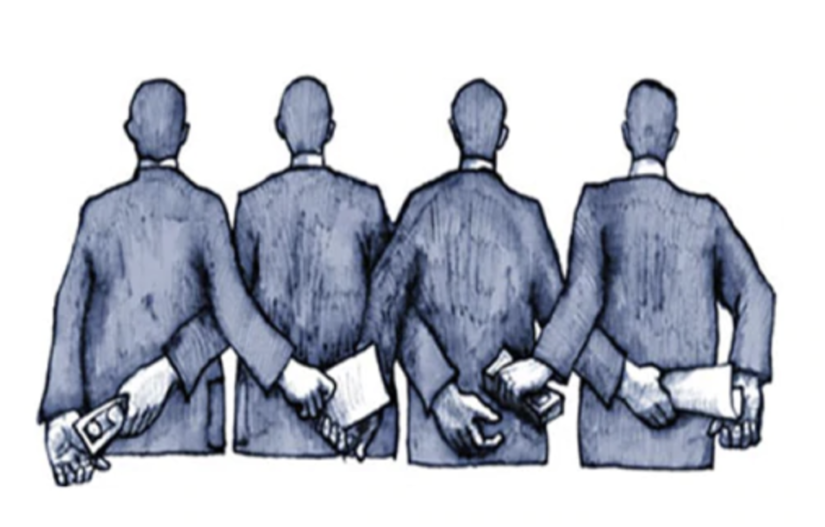 By TruePublica Editor: It’s exhausting following this government. They appear to have less boundaries or rules that they won’t break. And there are some rules for those in office because it is they that are supposed to be the ones with the moral authority to lead – or at least there used to be.

Take Professor Neil Ferguson. He is a British epidemiologist and professor of mathematical biology, who specialises in the patterns of spread of infectious disease in humans and animals. We’ve all heard about him recently as he advises the government on the COVID crisis. He is also the director of the Abdul Latif Jameel Institute for Disease and Emergency Analytics (J-IDEA), head of the Department of Infectious Disease Epidemiology in the School of Public Health and Vice-Dean for Academic Development in the Faculty of Medicine, all at Imperial College, London. He was the guy who modelled the 2001 Foot & Mouth outbreak in 2001, Swine Flu in 2009, MERS in 2012 and Ebola in West Africa in 2016. He has an OBE, is a Fellow of the Academy of Medical Sciences and an International Member of the US National Academy of Medicine. He is the type of person Britain needs right now.

However, he has quit as a senior government adviser on coronavirus after admitting an “error of judgement.” You’d think he was quitting because his model was way out and people had died. No, he had his girlfriend round and shock-horror – broke social distancing rules. The mainstream media also homed in on the fact that said girlfriend was ahem … married.

Boris Johnson concluded three months ago that Ferguson was just another one of those upstart ‘experts’ who was over-reacting and relegated that information behind more the important matters of taking an undeclared holiday in Mauritius from a Tory donor.  Leaving aside the fact that the PM had left his wife, announced it while she was having cancer treatment, that he was off with someone else who was now pregnant, more importantly, a few weeks later Britain suffers the Worst COVID performance in Europe.

And with a philandering PM tangled up in an election involving the police, National Crime Agency and Electoral Commission and accusations of misuse of funds in public office and an undisclosed Russia Report swirling around the media – it’s hardly surprising that the team around him think that there are no boundaries either.

Not satisfied with what many would describe as an immoral entry into politics, let alone Downing Street – it appears that this habit of rule-breaking now goes as far as pumping millions of desperately needed taxpayer cash into the mainstream media to push their brand of propaganda upon newly deceived electors.  The excellent Byline Times reports that – “the whole affair could hardly be more sleazy and murky, but the truth is now clear: the Government is giving tens of millions of pounds of taxpayers’ money to the corporate press, including the Daily Mail and the Sun.”

In essence, the story is about a secretly-negotiated subsidy provided exclusively to members of the News Media Association (NMA), the umbrella body for the corporations that own most of the national and regional press. Here, we have exposed the fact that millions of pounds of taxpayers money is going to newspaper groups owned by billionaires of questionable tax standing to support the government in return.

Byline Times quite rightly points out that in a real democracy, “no single political party – in government or otherwise – would ever be allowed to dish out money to news organisations that are supposed to scrutinise its activities on behalf of the public.”

It is not as if Boris Johnson’s government haven’t been blowing public cash before like this as they got caught red-handed prior to the December election. They were openly – “accused of going on a spending spree using taxpayers’ money to woo voters in swing seats in the run-up to the general election.” Many of the ads went out without disclaimers saying who was paying for them and were not recorded by Facebook as even being political in nature. This is against electoral commission rules that exist to protect our democracy. “It is an example of how the government is merging political activity with the arms of government in its own political interest,” said opposition MP Ian Lewis.

Then we have this centralised COVID-19 tracking App that the government has decided to go alone on while the rest of the world uses the highly scrutinised Apple/Google system. This App has failed all of the basic safety tests required including cybersecurity, performance and clinical safety. Leaving aside huge privacy issues, it just happens to be that once you’ve downloaded the App, you cannot request your data to be released to you or deleted, is against GDPR regulations and said data can be used by anyone the government deems fit to use it. So bad is it that the government could now be taken to court for its breaches of privacy.

Needless to say, it turns out that Dominic Cummings (at the centre of very many of these scandals) has hired ex Cambridge Analytica employees (all ex because CA went bust after that scandal broke), who created its own data and artificial intelligence team and are now sitting in the same offices as our government. It is also reported these people have won at least seven government contracts in short order – and another reports that they got them without proper due process. Conflict of interest almost seems to be a prerequisite characteristic to walking the corridors of Westminster these days.

As if all that lot isn’t bad enough, it appears that SAGE, the group of experts advising the government on the correct actions to take to navigate the COVID-19 crisis are in fact politically interfered with by none other than… Dominic Cummings.

Sir David King, who worked under Tony Blair and Gordon Brown in a similar role, has set up a fully transparent ‘shadow’ advisory group and intends for it to look at ways out of the coronavirus lockdown. Sir David said of government advisors being on SAGE – “So there are two voices from the scientific advisory group and I think that’s very dangerous because only one of the two understands the science.”

A lengthy analysis of government corruption was undertaken by Democratic Audit in late 2018 which concluded that transparency and openness was already threatened and “despite British politicians’ evident conviction that the UK’s experience holds lessons for the world, some serious gaps in anti-corruption policies remain.”

It is sad to have to agree with Byline Times who conclude that the “stench of corruption could hardly be stronger.”