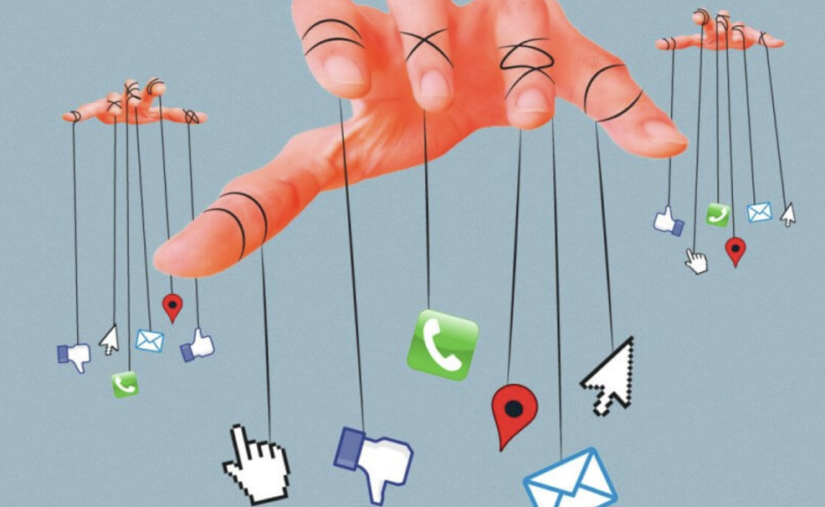 Over the last two years, the Cambridge Analytica/Facebook scandal has leaked out providing a window into extreme political manipulation and meddling in the natural outcome of elections. Cambridge Analytica, the disgraced data analytics firm, conducted work for the Leave.EU campaign and the UKIP ahead of the 2016 referendum on EU membership. And now, the political abuse of privacy and manipulation of voter outcomes it is getting out of control as we head towards the next general election.

Christopher Wylie, the former Cambridge Analytica employee in question, is known for leaking documents to journalists that showed how Cambridge Analytica harvested the data of millions of Facebook users without their consent, using it for targeted political advertising.

Before Brexit, the campaigns of Donald Trump and Ted Cruz paid over $5 million each to CA – according to details in Wylie’s book “Mindf*ck: Cambridge Analytica and the Plot to Break America.”

In an excerpt published in New York Magazine, Wylie says the firm used focus groups and qualitative observation to learn what Facebook users are interested in, including term limits, “draining the swamp,” guns, and building walls to keep out immigrants. Wylie says that the firm was already exploring these ideas in 2014, before Trump’s campaign.

Cambridge Analytica came up with ideas for how to best sway users’ opinions, testing them out by targeting different groups of people on Facebook. It also analyzed Facebook profiles for patterns to build an algorithm to predict how to best target users.

“Cambridge Analytica needed to infect only a narrow sliver of the population, and then it could watch the narrative spread,” Wylie wrote.

Based on this data, Cambridge Analytica chose to target users that were  “more prone to impulsive anger or conspiratorial thinking than average citizens.” It used various methods, such as Facebook group posts, ads, sharing articles to provoke or even creating fake Facebook pages like “I Love My Country” to provoke these users.

“When users joined CA’s fake groups, it would post videos and articles that would further provoke and inflame them,” Wylie wrote. “Conversations would rage on the group page, with people commiserating about how terrible or unfair something was. CA broke down social barriers, cultivating relationships across groups. And all the while it was testing and refining messages, to achieve maximum engagement.”

With Britain’s EU referendum, all these skills were used to target a proportion of the population in several ways. The first was to change the minds of those on the fence. The second was to discourage some from voting in the first place and targeted others to vote who would not necessarily do so. “Voter engagement’ and ‘disengagement’ tactics is just as strong as getting someone to vote the way you want.

This morning, Sky News revealed that the Liberal Democrats are profiling every voter in the country by rating their political preferences. This includes which party they will vote for in the next election and whether they are a Remainer or Leaver. They also use software which estimates the age and first language of voters by analysing their names and employed “consumer/market research data”, which it bought from a third party. This information on lifestyle and financial behaviour will be used to target voters in specific areas. The only reason why political parties do this is to ‘persuade’ voters. But that all depends on the tactics and indeed if the data was given with consent and then sold legally. The actuality is that neither explicit consent is given and no-one cares about the legality of data acquisition.

A different political campaigning tool employed by Boris Johnson, Donald Trump, and the SNP has been buying data on British voters from a company accused by Facebook of violating its users’ privacy.

NationBuilder, a voter management system which was used by up to 200 groups in the 2017 general election, paid an American company called FullContact to scour the internet for social media accounts belonging to voters, which it then offered to its own customers. Again, this is illegal.

The Conservatives were also caught in another data harvesting breach just a couple of months ago as they started preparations for a snap general election. Even their own website harvests the data of site visitors.

In another privacy scandal reported by TruePublica – “The government have just been given the go-ahead by the highest court in the land to do whatever it likes when it comes to citizen data. And that even includes losing ‘haystacks’ of mass data, when MI5 admitted to the court in a battle with Liberty over the Investigatory Powers Act that it had in fact done just that. The court even acknowledged that MI5 were found to have used “extraordinary and persistent illegality‘ in their actions. However, unlike any other entity – MI5 won’t be fined – and are not really accountable anyway.”

This government has now unfettered access to the most private and sensitive citizen data of any democracy in the world – and that is in the hands of Dominic Cummings right now.

The reality is that the government, along with other political parties and their campaigners don’t care what the rules are or what laws might exist. Abusing privacy laws is fair game when it comes to campaigning for office.

Just two weeks ago the National Crime Agency unexpectedly decided to stop investigating a series of claims against the Brexit campaign group Leave.EU and the businessman Arron Banks. The NCA said no evidence of crimes had been found and no further action would be taken against the pair, or the campaign groups Better for the Country Ltd or Leave.EU.

What this has done is given a green light for political meddling, be it from domestic ‘actors’ of foreign-based individuals. Think tanks and front charities will now breath a sigh of relief as their involvement has been considerable in what has been seen as a large scale propaganda campaign in favour of Britain leaving the EU.