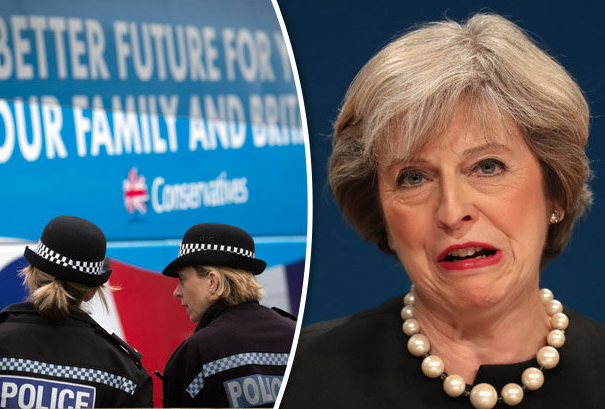 By TruePublica: To be as impartial as possible for this series, which obviously only includes the Conservative and Labour parties (as the last Liberal government was in power exactly 100 years ago), the criteria used for this research of political scandals covers a period from 1993 to the present day. This then gives 13 years to each party in power, including the Con/Lib coalition of 2010 to 2015. In that time there have been 35 listed political scandals.

What is interesting is that when a party is in power, the scandals rack up quickly, when they are out of power the opposite occurs. Clearly, this has a lot to do with greater journalistic scrutiny and holding power to account.

Of that number, 15 are attributed to the Conservatives, 16 to Labour and 4 to other political parties. The parliamentary expenses scandal, Westminster sex scandals and Cash For Influence (2010 – not to be confused with 2009) scandals have been left out as they involve both parties to a greater or lesser extent, which would over complicate this report.

Political scandals have changed considerably over the decades. A watch given by Michael Mates in 1993 to Asil Nadir was considered a scandal at the time (What subsequently happened after was that Mates privately accused MI6 of being behind the prosecution of the former Polly Peck chairman, then a fugitive from British justice). Compare that to the recent scandal involving the Conservative party blocking a major money laundering investigation into LycaMobile, one of their biggest donors.

Lastly, it’s important to understand what is a scandal. The top 10 are listed as those formally listed in encyclopedias. However, there are many more scandals that are not – and there is an additional list of examples of those below.

In chronological order the top 10 political scandals involving the Tories since 1993 are:

Cash for questions  – Lobbyist and bribery -1994

Cambridge Analytica – high profile donors to both the Conservative Party/Leave.EU – 2018

Other scandals not listed rather bizarrely have a much greater impact on society than some of those listed above. Leaving aside the Tory party obsession with killing off its own Prime Ministers over the European Union that eventually led to Brexit there have been many others – mostly driven with a profit motive against civil society.

To name a few is not hard to do at all.

The privatisation of the NHS after stating the organisation was in safe hands, has turned into a national crisis. There are additionally numerous examples of rampant profiteering by reckless Tory policy. Just one of many, was the sale of the national blood bank to an American outfit, who sold it on to the Chinese three years later and pocketed hundreds of millions.

The Royal Mail sell-off also cost the taxpayer hundreds of millions, estimated by some at well over £500m. Banks, hedge funds and wealthy investors pocketed a fortune, some heavily connected to the Tory party. Another was the privatisation of the UK forensics service which has led to numerous court cases collapsing.

We could also list the biggest drop in housebuilding from 2010 to the present day causing a peak to the housing crisis with a help-to-buy scheme that will have gifted a total £20bn of taxpayers money to the largest housebuilders in the country. Ironically, that is about the same amount of money the NHS is to be given to help get it back on its feet in an attempt to save Theresa May’s political aspirations.

The employment of private contractors within the welfare system has squandered a fortune whilst enriching, mainly foreign corporations at the expense of the most vulnerable. Universal credit – another Tory scandal is a failure, it will lose astronomical sums of taxpayers money and achieve nothing but a bit more misery for those who have already had a good dose of it served up through austerity – itself a failed ideological project.

So there you have it. Labour will be in the next report in a day or so covering the same time frame, then an overall report in the series for the last 100 years. It will be interesting to see which party really is the nasty party.

The secrecy behind £130 million in donations to the Tories

Since 1946 – Labour has borrowed approximately £28 billion a year and the Tories £33.6 billion

Brexit – A glimpse into the next four years