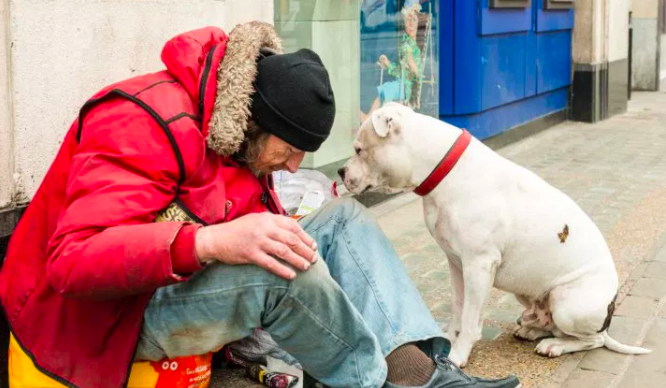 A council has been called “cruel and callous” for proposing £1,000 fines to homeless people sleeping in tents in the city centre.

Stoke-on-Trent council in Staffordshire is consulting on a public space protection order (PSPO) that will make it an offence for a person to “assemble, erect, occupy or use” a tent unless part of a council-sanctioned activity such as a music festival.

Anyone who fails to pay their £100 on-the-spot penalty notice can be prosecuted and fined up to £1,000 in court.

Ruth Smeeth, the Labour MP for Stoke-on-Trent North and Kidsgrove, said: “This is a cruel and callous policy to inflict on our most vulnerable in the lead-up to Christmas. We do have a growing problem with homelessness here in Stoke-on-Trent, but punishing people for their misfortune is no way to fix it.”

“It’s right and proper that the police take action to stop antisocial behaviour on our streets, but punishing the homeless simply for being homeless is appalling.

“In recent years we’ve seen local funding for drug and alcohol treatment slashed and support to tackle homelessness cut to the bone. Locking these people up or saddling them with debt they can’t pay will only make the problem worse.”

The PSPO is supported by many businesses in Stoke. Jonathan Bellamy, the chair of the City Centre Partnership, told the Stoke Sentinel: “In recent weeks I have personally witnessed in the city centre: two bottles of vodka smashed on the pavements; a drunken woman clearly out of her mind and damaging the front door of a building in Cheapside while children walked by; and a man urinating outside an empty shop in the Cultural Quarter at two in the afternoon.

“Millions of pounds has been invested in the city centre in recent years by the council and private businesses and thousands of livelihoods depend on this vital piece of our local economy. That should not be undermined by the ill-disciplined, destructive behaviour of a few people.”

The GMB union urged members of the public in Stoke to write to the council to oppose the measure, which is designed to stamp out antisocial behaviour. The council is consulting on the proposal until 15 December and says it is a response to requests from local business people, shoppers and visitors.

It would also criminalise sleeping in public toilets as well as “begging in a manner that is reasonably perceived to be intimidating or a nuisance”.

Stuart Richards, senior organiser at GMB, said: “Cuts to benefits, council funding and a lack of affordable housing have led to a massive increase in the number of people affected by homelessness across the West Midlands.

“We’re not going to solve the issues or causes around this by criminalising or punishing those who end up sleeping on our streets. GMB is asking the people of Stoke to take part in the council’s consultation to help to force a change in this proposal.”

Gareth Snell, the MP for Stoke-on-Trent Central, said: “Stoke-on-Trent’s approach to the homeless is seriously flawed. Fining those who have nowhere to go is unacceptable. But to compound the problem, they now plan to cut support for homelessness services in Stoke-on-Trent by £1m as a result of budget cuts.

“They are failing the very people we should be helping most.”

More than 3,000 people have signed a petition calling on the council to abandon the proposal.

Last year, freedom of information requests by the Vice website discovered that at least 36 local councils in England and Wales “have introduced or are working on PSPOs which criminalise activities linked to homelessness”.

A Stoke-on-Trent city council spokesman said: “No one is being fined for sleeping in a tent. This is a consultation only at this stage, under national public space protection order legislation – powers which a number of authorities up and down the country are already using. A number of options are being considered, aimed at addressing issues of aggressive begging and the kind of antisocial behaviour that all cities face. We’re looking at options because businesses and visitors to the city centre have asked us to. We encourage all feedback before the consultation ends on 15 December.”

“There is a range of support in place to help homeless people in the city. The city council has given one of its buildings to be used as The Macari Centre for homeless people, alongside work in partnership with organisations including Brighter Futures, Salvation Army, YMCA, Voices. We work closely with churches and have launched street chaplains teams to work in the city centre.”