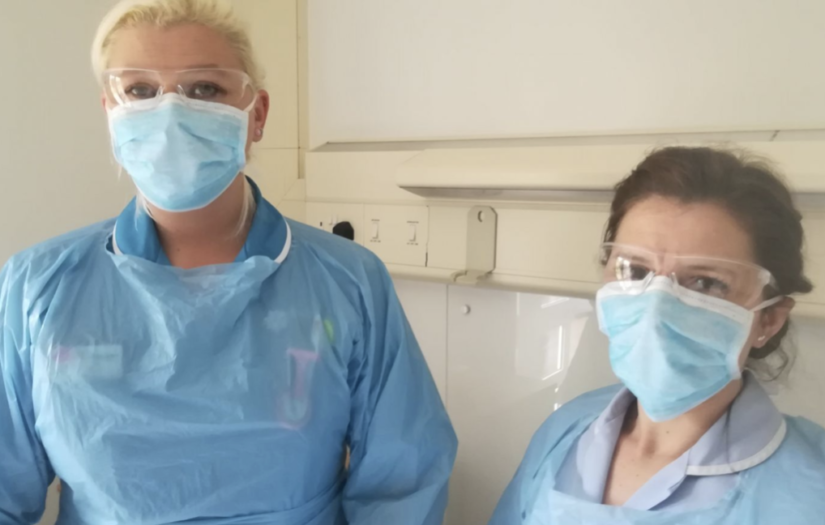 Over a month ago, TruePublica published an article that exposed the downgrading of COVID-19 as a dangerous infectious disease, known as a ‘High Consequence Infectious Disease’ (HCID) by the government. It was a mystery to some why the government would choose to do this against other infectious diseases that have killed very few. Indeed, one HCID that arrived on Britain’s shores only a few years ago killed just one person. In support of the government, we also reported that – “The Advisory Committee on Dangerous Pathogens (ACDP) is of the opinion that COVID-19 should no longer be classified as an HCID.”

We asked why it was that the entire country been put on lockdown if Covid-19 was not classed officially as a threat to public health.

Last week TruePublica published an article that explained why it was that the government had suddenly offered a £60,000 death in service payment to the families of medics who have died due to a lack of protective equipment in the COVID-19 pandemic. We explained that this extraordinary ‘offer’ by the government was more about defending itself against class-action lawsuits by the bereaved that was not far from becoming public knowledge. The £60,000 payments had strings attached and was in effect a bribe to silence those that could embarrass the government. We reported that the government was already preparing to fight a raft of negligence cases over its handling of the coronavirus pandemic.

openDemocracy has now learned that lawyers have insisted that any payouts to families of NHS staff who have lost their lives to COVID-19 must come with a legal warning that “the government accepts no liability for the death”.

Lawyers advising the Department of Health and Social Care are working out the legal framework after the announcement this week of a £60,000 ‘death in service’ scheme connected to the fight against COVID-19.

So far the prime minister and senior ministers have insisted that every decision taken by the government was the ‘right one made at the right time’.

Back in 2015, legal guidance was such that the starting point for corporate manslaughter offences should be £500,000. However, new guidelines imposed in 2016 increased the maximum penalty imposed to £20m for large firms. From a legal perspective, if a medic working for the NHS dies as a direct result of a lack of protective equipment, there is ample evidence that the £60,000 payment offered by the government could easily be just a tenth of the starting point.

“a clear sign that the government wants to appear compassionate, but recognised it must seriously prepare for the negligence claims it knows is coming down the line”

Linking the £60,000 payment to a legal caveat of ‘no responsibility’ is “a clear sign that the government wants to appear compassionate, but recognised it must seriously prepare for the negligence claims it knows is coming down the line”, said a leading barrister who specialises in medical negligence and spoke to openDemocracy on condition of anonymity.

The reported death toll for frontline health workers is expected to pass 150 in the coming weeks, as news of failings in the provision of personal protective equipment (PPE) continues.

Matt Hancock, the health secretary, has expressed a “deep personal sense of duty” to care for the relatives who have lost someone. However, his department’s lawyers have been more pragmatic by laying down guidelines that will determine who qualifies for the £60,000 scheme.

Despite the warning on liability, though, the government has stated today that the £60,000 payment will not prevent beneficiaries from pursuing further legal action.

While the death-in-service payments could cost the government below £10 million, legal experts have told openDemocracy that the likely bill for fighting further liability claims could be as high as £100 million.

Payment ‘does not go far enough’

An early indication of the territory negligence claims could be fought over, came from Intisar Chowdhury, the son of a doctor who died after contracting COVID-19.

During a radio show on Tuesday, Intisar Chowdhury told Hancock that his father – Abdul Mabud Chowdhury, a consultant urologist at the Homerton hospital in London – had sent a letter to Boris Johnson warning of early shortages of PPE, but it had been ignored. He asked: “Do you regret not taking my dad’s concerns seriously?”

Two weeks after sending his warning letter, Abdul Mabud Cowdhury passed away. Since then over 100 NHS and social care staff have died.

Intisar Chowdhury told the BBC: “The government’s response in not only handling the PPE crisis but the whole crisis, wasn’t the best.”

He described the £60,000 scheme as “a step in the right direction” but said it did not go far enough.

A former treasury solicitor, now working as a commercial lawyer, said Hancock could yet be forced to raise the payout level.

“Given the record UK deaths from COVID-19, this [£60,000] could yet become a down payment,” he said. “For many families an arduous road lies ahead, because any claims could have to wait on a public inquiry into the handling of this crisis – and that may take years.”

An investigation by the BBC’s Panorama programme highlighted deficiencies in the government’s plans to stockpile PPE and exposed failures in the supply and distribution chains that led to shortages of protective equipment where it was most needed.

The barrister with experience of handling claims against the government said: “The sum of £60,000 is very little if the deceased person was working and had dependents at the time of working.”

He agreed with the former treasury solicitor that if settlements were reached with the government in respect of future claims, the £60,000 payment would probably be seen as a credit and deducted from the award in any successful claim.

“This scheme is a reasonably compassionate measure if it gets money to families quickly,” the lawyer said. He added: “If, however, there are significant hurdles to overcome, or its design effectively supplants civil claims, then it most certainly is not compassionate.”

The scheme, according to the Department of Health and Social Care, will require:

In other words, families of frontline NHS staff who die will not automatically receive a payment. They will have to apply for it and the NHS Business Services Authority will conduct a “verification process” before the money is given.

The health department said that the scheme would “permit the secretary of state to consider exceptional cases which may not fall within the eligibility criteria”.