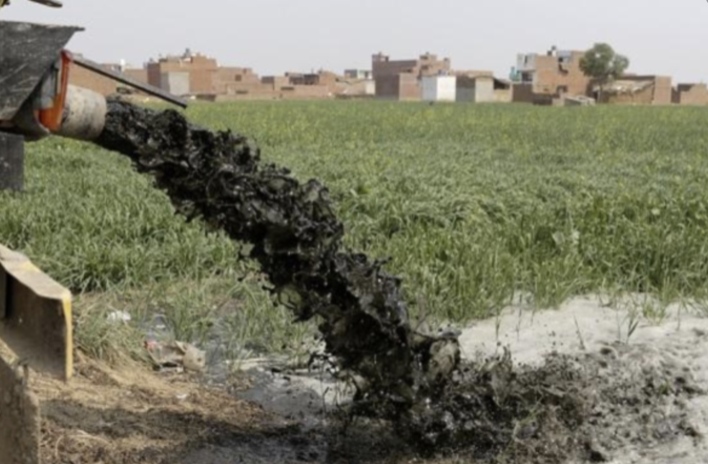 The UK is importing thousands of tonnes of sewage sludge to be used on farmland despite serious health and environmental concerns over the controversial practice, Unearthed can reveal.

Documents obtained using freedom of information rules show that the Environment Agency (EA) has approved shipments that would see the arrival of 27,500 tonnes of sewage waste “for agricultural benefit” from the Netherlands, a country which has effectively banned the use of sludge from human sewage over concerns about toxicity.

Last year the Netherlands’ leading incineration plant closed four of its six incinerators leaving a significant surplus of sludge, which has been sent to the UK in 15 shipments that due to begin last November and conclude this winter.

The sludge arrived even as the EA was grappling with numerous safety and environmental concerns raised by its own unpublished report into UK-based landspreading. The report was revealed by an Unearthed investigation with BBC File on Four earlier this year.

It warned that sludge widely used as fertiliser is contaminated with dangerous “persistent organic pollutants” like dioxins, fuerans, and polycyclic aromatic hydrocarbons at “levels that may present a risk to human health”.

It also found that these sludges were widely contaminated with microplastics that could ultimately leave soil “unsuitable for agriculture”.

A source within the agency told Unearthed that they are concerned it is ignoring rising risks to human health and the environment from the landspreading of sewage sludge. The imports will also raise concerns that the UK could even become a dumping ground for EU toxic sludge after Brexit.

Rock star turned environmental campaigner Feargal Sharkey told Unearthed: “This is ​another stark illustration – as if one was needed – of the systematic and comprehensive failure of the Environment Agency to protect us and the environment.​”

A spokesperson for the EA said: “We take our responsibility to protect the environment very seriously and our new sludge strategy ensures how farmers’ use of this fertiliser is based on the latest scientific data.”

“While spreading waste can have beneficial impacts on the land when used as a substitute for manufactured fertilisers, we are clear this practice must not harm the environment. We will not hesitate to take enforcement action against those who fail to manage any risks appropriately – including prosecution in the most severe cases.”

Farmland is the ultimate destination for the majority of the UK’s sewage sludge, which is the human faeces and other solids left behind when wastewater is cleaned. According to the water industry, around 78% of the country’s treated sludge – 3.6m tonnes – is spread over agricultural land each year.

But an EA probe obtained by Unearthed earlier this year warned that rules governing this practice were written decades ago, and have not changed to reflect the complex mix of contaminants sludge now contains.

In addition to widespread contamination with organic pollutants such as polychlorinated biphenyls (PCBs) and perfluorooctanesulfonic acid (PFOS), the investigators discovered that almost all treated sludge samples they tested contained the weedkiller glyphosate and the antimicrobial triclosan, which scientists believe may cause antibiotic resistance. The report did not investigate sludge imported from elsewhere.

In many other European countries, however, the limits for such contaminants in sewage sludge to be used as fertiliser are far tougher than in the UK.

And in the Netherlands, from where the UK is importing tonnes of sewage sludge, the legal limits are so stringent that the practice has been effectively banned for more than 20 years.

The water industry disputes the characterisation of sewage sludge landspreading in the EA report, describing it as having “serious issues.”

The Environment Agency last month launched its long-awaited sludge strategy, which it claims will deliver a new regulatory regime for the landspreading practice by 2023. In January, Agency officials told Unearthed the end result would likely not include limits for trace amounts of the toxic chemicals listed in the report.