US red lines for digital trade with the UK cause alarm 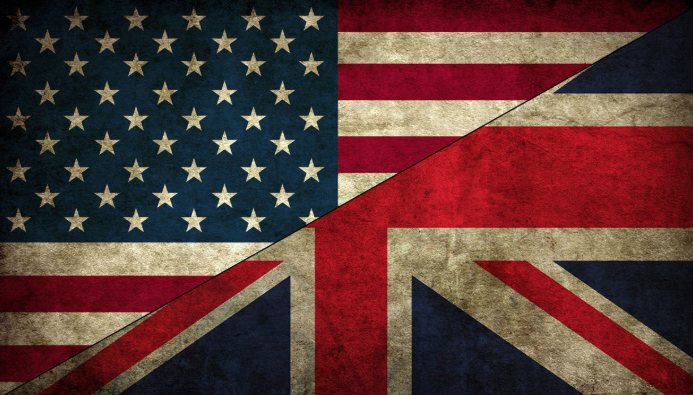 By Javier Ruiz – Open Rights Group: The US government has published its negotiating objectives for a trade deal with the UK, which includes some worrying proposals on digital trade, including a ban on the disclosure of source code and algorithms, and potential restrictions on data protection.

Trade negotiations between the US and the UK have recently received a lot of attention due to the publication of the official negotiating objectives of the US Government, which set out in sometimes candid detail the areas of interest and priorities. The US document is mainly written in coded “trade-speak”, with seemingly innocuous term such as “procedural fairness” or “science-based” masking huge potential impacts on a wide range of areas, from farming to NHS prescriptions. The document also sets out the priorities for the US around Digital Trade with the UK, with proposals that would affect the digital rights of people in the UK.

The UK started “non-negotiating” a trade agreement with the US soon after the country voted to leave the EU in 2016. While technically not allowed to enter formal negotiations on trade until it leaves the bloc at the end of this month, the UK government has conducted five official bilateral meetings and sent several business delegations, not counting the ongoing activity of UK officials in Washington.

A public consultation last year saw many consumer and rights groups raise concerns about a potential UK-US agreement, including ORG. We are worried about the inclusion of “Digital Trade” – also misleadingly termed “E-commerce” – in negotiations, which could lead to entrenched domination by US online platforms, lower privacy protections and more restrictions in access to information.

Last month a group of 76 countries, including the US, the EU and China, announced their intentions to start negotiations on “trade-related aspects of electronic commerce” at the World Trade Organisation (WTO). Once more this has led to widespread concerns by civil society groups such as the Transatlantic Consumer Dialogue, of which ORG is a member. The proposed agenda covers non-controversial improvements, such as the use of e-signatures or fighting spam, but it includes similar proposals to those presented by the US in their digital trade objectives. These proposals will severely impact internet regulation by controlling the building blocks of digital technology: data flows, source code and algorithms.

What the US wants from the UK in digital trade

The US wants to stop the UK government from “mandating the disclosure of computer source code or algorithms”. This is one of the most concerning aspects of the new digital trade agenda, already found in other recent trade agreements, and criticised by groups such as Third World Network. Restricting source code and algorithms is problematic for various reasons. In particular, the UK government has been pioneering open source software, despite some setbacks, and these clauses could be used to challenge any public procurement perceived to give preference to open source.

There are growing concerns about potential unfairness and bias in decisions made or supported by the use of algorithms, from credit to court sentencing, including the status of EU citizens after Brexit. Preventing the disclosure of algorithms would hamper efforts to develop new forms of technological transparency and accountability. The EU GDPR includes a right for individuals in certain circumstances to be informed of the logic of the systems making decisions that significantly affect them, in a potential conflict with the US digital trade proposals.

Another objective of the US in its trade negotiations with the UK is to ensure that the UK “does not impose measures that restrict cross-border data flows and does not require the use or installation of local computing facilities”.

These demands are becoming a central feature of contemporary trade negotiations, encapsulating the key aspect of the global Digital Trade agenda: ensuring a global data flow towards the largest US-based internet giants of Silicon Valley that currently dominate the global Internet outside China and Russia.

Additionally, as we said in our response to the government consultation on the US trade deal last year, these requirements could openly clash with the EU General Data Protection Regulation (GDPR), which prohibits unrestricted data transfers. Wilbur Ross, US Commerce Secretary, has openly called GDPR an unnecessary barrier to trade. Agreeing to US demands would put the UK in a double bind that could jeopardise data flows to and from the EU.

The US will also try to limit the liability of online platforms for third-party content excluding intellectual property, with caveats allowing “non-discriminatory measures for legitimate public policy objectives or that are necessary to protect public morals”. This is one topic that receives widespread sympathy from digital rights advocates, as policymakers across Europe try to open a new debate on Internet liability protections that could see online providers being forced to increase censorship over their users. We recently heard this argument in the report on Internet regulation by the House of Lords. Leveraging trade policy to advance a progressive digital rights agenda may seem a good idea,  but unfortunately, the positives tend to be bundled with other worrying proposals, and trade negotiators lack the expertise required, so subtleties can be lost and mistakes made.

The wording in the US document reflects agreed exemptions in international trade rules, which have been applied in very few occasions. The exemption has been used by the US – to try to restrict online gambling from the Caribbean island of  Antigua; by China – to try to control the foreign influx of ideas into the country; and by the EU has to restrict the importation of products made from seals. In most cases the claim was either not successful or required modifications to the policy.

The concept of “public morals” is far from clear and as we can see from these case it can be applied quite broadly. It is meant to encompass human rights and environmental concerns, without mentioning them, but there is no agreement to how universal such morals have to be. This shows the dangers of bringing more spheres of human activity under the umbrella of trade. The UK is preparing to regulate harms to UK-based users of social media platforms, which will impact US companies, and it is unclear whether this activity could be considered a trade barrier and consequently defended under the public morals exemption. In our view, regulating online harms should not be linked to trade negotiations but examined on its own merits.

The US wants to ensure that digital products imported into the country (e.g., software, music, video, e-books) are not taxed at the border. Right now, digital goods are mainly classified under their physical characteristics rather than content, so that DVDs and “laser-disks” including CDs are counted separately by UK customs and are generally exempt from custom duties although importers need to pay VAT. This exemption may become less relevant as the imports of tangible digital goods go down globally when compared to those distributed electronically. DVD sales are displaced by online streaming, and e-books are almost exclusively bought online, with Amazon accounting for almost 90% of market share in the UK.

Goods transmitted electronically are currently exempt from custom duties thanks to a WTO moratorium in place since 1998, which is currently being challenged by developing countries led by India and South Africa for incurring unfair revenue losses given the massive growth of online trade in the past 20 years.

The US wants to avoid any supposed discrimination against their digital products. Given the importance of the Silicon Valley giants, many measures designed to deal with large internet companies will appear to target US businesses. We are not sure yet about the specific agenda under this item in the UK context, but it is likely that they have in mind proposals to increase the taxation of tech firms. The US government has described EU proposals in this direction as “discriminatory”.  It is then likely that the UK’s own plans to tax digital services will clash with US demands. The distinction between products and services can be confusing in the digital sphere, but it is critically important in trade. In many cases, consumers do not own the music, films or e-books they “buy” online, they merely have a licence to the content ruled by terms and conditions, which is rather a service. UK consumer law has tried to deal with this confusion by creating specific protections for download purchases, called “digital content not on a tangible medium”, but it is not clear how this would impact trade categories.

The negotiations are advancing apace but it is difficult to predict what will happen. As the US document shows, behind the rhetoric there are hard economic interests that could slow down the process.

The above are only the official top level demands from the US government: US business groups are lining up to include many other issues. A recent public US government hearing in Washington on the negotiating objectives saw calls for full liberalisation of services, particularly financial services, among other issues that included access to the UK labour market for US workers. The hearing stressed that the economic relationship is important for both countries, not just the UK. The UK is the US largest partner in services trade and the largest buyer of digital services, and both countries are each others’ largest direct foreign investors. The UK is one of the few countries that does more trade in services with the US than in goods.

Despite the issues raised, the publication of the US document provides some level of transparency and enables public debate. We hope that the UK government will follow suit and publish its own negotiating objectives. Unfortunately, our experience in other bilateral areas, such as surveillance, indicates that the level of public accountability of the heavily politicised US federal government is not generally matched by Whitehall’s circumspect civil service. The advisory group created by the Department for International Trade (DfIT) for discussions on trade policy around Intellectual Property is a very encouraging step. A similar space should be created by DfIT where digital trade issues can be discussed with the attention they deserve.