What ‘Taking Back Control’ actually looks like right now 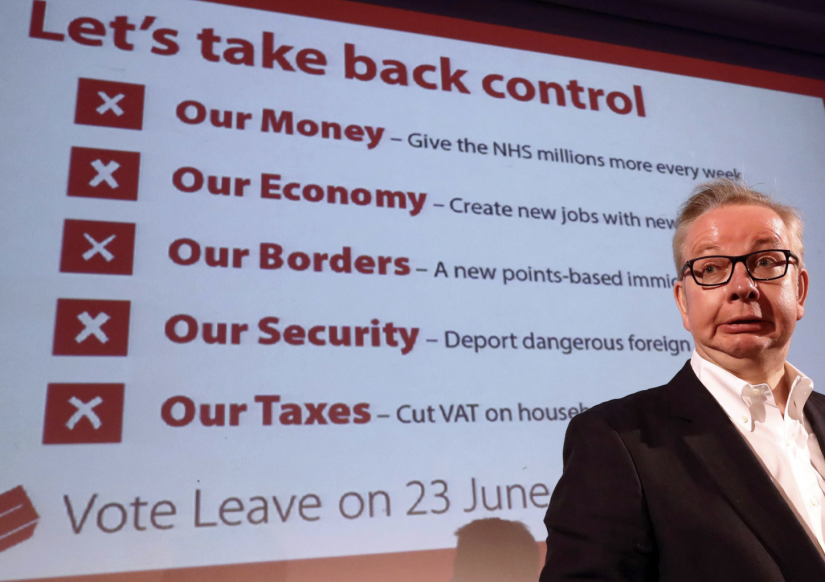 This is what ‘taking back control’ looks like just over three years after the EU Referendum and before Brexit actually happens.

Boris Johnson has lost four out of four votes over Brexit in parliament.

The Conservatives have lost control over their own party having sacked 21 of its own MP’s last week. Two walked out last week (one defected).

Another has since resigned – Amber Rudd (Work and Pensions) who has described the mass sackings as an”assault on decency and democracy”.

The government has gone from a Cameron majority in 2015 to a weak majority with Theresa May to a minus 23 minority with Johnson.

The government has sacked 7 of its own strategy and advisory team in Downing Street in 6 weeks (that we know of).

Boris Johnson’s own brother has humiliatingly walked away from the PM and the Conservative party after nine years as an MP citing the “national interest.”

The government has lost control of the parliamentary timetable.

The Lords look set to block no-deal taking away whatever control the government had over Brexit.

The government may be pushed into extending Article 50 – but control there lies with the opposition and then the EU27.

Government attempts to shut down parliament in an attempt to keep control that ends with cries of the PM being a ‘tinpot dictator’.

A Downing Street official has clearly stated that the current position is an “extinction-level event.”

The Union is seriously threatened. Scotland will ask for independence to keep its own control.

Northern Ireland is already spiralling out of control. Scenes reminiscent of the Troubles are already happening – even before a no-deal Brexit threatens to throw fuel on the flames.

Well over a million British citizens in the EU have been abandoned by the Johnson government as promises to ensure their rights evapourate under a no-deal Brexit. They – “will have to adjust to life as third-country nationals overnight once all their EU rights have been stripped from them” – say the citizen’s campaign group British in Europe.  These British citizens have no control over their future – that is in the hands of each EU host country.

Sterling has crashed and being out of control, speculation is rising of GBP/USD parity. The speculators don’t even agree where Sterling will go.

Unemployment is rising due to a loss of control of business confidence.

The government is out of control regarding national supply chains – as there is no stockpiling space left because warehouses are now ‘full of stuff for Christmas’. The RAF is on standby to shift emergency supplies.

The government is losing control of civil society. The army, army reservists, security services and police are all gearing up for civil disturbances.

The National Health Service has issued a warning it will not be able to cope in the event of no-deal, which will prove to be ‘catastrophic.’ Pharmacists have requested special powers to ration medicines if there is no Brexit deal.

British industry has no control over their investment and management decisions. For instance, UK farmers face a nine-month wait for approval to export organic goods to the EU. Fishermen could be blocked from EU waters and manufacturers fear their supply chains drying up. The reality is they don’t know what will actually happen.

The government is losing control over how it manages the wider economy. Recession beckons as the enormous list of economic warnings pile up.

The London School of Economics says that Brexit has meant Britain has become internationally sidelined, has put at risk its core groupings such as NATO, and significantly reduced Britan’s sphere of influence in the world – a loss of control over the rules-based world order.

‘Taking Back Control’ came with promises. More money, more jobs, control of borders and taxes and economic sunny uplands. Taxes were never threatened by the EU. Immigration will not fall post-Brexit because of economic growth, there is already less money and jobs and sunny uplands are covered in dark clouds.

Brexit is an ideological gamble with many downsides. Even the slogan of ‘take back control’ has been changed at Downing Street preparing for a snap election that is being fought over. And the reason why Brexit has not happened after all the turmoil – it is undeliverable. Politically, it is impossible to deliver what half the country does not want, even if the other half does.