While MPs debate our democratic future, another aristocrat takes a seat in Parliament for life 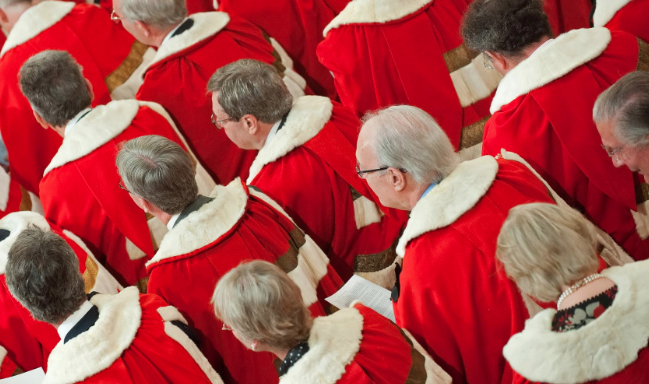 By Darren Hughes – Electoral Reform Society: On Wednesday – while elected MPs debated Britain’s future – the results came out for the latest in a series of bizarre House of Lords ‘by-elections’.

The vote – to fill the vacant seat following the death of Viscount Slim – saw just 28 votes cast. That’s because the only people who could vote were aristocrats who currently sit as crossbench hereditary peers. You couldn’t make it up.

The winner, with 18 of those votes was Daniel Nicholas Mosley, the 4th Baron Ravensdale. Lord Ravensdale, the great-grandson of Sir Oswald Mosley (the 1930s leader of the British Union of Fascists), takes up the lifetime appointment giving him the chance to shape our laws and have huge sway over the legislation and issues that affect our country.

It shouldn’t need to be said, but 18 votes is not a mandate fit for the modern day. The average number of votes for a by-election in the House of Commons is 28,823 – a thousand times more than the 28 cast in this contest.

In his election statement, Ravensdale declared himself a ‘political independent’ and nuclear projects manager. At 36, he will become the youngest peer sitting in the House of Lords and could potentially sit in the house for the next half a century. He’ll be able to claim his £305-tax-free expenses a day with no public accountability. The word outrageous doesn’t come close.

There are almost no defenders of this absurd hereditary system (with aristocrats guaranteed over 90 seats in the Lords). Yet a bill attempting to end the archaic practice of electing hereditary peers by Lord Grocott was talked out of the Lords earlier this month – blocked by dozens of wrecking amendments, tabled by just a handful of hereditary peers, to stop the reforms from being heard.

While elected MPs seize control of the Brexit debate, let’s not forget that whatever happens, an unelected clique will continue to sway our laws in the House of Lords. For all the talk of kicking out an ‘unelected elite’, there is one much closer to home making a mockery of our democracy. Aristocrats continuing to rule – and voters continue to lose out.

This so-called by-election must be the last. It’s time politicians took the steps needed to abolish this absurd practice and give the public a say over who sits in our second chamber.

One thing unites this country right now: disdain for a broken politics in Parliament.

It is time for a fairly-elected second chamber to end the farce of unaccountable Lords – and create a new, proportionally-elected chamber that we can be truly proud of. This has to be the start of rebuilding the public’s faith in our democracy and its institutions.

Sign the petition to scrap and replace the Lords with a fairly-elected revising chamber.