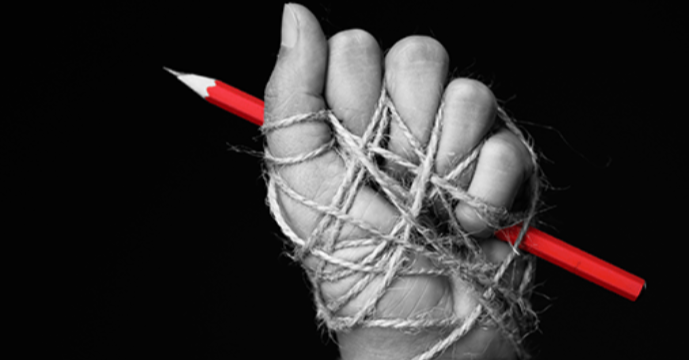 The World Press Freedom Index ranks 180 countries and regions according to the level of freedom available to journalists. It is a snapshot of the media freedom situation based on an evaluation of pluralism, independence of the media, quality of legislative framework and safety of journalists in each country and region. It does not rank public policies even if governments obviously have a major impact on their country’s ranking. Nor is it an indicator of the quality of journalism in each country or region.

The number of countries regarded as safe, where journalists can work in complete security, continues to decline, while authoritarian regimes continue to tighten their grip on the media.

Only 24 per cent of the 180 countries and territories are classified as “good” or “fairly good”, as opposed to 26 per cent last year. As a result of an increasingly hostile climate that goes beyond Donald Trump’s comments, the United States (48th) has fallen three places in this year’s Index and the media climate is now classified as “problematic.”

Many authoritarian regimes have fallen in the Index. They include Venezuela (down five at 148th), where journalists have been the victims of arrests and violence by security forces, and Russia (down one at 149th), where the Kremlin has used arrests, arbitrary searches and draconian laws to step up the pressure on independent media and the Internet.

Democracy is in danger. Halting this cycle of fear and intimidation is a matter of the utmost urgency for all people of good will who value the freedoms acquired in the course of history.

Fourteen of the top 20 are in Europe. Surinam and Uraguay also in the top 20.

Britain has moved up in the ranking this year, but with Julian Assange’s very public arrest, 3-hour ‘kangaroo’ court case and installation into Belmarsh prison, home to terrorists, murderers, rapists and the worst gangland criminals – one can only expect a big fall in the index rankings for next year.

The report about Britain was quite precise:

“the UK remained one of the worst-ranked Western European countries in the World Press Freedom Index, largely due to a heavy-handed approach towards the press, often in the name of national security.”

“The menacing Investigatory Powers Act remained on the books with insufficient protection mechanisms for whistleblowers, journalists, and their sources. In September, the UK’s mass surveillance regime was found to violate the European Convention on Human Rights, including with respect to the protection of journalistic sources. New counter-terrorism and crime legislation was introduced that would restrict reporting and put journalists’ data – and their ability to guarantee source protection – at risk.

The government continued to explore means of restricting encryption tools.

In March, then-Secretary of State for Digital, Culture, Media and Sport Matt Hancock announced that the threatening Section 40 of the Crime and Courts Act 2013 would not be implemented, and the government would seek repeal at the “first appropriate opportunity” – which has not yet happened. The adoption of Magnitsky legislation via an amendment to the Sanctions and Anti-Money Laundering Act in May was a welcome step towards holding press freedom predators to account but is not yet being implemented. In September, journalists Trevor Birney and Barry McCaffrey were arrested in Northern Ireland, had their journalistic materials confiscated, and remain on police bail in connection with the police investigation into the ‘Loughinisland massacre.”

As for America, a country much more involved in Britain’s politics and economy than ever before, we have much to be worried about. The report went on to say that the United States, now down to No48, a fall of three places for press freedom in one year is now in terminal decline.

“The first year of President Donald J. Trump’s presidency has fostered further decline in journalists’ right to report. He has declared the press an “enemy of the American people” in a series of verbal attacks toward journalists, attempted to block White House access to multiple media outlets, and routinely uses the term “fake news” in retaliation for critical reporting. He has even called for revoking certain media outlets’ broadcasting licenses. The violent anti-press rhetoric from the highest level of the US government has been coupled with an increase in the number of press freedom violations at the local level as journalists run the risk of arrest for covering protests or simply attempting to ask public officials questions. Reporters have even been subject to physical assault while on the job. It appears the Trump effect has only amplified the disappointing press freedom climate that predated his presidency. Whistleblowers face prosecution under the Espionage Act if they leak information of public interest to the press, while there is still no federal “shield law” guaranteeing reporters’ right to protect their sources. Journalists and their devices continue to be searched at the US border, while some foreign journalists are still denied entry into the US after covering sensitive topics like Colombia’s FARC or Kurdistan.”