A New World Order: Brought to You by the Global-Industrial Deep State 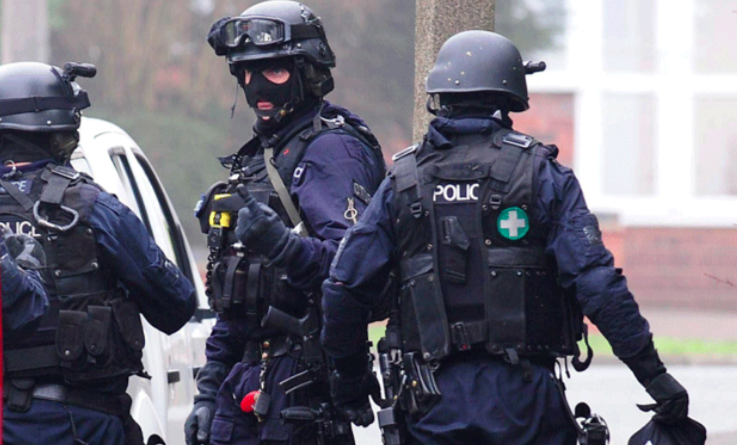 By US constitutional attorney John W Whitehead: The U.S. government is operating under a New World Order government—a power elite conspiring to rule the world—and it is being brought to you by the Global-Industrial Deep State, a powerful cabal made up of international government agencies and corporations.

Wait. Just hear me out.

Given all that we know about the U.S. government—that it treats its citizens like faceless statistics and economic units to be bought, sold, bartered, traded, and tracked; that it repeatedly breaks the laws, overreaches its authority, and abuses its power at almost every turn; and that it wages wars for profit, and jails its own people for profit—it is not a stretch to suggest that the government has been overtaken by global industrialists that do not have our best interests at heart.

Consider the extent to which our lives and liberties are impacted by an international convergence of governmental and profit-driven interests in the surveillance state, the military-industrial complex, the private prison industry, the intelligence sector, the technology sector, the telecommunications sector, the transportation sector, and the pharmaceutical industry.

All of these sectors are dominated by mega-corporations operating on a global scale and working through government channels to increase their profit margins and influence everything from legislative policies to economics to environmental issues to medical care.

The U.S. government’s deep-seated and, in many cases, top-secret alliances with foreign nations and global corporations are redrawing the boundaries of our world (and our freedoms) and altering the playing field faster than we can keep up.

This marriage of governmental and corporate interests is the very definition of fascism.

Where we go wrong is in underestimating the threat of fascism: it is no longer a national threat but has instead become a global menace.

Spearheaded by the National Security Agency (NSA), which has shown itself to care little for constitutional limits or privacy, the surveillance state has come to dominate our government and our lives.

Yet the government does not operate alone.

It requires an accomplice.

Thus, the increasingly complex security needs of our massive federal government, especially in the areas of defence, surveillance and data management, have been met within the corporate sector, which has shown itself to be a powerful ally that both depends on and feeds the growth of governmental bureaucracy.

Take AT&T, for instance. Through its vast telecommunications network that crisscrosses the globe, AT&T provides the U.S. government with the complex infrastructure it needs for its mass surveillance programs.

Now magnify what the U.S. government is doing through AT&T on a global scale, and you have the “14 Eyes Program,” also referred to as the “SIGINT Seniors,” a global spy agency made up of members from around the world.

Surveillance is just the tip of the iceberg when it comes to these global alliances, however.

War has become a huge money-making venture, and America, with its vast military empire and its incestuous relationship with a host of international defence contractors, is one of its best buyers and sellers.

The illicit merger of the global armaments industry and the Pentagon that President Dwight D. Eisenhower warned us against more than 50 years ago has come to represent perhaps the greatest threat to the nation’s fragile infrastructure today.

It’s not just the American economy that is being gouged, unfortunately. Driven by a greedy defence sector, the American homeland has been transformed into a battlefield with militarized police and weapons better suited to a war zone.

A glance at pictures of international police forces and you will have a hard time distinguishing between American police and those belonging to other nations. There’s a reason they all look alike, garbed in the militarized, weaponized uniform of a standing army.

There’s a reason why they act alike, too, and speak a common language of force.

For example, Israel—one of America’s closest international allies and one of the primary yearly recipients of more than $3 billion in U.S. foreign military aid—has been at the forefront of a little-publicized exchange program aimed at training American police to act as occupying forces in their communities. As The Intercept sums it up, American police are “essentially taking lessons from agencies that enforce military rule rather than civil law.”

Then you have the Strong Cities Network program. Funded by the State Department, the U.S. government has partnered with the United Nations to train local police agencies across America in how to identify, fight and prevent extremism, as well as address intolerance within their communities, using all of the resources at their disposal.

What this program is really all about, however, is community policing on a global scale.

When applied to the Strong Cities Network program, the objective is ostensibly to have police identify, monitor and deter individuals who exhibit, express or engage in anything that could be construed as extremist. This is pre-crime on an ideological scale and it’s been a long time coming.

Are you starting to get the picture now?

We’re the sitting ducks in the government’s crosshairs.

On almost every front, whether it’s the war on drugs, or the sale of weapons, or regulating immigration, or establishing prisons, or advancing technology, if there is a profit to be made and power to be amassed, you can bet that the government and its global partners have already struck a deal that puts the American people on the losing end of the bargain.

Rest assured that the U.S. government will not save us from the chains of the Global-Industrial Deep State and its New World Order.

Unless we can put the brakes on this dramatic expansion, globalization and merger of governmental and corporate powers we’re not going to recognize this country 20 years from now.

As I make clear in my book A Government of Wolves: The Emerging American Police State, if there are any means left to us for thwarting the government in its relentless march towards outright dictatorship, it may rest with the power of communities and local governments to invalidate governmental laws, tactics and policies that are illegitimate, egregious or blatantly unconstitutional.