Anarchy in America: Shot Down Like Dogs in the Street 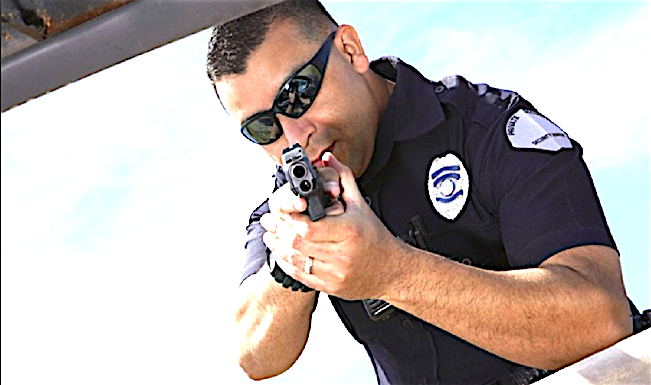 By John W. Whitehead: Things are falling apart. How much longer we can sustain the fiction that we live in a constitutional republic, I cannot say, but anarchy is being loosed upon the nation.

We are witnessing the unraveling of the American dream one injustice at a time.

Day after day, the government’s crimes against the citizenry grow more egregious, more treacherous and more tragic. The death toll is mounting. The carnage is heartbreaking. The public’s faith in the government to do its job—which is to protect our freedoms—is deteriorating.

With alarming regularity, unarmed men, women, children and even pets are being gunned down by police who shoot first and ask questions later, and all the government does is shrug and promise to do better.

Things are not getting better.

Justine Damond is dead. The 40-year-old yoga instructor was shot and killed by Minneapolis police, allegedly because they were startled by a loud noise just as she approached their patrol car.

Richard Ferretti is dead. The 52-year-old chef was shot and killed by Philadelphia police while trying to find a parking spot.

Jordan Edwards is dead. The 15-year-old was sitting in the passenger seat of a car driving away from a house party when Dallas police, claiming to have heard gunshots, smashed in the window of the moving car and shot the teenager in the head. No weapons were found.

In every one of these scenarios, police could have resorted to less lethal tactics.

They could have acted with reason and calculation instead of reacting with a killer instinct.

They could have attempted to de-escalate and defuse whatever perceived “threat” caused them to fear for their lives enough to react with lethal force.

That police instead chose to fatally resolve these encounters by using their guns on fellow citizens speaks volumes about what is wrong with policing in America today, where police officers are being dressed in the trappings of war, drilled in the deadly art of combat, and trained to look upon “every individual they interact with as an armed threat and every situation as a deadly force encounter in the making.”

Remember, to a hammer, all the world looks like a nail.

We’re not just getting hammered, however.

All the individuals who have been shot and killed by police—fired at three and four and five times in a split second—have already been tried, found guilty and sentenced to death. And in that split second of deciding whether to shoot and where to aim, the nation’s police officers have appointed themselves judge, jury and executioner over their fellow citizens.

In this way, we’re seen as nothing more than animals and treated as such.

The Department of Justice estimates that at least 25 dogs are killed by police every day.

Here’s the point: when you train police to shoot first and ask questions later—whether it’s a family pet, a child with a toy gun, or an old man with a cane—they’re going to shoot to kill.

This is the fallout from teaching police to assume the worst-case scenario and react with fear to anything that poses the slightest threat (imagined or real). This is what comes from teaching police to view themselves as soldiers on a battlefield and those they’re supposed to serve as enemy combatants. This is the end result of a lopsided criminal justice system that fails to hold the government and its agents accountable for misconduct.

Whether you’re talking about police shooting dogs or citizens, the mindset is the same: a rush to violence, abuse of power, fear for officer safety, poor training in how to de-escalate a situation, and general carelessness.

This is the same mindset that sees nothing wrong with American citizens being subjected to roadside strip searches, forcible blood draws, invasive surveillance, secret government experiments, and other morally reprehensible tactics.

Unfortunately, this is a mindset that is flourishing within the corporate-controlled, military-driven American police state.

This is no longer a debate over good cops and bad cops. It’s a tug-of-war between the constitutional republic America’s founders intended and the police state we are fast becoming.

So how do we fix what’s broken, stop the senseless shootings and bring about lasting reform?

For starters, stop with the scare tactics. Despite the propaganda being peddled by the government and police unions, police today experience less on-the-job fatalities than they ever have historically.

Second, level the playing field. While police are entitled to every protection afforded under the law, the same as any other citizen, they should not be afforded any special privileges.

Fourth, ditch the quasi-military obsession. With police agencies dressing like the military in camouflage and armor, training with the military, using military weapons, riding around in armored vehicles, recruiting military veterans, and even boasting military titles, one would be hard pressed to distinguish between the two. Still, as I point out in my book Battlefield America: The War on the American People, it’s our job to make sure that we can distinguish between the two, and that means keeping the police in their place as civilians—non-military citizens—who are entrusted with protecting ourrights.

Fifth, demilitarize. There are many examples of countries where police are not armed and dangerous, and they are no worse off for it. Indeed, their crime rates are low and their police officers are trained to view every citizen as precious.

Sixth, stop making taxpayers pay for police abuses. Some communities are trying to require police to carry their own professional liability insurance. The logic is that if police had to pay out of pocket for their own wrongdoing, they might be more cautious and less inclined to shoot first and ask questions later.

Seventh, support due process for everyone, not just the people in your circle. After all, you could be the next person who gets shot by a police officer for moving the wrong way during a traffic stop, running the wrong way in the vicinity of a police officer, or defending yourself against a home invasion when the police show up at the wrong address in the middle of the night.

Fixing this problem will not be easy, but there are a few things that we can be sure of: America should not be a battlefield. Police officers are not soldiers.

And “We the People: are not the enemy.