Apocalypse Now: 2017 Was A Terrible Year For America 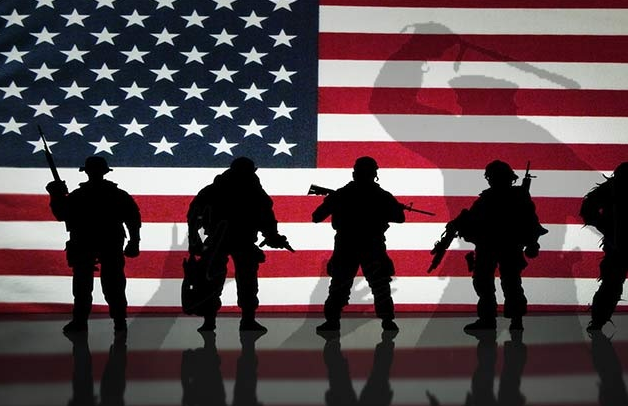 By John W Whitehead: Just our luck that 2017 gave us more of the same bad news that we’ve experienced in recent years. Here’s just a small sampling of what we suffered through in 2017.

The new boss proved to be the same as the old boss. True to form, the new boss (Donald Trump) proved to be no better than his predecessors in the White House in terms of protecting the citizenry from the American police state.

911 calls turned deadly. “Don’t call the cops” became yet another don’t to the add the growing list of things that could get you or a loved one tasered, shot or killed by police, especially if you have any condition that might hinder your ability to understand, communicate or immediately comply with an order.

Traffic stops took a turn for the worse. Police officers were given free range to pull anyone over for a variety of reasons and subject them to forced cavity searches, forced colonoscopies, forced blood draws, forced breath-alcohol tests, forced DNA extractions, forced eye scans, forced inclusion in biometric databases.

The courts failed to uphold justice. A review of critical court rulings over the past decade or so, including some ominous ones by the U.S. Supreme Court, reveals a startling and steady trend towards pro-police state rulings by an institution concerned more with establishing order and protecting the ruling class and government agents than with upholding the rights enshrined in the Constitution.

A culture of compliance paved the way for sexual predators. Twenty years after America gave a collective shrug over accusations of sexual harassment by Bill Clinton, sexual harassment suddenly made headlines after a series of powerful men, including Hollywood mogul Harvey Weinstein, were accused of predatory behavior in the workplace.

Patriotism trumped free speech. At a time when the American flag adorns everything from men’s boxers and women’s bikinis to beer koozies with little outcry from the American public, a conveniently timed public dispute over disrespect for the country’s patriotic symbols during football games further divided the nation.

Mass shootings claimed more lives. A mass shooting in Las Vegas, the deadliest to date, left us with more questions than answers, none of them a flattering reflection of the nation’s values, political priorities, or the manner in which the military-industrial complex continues to dominate, dictate and shape almost every aspect of our lives.

Civil discourse was drowned out by intolerance, violence and militarized police. Americans allowed their fears—fear for their safety, fear of each other, fear of being labeled racist or hateful or prejudiced, etc.—to trump their freedom of speech and muzzle them far more effectively than any government edict could. In Charlottesville, Berkeley and St. Louis, the presence of violent protesters and militarized police turned First Amendment activities into riots.

The cost of endless wars drove the nation deeper into debt. Waging endless wars abroad (in Iraq, Afghanistan, Pakistan and now Syria) didn’t make America—or the rest of the world—any safer, any greater, or any richer. The interest alone on the money America has borrowed to wage its wars will cost an estimated $8 trillion.

Government agencies padded their pockets at the expense of taxpayers. In Virginia, drivers traveling along a toll road during rush hour were hit with a $40 toll to travel a 10-mile stretch of road, part of a new dynamic price gouging scheme aimed at penalizing single-occupant vehicles traveling during peak times.

The plight of the nation’s homeless worsened. In communities across the country, legislators adopted a variety of methods (parking meters, zoning regulations, tickets, and even robots) to discourage the homeless from squatting, loitering and panhandling.

Free speech was dealt one knock-out punch after another. First Amendment activities were pummeled, punched, kicked, choked, chained and generally gagged all across the country.

The Surveillance State rendered Americans vulnerable to threats from government spies, police, hackers and power failures. The Corporate State tapped into our computer keyboards, cameras, cell phones and smart devices in order to better target us for advertising. Social media giants such as Facebook granted secret requests by the government and its agents for access to users’ accounts. And our private data—methodically collected and stored with or without our say-so—was repeatedly compromised and breached.

Technology drove teens to suicide. Studies show that the rapid explosion of cell phone use and increased screen time by young people have contributed to a climate in which teen mental health is failing and suicide rates among 13- to 18-year-olds are skyrocketing.

Police became even more militarized and weaponized. Despite concerns about the government’s steady transformation of local police into a standing military army, local police agencies continued to acquire weaponry, training and equipment suited for the battlefield—with full support from the Trump Administration.

The government waged a renewed war on cash. Championed by Attorney General Jeff Sessions, the government’s attempts to seize cash and other valuables under the guise of asset forfeiture moved into high gear. Denver made $2.4 million in car seizures in one year alone. One Alabama town turned its police force into a money-making operation to increase revenue.

The U.S. military industrial complex—aided by the Trump administration—armed the world while padding its own pockets. Not content to sell an arsenal of weapons and military equipment to the world, the U.S. government pushed to amend a global arms control agreement to allow it to sell military drones globally.

Let’s not take the mistakes and the carnage and the toxicity of this past year into a new year.

As I make clear in my book Battlefield America: The War on the American People, the police state is marching forward, more powerful than ever.

Thus, if there is to be any hope for freedom in 2018, it rests with “we the people” engaging in local, grassroots activism that transforms our communities and our government from the ground up.

Let’s resolve to work together to make this new year better than the last.