Constitutional attorney writes about the rise of American state facism 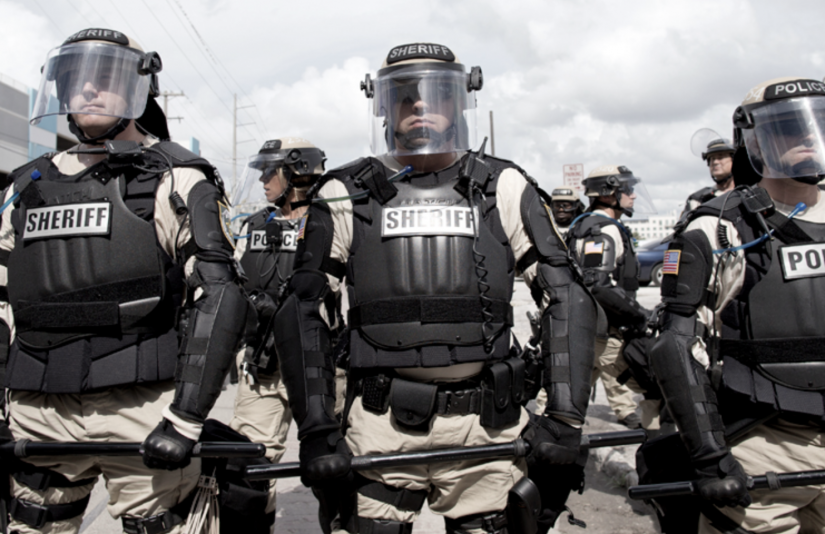 By Constitutional Attorney – John W Whitehead, Charlottesville, Virginia: Despite the finger-pointing and outcries of dismay from those who are watching the government discard the rule of law at every turn, the question is not whether Donald Trump is the new Adolf Hitler but whether the American Police State is the new Third Reich. For those who can view the present and past political landscape without partisan blinders, the warning signs are unmistakable: the Deep State’s love affair with totalitarianism began long ago.

Indeed, the U.S. government so admired the Nazi regime that following the Second World War, it secretly recruited Hitler’s employees, adopted his protocols, embraced his mindset about law and order, implemented his tactics in incremental steps, and began to lay the foundations for the rise of the Fourth Reich.

These are not tactics used by constitutional republics, where the rule of law and the rights of the citizenry reign supreme. Rather, they are the hallmarks of authoritarian regimes, where the only law that counts comes in the form of heavy-handed, unilateral dictates from a supreme ruler who uses a secret police to control the populace.

That danger is now posed by the FBI, whose laundry list of crimes against the American people includes surveillance, disinformation, blackmail, entrapment, intimidation tactics, harassment and indoctrination, governmental overreach, abuse, misconduct, trespassing, enabling criminal activity, and damaging private property, and that’s just based on what we know.

Consider the FBI’s far-reaching powers to surveil, detain, interrogate, investigate, prosecute, punish, police and generally act as a law unto themselves—much like their Nazi cousins, the Gestapo—and then try to convince yourself that the United States is still a constitutional republic.

Just like the Gestapo, the FBI has vast resources, vast investigatory powers, and vast discretion to determine who is an enemy of the state.

Today, the FBI employs more than 35,000 individuals and operates more than 56 field offices in major cities across the U.S., as well as 400 resident agencies in smaller towns, and more than 50 international offices. In addition to a “data campus,” which houses more than 96 million sets of fingerprints from across the United States and elsewhere, the FBI also has vast databases on Americans that are being added to and used by local police agencies.

Much like the Gestapo spied on mail and phone calls, FBI agents have carte blanche access to the citizenry’s most personal information.

The FBI has access to every piece of mail that passes through the postal system. Moreover, the agency’s National Security Letters allows the FBI to secretly demand that banks, phone companies, and other businesses provide them with customer information and not disclose those demands to the customer.

Much like the Gestapo’s sophisticated surveillance programs, the FBI’s spying capabilities can delve into Americans’ most intimate details (and allow local police to do so, as well).

In addition to technology (which is shared with police agencies) that allows them to listen in on phone calls, read emails and text messages, and monitor web activities, the FBI’s surveillance boasts an invasive collection of spy tools. Law enforcement agencies are also using social media tracking software to monitor Facebook, Twitter and Instagram posts. Moreover, secret FBI rules also allow agents to spy on journalists without significant judicial oversight.

Much like the Gestapo’s power to render anyone an enemy of the state, the FBI has the power to label anyone a domestic terrorist.

As part of the government’s so-called ongoing war on terror, the nation’s de facto secret police force has begun using the terms “anti-government,” “extremist” and “terrorist” interchangeably. Moreover, the government continues to add to its growing list of characteristics that can be used to identify an individual (especially anyone who disagrees with the government) as a potential domestic terrorist.

Much like the Gestapo infiltrated communities in order to spy on the German citizenry, the FBI routinely infiltrates political and religious groups, as well as businesses.

As Cora Currier writes for the Intercept: “Using loopholes it has kept secret for years, the FBI can in certain circumstances bypass its own rules in order to send undercover agents or informants into political and religious organizations, as well as schools, clubs, and businesses…” The FBI has even been paying Geek Squad technicians at Best Buy to spy on customers’ computers without a warrant.

In addition to government programs that provide the nation’s police forces with military equipment and training, the FBI also operates a National Academy that trains thousands of police chiefs every year and indoctrinates them into an agency mindset that advocates the use of surveillance technology and information sharing between local, state, federal, and international agencies.

Just as the Gestapo’s secret files on political leaders were used to intimidate and coerce, the FBI’s files on anyone suspected of “anti-government” sentiment have been similarly abused.

As countless documents make clear, the FBI has no qualms about using its extensive powers in order to blackmail politicians, spy on celebrities and high-ranking government officials, and intimidate and attempt to discredit dissidents of all stripes.

When and if a true history of the FBI is ever written, it will not only track the rise of the American police state but it will also chart the decline of freedom in America, in much the same way that the empowerment of Germany’s secret police tracked with the rise of the Nazi regime.

Can the Fourth Reich happen here?

As I point out in my book Battlefield America: The War on the American People, it’s already happening right under our noses.

Constitutional attorney and author John W. Whitehead is founder and president of The Rutherford Institute.

Brexit Britain – Kleptocrats at the Gates of Democracy