Freedom Is a Myth: We Are All Prisoners of the Police State’s Panopticon Village 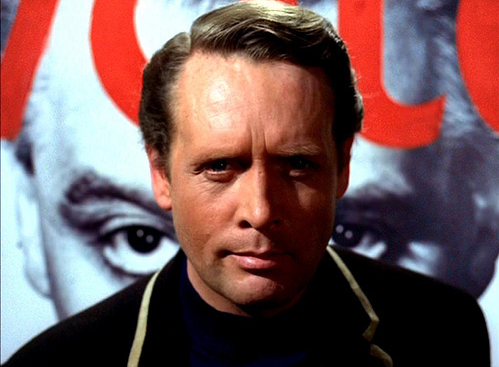 “We’re run by the Pentagon, we’re run by Madison Avenue, we’re run by television, and as long as we accept those things and don’t revolt we’ll have to go along with the stream to the eventual avalanche…. As long as we go out and buy stuff, we’re at their mercy… We all live in a little Village. Your Village may be different from other people’s Villages, but we are all prisoners.”— Patrick McGoohan

First broadcast in Great Britain 50 years ago, The Prisoner—a dystopian television series described as “James Bond meets George Orwell filtered through Franz Kafka”—confronted societal themes that are still relevant today: the rise of a police state, the freedom of the individual, round-the-clock surveillance, the corruption of government, totalitarianism, weaponization, group think, mass marketing, and the tendency of humankind to meekly accept their lot in life as a prisoner in a prison of their own making.

Perhaps the best visual debate ever on individuality and freedom, The Prisoner (17 episodes in all) centers around a British secret agent who abruptly resigns only to find himself imprisoned, monitored by militarized drones, and interrogated in a mysterious, self-contained, cosmopolitan, seemingly tranquil retirement community known only as the Village.

The Village is a virtual prison disguised as a seaside paradise: its inhabitants have no true freedom, they cannot leave the Village, they are under constant surveillance, their movements are tracked by surveillance drones, and they are stripped of their individuality and identified only by numbers.

The series’ protagonist, played by Patrick McGoohan, is Number Six.

“I am not a number. I am a free man,” was the mantra chanted on each episode of The Prisoner, which was largely written and directed by McGoohan.

In the opening episode (“The Arrival”), Number Six is told that he is in The Village because information stored “inside” his head has made him too valuable to be allowed to roam free “outside.”

Throughout the series, Number Six is subjected to interrogation tactics, torture, hallucinogenic drugs, identity theft, mind control, dream manipulation, and various forms of social indoctrination and physical coercion in order to “persuade” him to comply, give up, give in and subjugate himself to the will of the powers-that-be.

In every episode, Number Six resists the Village’s indoctrination methods, struggles to maintain his own identity, and attempts to escape his captors. “I will not make any deals with you,” he pointedly remarks. “I’ve resigned. I will not be pushed, filed, stamped, indexed, debriefed or numbered. My life is my own.”

Yet no matter how far Number Six manages to get in his efforts to escape, it’s never far enough.

Watched by surveillance cameras and other devices, Number Six’s getaways are continuously thwarted by ominous white balloon-like spheres known as “rovers.” Still, he refuses to give up. “Unlike me,” he says to his fellow prisoners, “many of you have accepted the situation of your imprisonment, and will die here like rotten cabbages.”

Number Six’s escapes become a surreal exercise in futility, each episode an unfunny, unsettling Groundhog’s Day that builds to the same frustrating denouement: there is no escape.

The series is a chilling lesson about how difficult it is to gain one’s freedom in a society in which prison walls are disguised within the trappings of technological and scientific progress, national security and so-called democracy.

As Thill noted when McGoohan died in 2009, “The Prisoner was an allegory of the individual, aiming to find peace and freedom in a dystopia masquerading as a utopia.”

The Prisoner’s Village is also an apt allegory for the American Police State: it gives the illusion of freedom while functioning all the while like a prison: controlled, watchful, inflexible, punitive, deadly and inescapable.

The American Police State, much like The Prisoner’s Village, is a metaphorical panopticon, a circular prison in which the inmates are monitored by a single watchman situated in a central tower. Because the inmates cannot see the watchman, they are unable to tell whether or not they are being watched at any given time and must proceed under the assumption that they are always being watched.

Eighteenth century social theorist Jeremy Bentham’s panopticon has become a model for the modern surveillance state in which the populace is constantly being watched, controlled and managed by the powers-that-be and funding its existence. Nowhere to run and nowhere to hide: this is the new mantra of the architects of the police state and their corporate collaborators (Facebook, Amazon, Netflix, Google, Instagram, etc.).

We now find ourselves in the unenviable position of being monitored, managed and controlled by our technology, which answers not to us but to our government and corporate rulers.

Consider that on any given day, the average American going about his daily business will be monitored, surveilled, spied on and tracked in more than 20 different ways, by both government and corporate eyes and ears.

This is the electronic concentration camp—the panopticon prison—the Village—in which we are now caged.

It is a prison from which there will be no escape if the government gets it way.

Even now, the Trump Administration is working to make some of the National Security Agency’s vast spying powers permanent.

In fact, Attorney General Jeff Sessions is pushing for Congress to permanently renew Section 702 of the Foreign Intelligence Surveillance Act, which allows government snoops to warrantlessly comb through and harvest vast quantities of our communications.

And just like that, we’re back in the Village, our escape plans foiled, our future bleak.

Except this is no surprise ending, as I make clear in my book Battlefield America: The War on the American People: for those who haven’t been taking the escapist blue pill, who haven’t fallen for the Deep State’s phony rhetoric, who haven’t been lured in by the promise of a political savior, we never stopped being prisoners.

So how do we break out?

For starters, wake up. Resist the urge to comply.

Think for yourself. Be an individual. As McGoohan commented in 1968, “At this moment individuals are being drained of their personalities and being brainwashed into slaves… As long as people feel something, that’s the great thing. It’s when they are walking around not thinking and not feeling, that’s tough. When you get a mob like that, you can turn them into the sort of gang that Hitler had.”

We have come full circle from Bentham’s Panopticon to McGoohan’s Village to Huxley’s Brave New World.

You want to be free? Break out of the circle.