Ihre Papiere, Bitte! (Your Papers, Please): Are We Being Set Up for a National ID System? 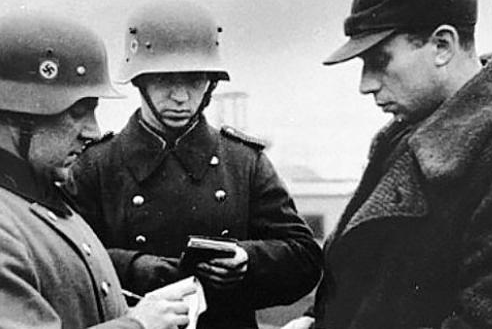 TruePublica is delighted to present to you our latest contributor John W. Whitehead who is the President of The Rutherford Institute, a nonprofit civil liberties and human rights organisation located in the USA. John gained international renown as a result of his role as co-counsel in Paula Jones’ sexual harassment lawsuit against President Clinton. His aggressive, pioneering approach to civil liberties issues has earned him numerous accolades and an even greater number of newspaper, magazine and television profiles, ranging from Gentleman’s Quarterly to CBS’ 60 Minutes. His articles have been printed in the New York Times, Los Angeles Times, the Washington Post and USA Today, among others. His hard-hitting, no-nonsense writing style is penetrating and meticulous.

In the weeks to follow TruePublica will be publishing articles focusing in on how Britain is legislating its way to being an authoritarian state, from mass surveillance to criminalising campaigns critical of government policy, from the abolition of Human Rights to the extinguishing of civil liberties. Britain is a subordinate nation to the USA, so John Whitehead’s view from the front line is invaluable. Watch this space!

You can’t expect to have your rights respected if you allow the government to treat whomever it pleases with disrespect and an utter disregard for the rule of law.

If you’re inclined to advance this double standard because you believe you have done nothing wrong and have nothing to hide, beware: there’s always a boomerang effect.

Whatever dangerous practices you allow the government to carry out now—whether it’s in the name of national security or protecting America’s borders or making America great again—rest assured, these same practices can and will be used against you when the government decides to set its sights on you.

Nothing is ever as simple as the government claims it is.

The war on drugs turned out to be a war on the American people, waged with SWAT teams and militarised police.

The war on terror turned out to be a war on the American people, waged with warrantless surveillance and indefinite detention.

The war on immigration will be yet another war on the American people, waged with roving government agents demanding “papers, please.”

So you see, when you talk about empowering government agents to demand identification from anyone they suspect might be an illegal immigrant—the current scheme being entertained by the Trump administration to ferret out and cleanse the country of illegal immigrants—what you’re really talking about is creating a society in which you are required to identify yourself to any government worker who demands it.

Just recently, in fact, passengers arriving in New York’s JFK Airport on a domestic flight from San Francisco were ordered to show their “documents” to border patrol agents in order to get off the plane.

This is how you pave the way for a national identification system.

Americans have always resisted adopting a national ID card for good reason: it gives the government and its agents the ultimate power to target, track and terrorise the populace according to the government’s own nefarious purposes.

National ID card systems have been used before by oppressive governments—in Nazi Germany against the Jews, in South Africa against black citizens, in Rwanda against the Tutsis—in the name of national security, invariably with horrifying results.

In the United States, post-9/11, more than 750 Muslim men were rounded up on the basis of their religion and ethnicity and detained for up to eight months. Their experiences echo those of 120,000 Japanese-Americans who were similarly detained 75 years ago following the attack on Pearl Harbor, a practice the U.S. Supreme Court has yet to declare illegal.

Fast forward to the Trump administration’s war on illegal immigration, and you have the perfect storm necessary for the adoption of a national ID card, the ultimate human tracking device, which would make the police state’s task of monitoring, tracking and singling out individual suspects—citizen and noncitizen alike—far simpler.

A federalised, computerised, cross-referenced, databased system of identification policed by government agents would be the final nail in the coffin for privacy.

Granted, in the absence of a national ID system, “we the people” are already tracked in a myriad of ways. This informational glut—used to great advantage by both the government and corporate sectors—is converging into a mandate for “an internal passport,” a.k.a., a national ID card that would store information as basic as a person’s name, birth date and place of birth, as well as private information, including a Social Security number, fingerprint, retina scan and personal, criminal and financial records.

The Real ID Act, which imposes federal standards on identity documents such as state drivers’ licenses, is the prelude to this national identification system.

Eventually, all that will matter is whether some government agent—poorly trained, utterly ignorant of the Constitution, way too hyped up on the power of their badges, and authorised to detain, search, interrogate, threaten and generally harass anyone they see fit—chooses to single you out for special treatment.

You see, the police state does not discriminate.

It’s a short hop, skip and a jump from allowing government agents to stop and demand identification from someone suspected of being an illegal immigrant to empowering government agents to subject anyone—citizen and noncitizen alike—to increasingly intrusive demands that they prove not only that they are legally in the country, but that they are also lawful, in compliance with every statute and regulation on the books, and not suspected of having committed some crime or other.

It’s no longer a matter of if, but when.

In the case of a national identification system, it might start off as a means of curtailing illegal immigration, but it will end up as a means of controlling the American people.

We have been down this road before.

Reporting on the trial of Nazi bureaucrat Adolf Eichmann for the New Yorker in 1963, Hannah Arendt describes the “submissive meekness with which Jews went to their death”:

…arriving on time at the transportation points, walking under their own power to the places of execution, digging their own graves, undressing and making neat piles of their clothing, and lying down side by side to be shot—seemed a telling point, and the prosecutor, asking witness after witness, “Why did you not protest?,” “Why did you board the train?,” “Fifteen thousand people were standing there and hundreds of guards facing you—why didn’t you revolt and charge and attack these guards?,” harped on it for all it was worth. But the sad truth of the matter is that the point was ill taken, for no non-Jewish group or non-Jewish people had behaved differently.

The lessons of history are clear: chained, shackled and imprisoned in a detention camp, there is little chance of resistance.

The time to act is now, before it¹s too late. Indeed, there is power in numbers, but if those numbers will not unite and rise up against their oppressors, there can be no resistance.

As Arendt concludes, “under conditions of terror most people will comply but some people will not, just as the lesson of the countries to which the Final Solution was proposed is that ‘it could happen’ in most places but it did not happen everywhere.”

It does not have to happen here.

As I make clear in my book Battlefield America: The War on the American People, we do not have to condemn ourselves to life under an oppressive, authoritarian regime.

We do not have to become our own jailers.

We do not have to dig our own graves.

We do not have to submit.