Note from America: Rights – A crisis in the making 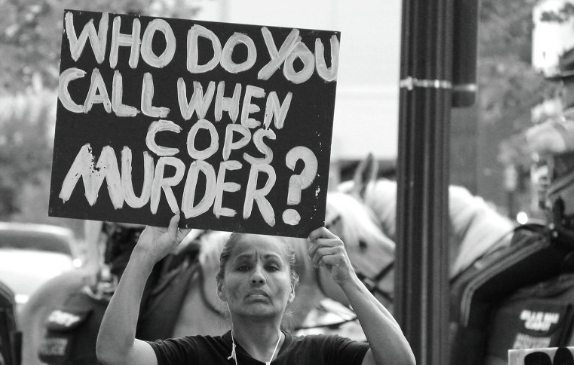 By John W Whitehead – Constitutional Attorney, Charlottesville, Virginia: We are approaching critical mass, the point at which all hell breaks loose. The government is pushing us ever closer to a constitutional crisis. What makes the outlook so much bleaker is the utter ignorance of the American people—and those who represent them—about their freedoms, history, and how the government is supposed to operate. More than government corruption and ineptitude, police brutality, terrorism, gun violence, drugs, illegal immigration or any other so-called “danger” that threatens our nation, civic illiteracy may be what finally pushes us over the edge.

As Thomas Jefferson warned, no nation can be both ignorant and free.

Unfortunately, the American people have existed in a technology-laden, entertainment-fueled, perpetual state of cluelessness for so long that civic illiteracy has become the new normal for the citizenry.

It’s telling that Americans were more able to identify Michael Jackson as the composer of a number of songs than to know that the Bill of Rights was the first 10 amendments to the U.S. Constitution.

Not even the government bureaucrats who are supposed to represent us know much about civics, American history and geography, or the Constitution although they take an oath to uphold, support and defend the Constitution against “enemies foreign and domestic.”

For instance, a couple attempting to get a marriage license was recently forced to prove to a government official that New Mexico is, in fact, one of the 50 states and not a foreign country.

You can’t make this stuff up.

Here’s a classic example of how surreal the landscape has become.

Just in time for Bill of Rights Day on December 15, President Trump issued a proclamation affirming the importance of the Bill of Rights in guarding against government abuses of power.

Don’t believe it for a second.

For that matter, this is not a president who holds the Constitution in high esteem.

Then again, we might not be in this sorry state if it weren’t for Presidents Barack Obama and George W. Bush and the damage their administrations inflicted on the freedoms enshrined in the Bill of Rights, which historically served as the bulwark from government abuse.

In the so-called name of national security, since 9/11, the Constitution has been steadily chipped away at, undermined, eroded, whittled down, and generally discarded to such an extent that what we are left with is but a shadow of the robust document adopted more than two centuries ago.

The Bill of Rights—462 words that represent the most potent and powerful rights ever guaranteed to a group of people officially—became part of the U.S. Constitution on December 15, 1791, because early Americans such as James Madison and Thomas Jefferson understood the need to guard against the government’s inclination to abuse its power.

Yet the reality we must come to terms with is that in the America we live in today, the government does whatever it wants.

Make no mistake: if our individual freedoms have been restricted, it is only so that the government’s powers could be expanded at our expense.

Even so, the power of the police state is dependent on a populace that meekly obeys without question.

Those who founded this country knew quite well that every citizen must remain vigilant or freedom would be lost. As Thomas Paine recognized, “It is the responsibility of the patriot to protect his country from its government.”

If there is to be any hope for restoring our freedoms and reclaiming our runaway government, we will have to start by breathing life into those three powerful words that set the tone for everything that follows in the Constitution: “we the people.”

People get the government they deserve.

As David Fouse writes for National Review, “A government by the people, for the people, and of the people is only as wise, as just, and as free as the people themselves.”

It’s up to us. We have the power to make and break the government.

We the American people—the citizenry—are the arbiters and ultimate guardians of America’s welfare, defence, liberty, laws and prosperity. It’s time to stop waiting patiently for change to happen. Do more than grouse and complain.

We must act—and act responsibly.

A healthy, representative government is hard work. It takes a citizenry that is informed about the issues, educated about how the government operates, and willing to make the sacrifices necessary to stay involved, whether that means forgoing Monday night football in order to attend a city council meeting or risking arrest by picketing in front of a politician’s office.

Don’t wait for things to get as bad as they are in France, where civil unrest over a government proposal to raise taxes on gas has turned into violent clashes between protesters and the police.

Whatever you do, please don’t hinge your freedoms on politics.

No election will ever truly alleviate the suffering of the American people.

Remember what Noam Chomsky had to say about politics? “It is important to bear in mind that political campaigns are designed by the same people who sell toothpaste and cars.”

In other words, as I make clear in my book Battlefield America: The War on the American People, we’re being sold a carefully crafted product by a monied elite who are masters in the art of making the public believe that they need exactly what is being sold to them, whether it’s the latest high-tech gadget, the hottest toy, or the most charismatic politician.

Don’t buy any of it.

“We the people” also have a duty that goes far beyond the act of voting: it’s our job to keep freedom alive using every nonviolent means available to us.

As Martin Luther King Jr. recognized in a speech delivered on December 5, 1955, just four days after Rosa Parks was arrested for refusing to relinquish her seat on a Montgomery city bus: “Democracy transformed from thin paper to thick action is the greatest form of government on earth.”