Note from America: Sex with Children Is Now The Fastest Growing Business in Organised Crime 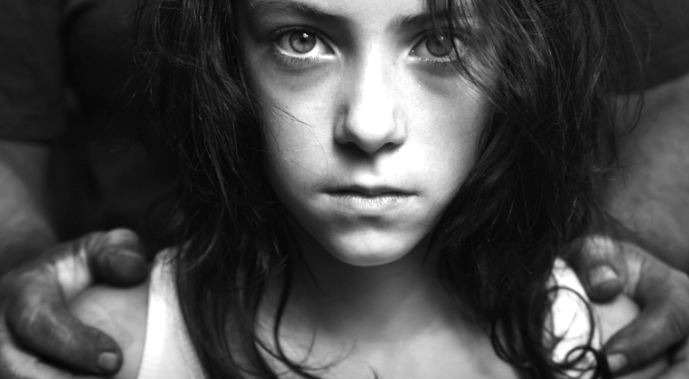 By John W Whitehead – Constitutional attorney, Charlottesville, Virginia: Children, young girls—some as young as 9 years old—are being bought and sold for sex in America. The average age for a young woman being sold for sex is now 13 years old. This is America’s dirty little secret.

According to the National Center for Missing & Exploited Children, “Children are being targeted and sold for sex in America every day.”

Sex trafficking – especially when it comes to the buying and selling of young girls—has become big business in America, the fastest growing business in organized crime and the second-most-lucrative commodity traded illegally after drugs and guns.

As investigative journalist Amy Fine Collins notes, “It’s become more lucrative and much safer to sell malleable teens than drugs or guns. A pound of heroin or an AK-47 can be retailed once, but a young girl can be sold 10 to 15 times a day.”

Consider this: every two minutes, a child is exploited in the sex industry.

According to USA Today, adults purchase children for sex at least 2.5 million times a year in the United States.

Who buys a child for sex? Otherwise ordinary men from all walks of life.

“They could be your co-worker, doctor, pastor or spouse,” writes journalist Tim Swarens, who spent more than a year investigating the sex trade in America.

In Georgia alone, it is estimated that 7,200 men (half of them in their 30s) seek to purchase sex with adolescent girls each month, averaging roughly 300 a day.

On average, a child might be raped by 6,000 men during a five-year period of servitude.

It is estimated that at least 100,000 children—girls and boys—are bought and sold for sex in the U.S. every year, with as many as 300,000 children in danger of being trafficked each year. Some of these children are forcefully abducted, others are runaways, and still others are sold into the system by relatives and acquaintances.

“Human trafficking—the commercial sexual exploitation of American children and women, via the Internet, strip clubs, escort services, or street prostitution—is on its way to becoming one of the worst crimes in the U.S.,” said prosecutor Krishna Patel.

This is not a problem found only in big cities. It’s happening everywhere, right under our noses, in suburbs, cities and towns across the nation.

As Ernie Allen of the National Center for Missing and Exploited Children points out, “The only way not to find this in any American city is simply not to look for it.”

Sex trafficking – especially when it comes to the buying and selling of young girls—has become big business in America, the fastest growing business in organized crime and the second-most-lucrative commodity traded illegally after drugs and guns.

Every year, the girls being bought and sold gets younger and younger. Social media makes it all too easy for young people to be preyed upon by sexual predators.

As one news centre reported, “Finding girls is easy for pimps. They look on MySpace, Facebook, and other social networks. They and their assistant’s cruise malls, high schools and middle schools. They pick them up at bus stops. On the trolley. Girl-to-girl recruitment sometimes happens.” Foster homes and youth shelters have also become prime targets for traffickers.

With a growing demand for sexual slavery and an endless supply of girls and women who can be targeted for abduction, this is not a problem that’s going away anytime soon.

In fact, this growing evil is, for all intents and purposes, out in the open: trafficked women and children are advertised on the internet, transported on the interstate, and bought and sold in swanky hotels.

Indeed, as I make clear in my book Battlefield America: The War on the American People, the government’s war on sex trafficking—much like the government’s war on terrorism, drugs and crime—has become a perfect excuse for inflicting more police state tactics (police check points, searches, surveillance, and heightened security) on a vulnerable public, while doing little to make our communities safer.

So what can you do?

Educate yourselves and your children about this growing menace in our communities.

Stop feeding the monster: Sex trafficking is part of a larger continuum in America that runs the gamut from homelessness, poverty, and self-esteem issues to sexualized television, the glorification of a pimp/ho culture—what is often referred to as the pornification of America—and a billion dollar sex industry built on the back of pornography, music, entertainment, etc.

Call on your city councils, elected officials and police departments to make the battle against sex trafficking a top priority, more so even than the so-called war on terror and drugs and the militarization of law enforcement.

Stop prosecuting adults for victimless “crimes” such as growing lettuce in their front yard and focus on putting away the pimps and buyers who victimize these young women.

Finally, the police need to do a better job of training, identifying and responding to these issues; communities and social services need to do a better job of protecting runaways, who are the primary targets of traffickers; legislators need to pass legislation aimed at prosecuting traffickers and “johns,” the buyers who drive the demand for sex slaves; and hotels need to stop enabling these traffickers, by providing them with rooms and cover for their dirty deeds.

That so many women and children continue to be victimized, brutalized and treated like human cargo is due to three things: one, a consumer demand that is increasingly lucrative for everyone involved—except the victims; two, a level of corruption so invasive on both a local and international scale that there is little hope of working through established channels for change; and three, an eerie silence from individuals who fail to speak out against such atrocities.

But the truth is that we are all guilty of contributing to this human suffering. The traffickers are guilty. The consumers are guilty. The corrupt law enforcement officials are guilty. The women’s groups who do nothing are guilty. The foreign peacekeepers and aid workers who contribute to the demand for sex slaves are guilty. Most of all, every individual who does not raise a hue and cry over the atrocities being committed against women and children in almost every nation around the globe—including the United States—is guilty.