One Year Later, Is Trump a Blessing or a Curse to the Deep State? 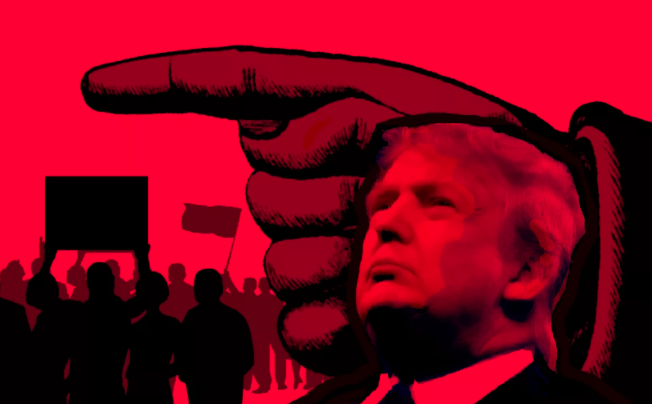 By John W Whitehead: Has Donald Trump been a blessing or a curse to the architects of the American police state? One thing is for sure: a year into his presidency, Trump hasn’t done much to improve the lot of the American people.

The predators of the police state are still wreaking havoc on our freedoms, our communities, and our lives. The government still doesn’t listen to the citizenry, it still refuses to abide by the Constitution, which is our rule of law, and it still treats the citizenry as a source of funding and little else. Police officers are still shooting unarmed citizens and their household pets. Government agents—including local police—are still being armed to the teeth and encouraged to act like soldiers on a battlefield. Bloated government agencies are still fleecing taxpayers. Government technicians are still spying on our emails and phone calls. Government contractors are still making a killing by waging endless wars abroad.

In other words, the American police state is still alive and well and flourishing.

Rather than draining the corrupt swamps of Washington, as he repeatedly promised, Trump and his brand of reality TV politics have merely redirected our attention. Trust me, the swamps are still stagnant with corruption.

Indeed, we are still the unwitting victims of a system so corrupt that it spans all branches of government.

We are still ruled by an elite class of individuals who are completely out of touch with the travails of the average American.

We are still viewed as relatively expendable in the eyes of government: faceless numbers of individuals who serve one purpose, which is to keep the government machine running through our labor and our tax dollars.

We are still being made to suffer countless abuses at the government’s hands.

We still have little protection against standing armies (domestic and military), invasive surveillance, marauding SWAT teams, an overwhelming government arsenal of assault vehicles and firepower, and a barrage of laws that criminalize everything from vegetable gardens to lemonade stands.

In other words, despite Trump (or because of him), freedom—or what’s left of it—is still being threatened from every direction.

Trump has done nothing to wrest control of the government from the Deep State, that shadowy elite group of powerbrokers and corporations who call the shots in Washington.

Trump has done nothing to prevent the government from continuing to plunder and steal from the American taxpayer. In fact, his administration has paved the way for even more theft in the form of civil asset forfeiture.

Trump has failed to end the government’s endless wars. To the contrary, he has fallen in line with the military industrial complex.

Most of all, Trump has proven to be as deaf, dumb and blind as every president before him when it comes to the plight of the citizenry.

The new boss really is just the same as the old boss.

We’re still on the losing end of a tug-of-war over control of our country and our lives.

The Deep State is winning.

We’re just a few short years away from the dystopian future depicted in the film V for Vendetta, which is no future at all.

Written and produced by the Wachowskis, V for Vendetta (2005) provides a powerful visual commentary on how totalitarian governments such as our own exploit fear and use mass surveillance, censorship, terrorism, and militarized tactics to control, oppress and enslave.

The lesson is this: once a free people allows the government to make inroads into their freedoms or uses those same freedoms as bargaining chips for security, it quickly becomes a slippery slope to outright tyranny.

In other words, it makes no difference whether it’s a Democrat or a Republican at the helm, because the bureaucratic mindset on both sides of the aisle now embodies the same philosophy of authoritarian government, whose priority is to remain in power.

So where does that leave us?

In V for Vendetta, it takes a desperate act of terrorism (V blows up the seat of government on the fifth of November) for the people to finally mobilize and stand up to the government’s tyranny.

This is what happens when a parasitical government muzzles the citizenry, fences them in, herds them, brands them, whips them into submission, forces them to ante up the sweat of their brows while giving them little in return, and then provides them with little to no outlet for voicing their discontent: people get desperate, citizens lose hope, and lawful, nonviolent resistance gives way to unlawful, violent resistance.

Do not wait to act until there is no alternative but violence.

We’ve got to make the government hear us using every nonviolent means available to us: picket, protest, march, boycott, speak up, sound off and reclaim control over the narrative about what is really going on in this country.

Mind you, the government doesn’t want to hear us. It doesn’t even want us to speak. In fact, it’s done a diabolically good job of establishing roadblocks to prevent us from exercising our First Amendment right to speech and assembly and protest.

Still we must persist.

For starters, stop worshipping false idols. Stop waiting for Trump to drain the swamps, or some whistleblower to topple the tyrants, or some other political savior to swoop in and fix all that’s wrong with this country. Stop allowing yourselves to be drawn into divisive party politics. Stop thinking of yourselves as members of a particular political party, as opposed to citizens of the United States. Most of all, stop looking away from the injustices and cruelties and endless acts of tyranny that have become hallmarks of American police state.

Remember, remember the fifth of November, warns V for Vendetta.

Why should we remember the fifth of November?

Because it commemorates a day in history when a desperate vigilante tried to bring about a violent revolution.

Trust me, no one wants a violent revolution.

Americans speak reverently of how our founders mounted a revolution to secure our freedoms, but our platitudes gloss over the terrible toll it demanded of them: families torn apart, lives lost and years of misery and hardship.

As I make clear in my book Battlefield America: The War on the American People, the moral choice before us is clear: it is the choice between tyranny and freedom, dictatorship and autonomy, peaceful slavery and dangerous freedom, and manufactured pipedreams of what America used to be versus the gritty reality of what she is today.