Only in America: Should GMOs be allowed in organic food? 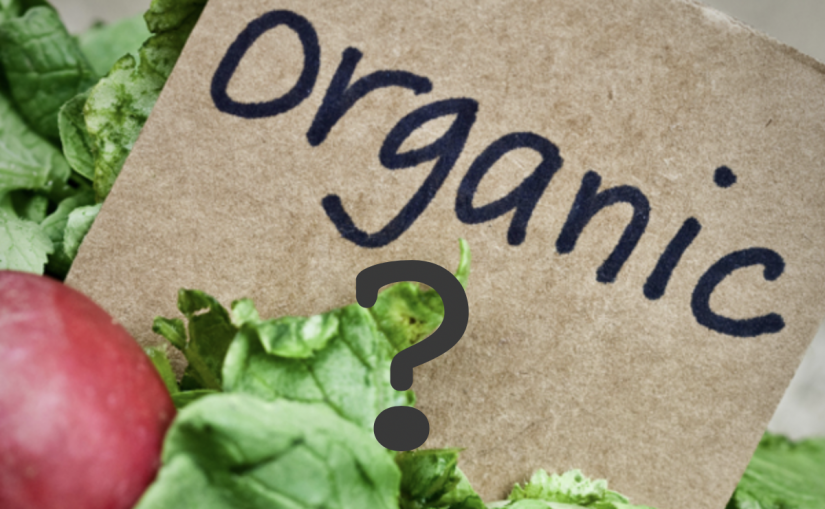 By TruePublica: Only in America could the question – should genetically modified organisms be allowed in organic food! Most people in Europe, including Britain, believe that GMO food crops have no place in the food chain at all. Genetic engineering in the European Union (and therefore the UK until Oct 31st) has had over the years varying degrees of regulation but laws passed in 2003 provided the EU with possibly the most stringent GMOs regulations in the world.  Since then, there has been a creeping slow pace of approval that has been criticised as endangering European food safety. And as of 2012, the EU has since authorized the use of 48 (confirmation required of the exact number) genetically modified organisms but most of these were for use in animal feed.

Whatever the discussion on GMO foods, one discussion has never been raised in any serious debate. Can GMOs be used in organic foods?

USDA Undersecretary of Agriculture Greg Ibach recently testified before the House Agriculture Subcommittee that plants grown with the aid of genetically modified organisms (GMOs) and gene editing (GE) could be allowed to be certified organic in the future.

Not that the debate of GMOs in organic food in America should be that divisive. This is because the organic foods market in the USA has been classed as one of the biggest scams in its history and its been raging on for years. The result is that the USDA (US Dept of Agriculture) through the National Organic Program (NOP) has been described as nothing more than a ‘feckless agency‘

In October 2017, the USDA’s inspector general released a shocking report detailing widespread fraud throughout the organic-food supply chain and noting the failure of federal officials to ensure the integrity of the organic market in the U.S. The report is proof that millions of consumers have been — and are still being — duped, buying pricier “organic” products that do not meet organic standards.

The report found the mass import of cheap food, often with no labelling, country of origin or certification was being sold as organic. The words – “It’s obvious that many, possibly most, imported “organic” foods — especially fruits and vegetables — do not meet U.S. organic standards” – says it all.

Last year, nothing much had happened to secure confidence in the organic food market of the USA. A federal audit in September found the U.S. Department of Agriculture was “unable to provide reasonable assurance” that anything had changed with questions now being raised over organic dairy and egg producers.

The American organic food scam debate continues to rages on. This from the Genetic Literacy Project in May this year – “It turns out that there are over 20 chemicals commonly used in the growing and processing of organic crops that are approved by the U.S. Organic Standards. And, shockingly, the actual volume usage of pesticides on organic farms is not recorded by the government.”

Below is a report from FoodDive published last month. It gives an insight into what is currently happening and being debated about the biggest organic food market in the world, with GMOs and gene editing now part of that discussion.

By FoodDive: The current organic certification requires that products with the organic label lack antibiotics, artificial colours, genetically modified ingredients and synthetic pesticides. GMOs made the list because they are not naturally occurring, a value which is at the root of the organic movement. However, Ibach’s comments show that policymakers are considering GMO as a possible addition to the list of acceptable practices for organic farming.

GMOs have been a touchy subject in recent years. A 2018 study by the Hartman Group found that nearly half the respondents would avoid purchasing products with GMOs. At that same time, 60% of consumers in one study admitted they don’t know much about GMOs, according to a presentation at the IFT19 conference by Intertek. Still, with widespread scepticism of so-called “Frankenfoods,” companies are voluntarily acknowledging or removing GMO ingredients from their products.

While these genetically altered foods are often seen in an unfavourable light by consumers, about 12% of global agricultural land is still planted each year with genetically modified crops.

In the U.S., those numbers are even higher for certain crops. The Grocery Manufacturers Association said about 90% of the nation’s corn, soybean and sugar beet crops are genetically modified, which translates to up to 75% of the products in a grocery store that are made with ingredients derived from crops that were genetically modified.

The reason for the prevalence of GMOs boils down to practicality. A World Resources Institute report published this month said urgent changes in the global food system are needed to make sure there is enough food for an estimated 10 billion people by 2050. One of the primary solutions the report named was increasing the number of bioengineered crops in both quantity and variety of species. Feeding the planet in the future is a concern for the organic farming community, but there is still hesitation given that consumers have an aversion to GMOs.

Despite the predominant scientific consensus that GMO food is safe and items made with these ingredients are just as nutritious as their counterparts, many still don’t trust them. As consumers increasingly value transparency, changing the acceptability of GMO ingredients in organic food production could result in backlash. Although a 2018 study in Agriculture and Human Values showed about two-thirds of consumers didn’t notice a GMO label on a product, of those who did, more than half of the consumers said the label influenced them not to buy the product. It may also be difficult for the USDA to keep track of since there are different GE methods.

“The allowance of any GE techniques under the organic label raises legitimate ‘slippery slope’ concerns,” Cornucopia’s Director of Domestic Policy Marie Burcham said in a statement. “The USDA would be hard-pressed to find the resources to track allowed GE technologies and products in the organic sector, assuming they could summon the will.”

Even if GMOs are allowed in organics, organic producers may still want to consider keeping GMOs out of their farming practices. While organic food sales increased by an average of 10% per year between 2010 and 2016, that pace has cooled to 6% for the past two years, according to a report from Rabobank. While the growth of the industry is slowing, prices for organic products are also dropping, which could encourage organic shoppers to buy more products. But they might not do so if there are GMOs included in those foods.

The importance of having a guarantee that organic means non-GMO may become even more important when the new labelling laws go into effect next year since not all products containing GMO ingredients fall under the labelling requirements.

Having the organic label being synonymous with GMO-free could be one way for some producers to present added value to those consumers who care about keeping modification out of their foods.

Brexit – GMO Foods back on the table