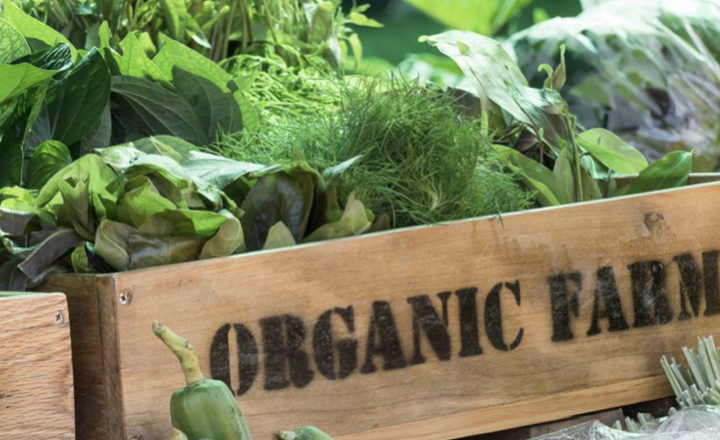 Plans announced last week for a massive post-Brexit shake-up of gov­­­­­ernment support for agriculture in England have had a mixed reaction, especially from organic food farmers. The £1.6-billion EU subsidies based on acreage will end, and, in­­stead, money will go to schemes that restore wild habitats, create new wood­­­lands, boost soils, and cut pes­ti­­­cide use. There will also be grants to help improve productivity and animal welfare and encourage the use of new robotic equipment. It all sounds as though the government is finally accepting that British agriculture needs a post-Brexit boost and wants to do the right thing.

Ministers were wheeled out to promote this overhaul. The Environment Secretary, George Eustice, said last Monday that the new Environmental Land Management (ELM) regime was “the biggest change in agricultural policy in half a century”, and would also help to fight the climate crisis.

Screeeeech. Hang on a minute. Many have complained about the complete lack of detail in these proposals. Even the Bishop of Salisbury waded in – “Without more detail, farmers will not have much time to plan their cycle of planting and growing, and investment in animals and equipment when the aim is to reduce direct payments to farmers by 15 per cent in 2022 and 2023 and remove subsidies completely over the next seven years. That is a very big ask in relation to these very big changes.”

The Welsh government was not happy and farmers and environmentalists have joined forces to beg the Scottish Government on the future direction of rural support – at the very least to provide the detail of what this means for them.

Struggling farms now feel more threatened with a “funding abyss” between the post-Brexit withdrawal of subsidies and the government’s scheme, said Norfolk’s farming leader. The Sunday Times reports that these proposals threaten the traditional way of life for farmers. A former NFU president is quoted as saying – “The consequences for rural communities in England would seem to be potentially dire in threatening populations and school rolls and indeed, a traditional way of life.” Many rural newspapers report the fears of their local readers with words like these strewn across their front pages – “we project livestock farmers will have lost between 60 per cent and 80 per cent of their income by 2024 as a result of these changes.”

At this point, you may have gathered that the governments’ plan is to move away from livestock farming.

Kevin White writes in the Grocer Magazine the following article: “Government’s farming overhaul slammed for ‘sidelining’ organic production” – which goes on to report that:

The government’s planned post-Brexit shake-up of farm subsidies, with a new structure that rewards environmental improvements, has been slammed by organic groups for “sidelining” the sector.

Defra unveiled its “roadmap” for a “sustainable farming”, designed to “support farmers to be economically and environmentally sustainable” as part of what it described as the “most significant change to farming and land management in 50 years”.

However, the proposals have been decried by organic certification body Organic Farmers & Growers, for failing to consider the importance of organic food production to the wider sector.

CEO Roger Kerr said he was “bewildered” by what looked like a “roadmap to nowhere” with the long-term viability of organic production being threatened, he suggested.

“There’s a glaring hole in the government’s strategy as it fails to include organic in any ELM proposal or pilot scheme, as well as lacking any financial detail for farmers to plan their business strategies for when the ELM scheme begins in a little over three years’ time.”

“Defra outlines the need for ‘sustainably grown, healthy food produced profitably without subsidy’, while taking steps to improve the environment, improve animal health and welfare, and reduce carbon emissions. Yet if the government truly wants to fulfil these objectives, organic must be properly recognised for its role in delivering against those targets.”

Kerr said the government was proposing a “pick and mix” approach of its scheme’s environmental features, without acknowledging the integrated and holistic benefits of organic systems.

Fellow organic certification board the Soil Association shared OF&G’s concerns, with CEO Helen Browning stating it was “disappointing to hear no reference to supporting organics as an ‘oven-ready’” way of improving farming techniques, despite its sustainability credentials.

“ELM proposals do not include pilots for organic support,” she added. “At the same time, we need to move to paying farmers for the actual benefits of the environmental services they provide, moving away from the current constraints, which base payments on the income foregone when farmers take the environment into account.

“With market disruption, Brexit looming, weather patterns changing and the lifebuoy of CAP support rapidly deflating, there’s a burning platform… but leadership, investment and a robust approach to protecting our standards in trade deals will be needed to ensure that all progressive farmers and land managers can make it through these choppy waters.”

The Grocer asked Defra to comment, which it hasn’t.