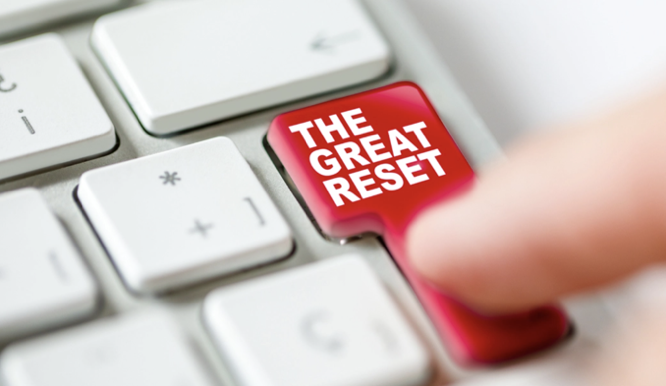 TruePublica Editor: There are many things that are still truly great about Britain. From the literary giants of Shakespear to the pop culture of the 60s and from Stonehenge to Stilton – the list is almost endless. We can be proud of some of the finest moments of our inventiveness too, such as antibiotics, cement, the jet engine, the TV, the tin can and the world wide web. Humour, queue’s, afternoon tea and apologising for everything is a way of life. The Sunday pub lunch is as important to our culture as 5000 semi-wild ponies living in the New Forest – a pristine woodland area just an hour or so outside of London. Our world-class universities dot the country just as Big Ben, Tower Bridge, St. Paul’s Cathedral and Buckingham Palace mark out one of the greatest capital cities of the world. All these things will remain as we prepare for the future, the so-called great reset – and it is in Britain’s grasp to build a good one for the generations ahead.

Some have made a good job of reform in recent political history. Labour’s longest-serving PM Tony Blair went about the job of granting independence to the Bank of England, of creating a Supreme Court, of starting the reforming of the House of Lords and devolving power from Westminster. What he did was to effectively weaken the executive powers of government and strengthen other areas that itself created more checks, balances and security for the principles of democracy and liberty. His big mistake was everything and anything to do with the invasion of Iraq. But there is no doubting that the reform Blair carried out strengthened the country in so many ways.

When Blair conceded his own position to Gordon Brown, the bank-led implosion was just months away – and everything changed. Thatcher’s revolutionary form of capitalism from the 1980s went too far. It allowed the banks to crash the economy and call on an unprecedented rescue package that stretched into hundreds of billions. In 2008, the UK’s national debt was sitting comfortably at just over half a trillion or 37 per cent of GDP – just before the pandemic it had reached £1.8 trillion or nearly 90 per cent of GDP. It allowed the Conservative party to force class-war economics down the throats of every household in the land in the form of austerity and rampant inequality to race off. Child poverty, household debt and homelessness soared as did charitable rescue centres in the form of food banks. The Trussel Trust alone delivered nearly 2 million meals in 2019.

Throughout all of this, the scapegoat sought was the growing powers of the European Union, immigration and a fictitious loss of control promoted by those in power. Brexit was the result. It was the failure to stop Thatcherism getting out of control, of privatisation getting out of control and of the general public slowly losing their ability to look after themselves, their children, communities and local services. As the millennial generation turned up for work, they found they couldn’t afford a home to live in, found themselves in university debt with degrees that didn’t provide the jobs they dreamed of. Standards of living and expectations fell for the first time since WW2 – indeed, so did average life expectancy.

To solve this Britain that those in power broke, a delusional David Cameron offered a protest vote, Brexit became real and next year, the pain of that reality will hit every household and business everywhere.

But the pandemic and Brexit have landed at the same time – and with it comes an unprecedented opportunity to reset everything that was wrong. And this government has every intention of doing exactly that – resetting that is.

To achieve their aims, they will not use the powers of persuasion or influence in a debate with the country. They will literally dispense with the checks and balances of normal democracy as they have been doing – and reset Britain for the future. In the hands of people like Boris Johnson and his crew of sycophants, they are bound to fail.

Without much care or thought – this government is already attacking judicial powers, the civil service and the devolved powers across our nation. And whilst it is true that Britain does need to take this opportunity and could take huge steps that could well launch Britain into a new era of prosperity – this government does not have what it takes to manage that change. It has rejected the best economists, the best policymakers, the longest-serving and most talented members of its own party. Experts and professionals have been replaced by lobbyists and the self-serving acting on behalf of vested interests.

The opportunity to make things better cannot be achieved in one term of government but with the right debate and narrative, the public may well get behind a truly reforming government. Just for a start, the House of Lords – stuffed full of cronies with the mindset of an era long gone – is a system of feudalism which should be replaced with an elective one.

Plenty about Britain needs to change, but the reformers’ argument and direction of travel are both wrong. First, weakening devolution will not make the union stronger, it will only undermine it. The parliaments in the union’s smaller nations were created in response to a real demand for a government with which their people could identify better than they can with Westminster. Second, liberal democracy is not majoritarianism. It includes checks and balances on executive power designed both to protect the rights of individuals and minorities, and to promote good governance. And good governance is sadly lacking at this moment of opportunity.

The Leaders Group at The Economist comments that – “If evidence were needed against the unshackling of the executive, covid-19 has provided it. At the beginning of the pandemic, the government arrogated to itself vast powers, unthinkable in normal times. In some areas, that has worked. Most of what the Treasury has done has been accomplished efficiently and effectively. In others, money has been wasted and chums have bagged top jobs and fat contracts. Yet the government has failed to get the job done. Look abroad, meanwhile, for evidence of the efficacy of devolution: powerful, well-resourced local authorities have been central to the effort in Germany and South Korea, two of the countries that have managed the pandemic best.”

The civil service also has its faults and no doubt needs more efficiency built into its architecture and clearly, technology could help. Successive governments since before Thatcher have attempted to ‘reform’ the civil service – some have succeeded, but none has attempted to fully undermine it as this government has. The actions of the Johnson administration, more akin to sabotage and subversion has not gone well so far and the political independence that gives career civil servants the confidence to say “no, minister” would make governance quite a lot worse, not better – if that independence is taken away. And yet, this government cannot see that. They also cannot see that threatening and intimidating their way to achieving their goals is destined to fail.

Boris Johnson’s biggest problem is failing to understand square pegs and round holes. He has surrounded himself with groupie’s and backslappers who have little to no experience of governing. The best leaders in the world, both corporate and political – are often flawed themselves but pick the most talented, hard-working and effective executive team to surround themselves with. Boris Johnson has not.

The main impediment to getting things done is not the constraints on the executive, nor the principles of democracy and not the civil service – but the people running it.

And whilst the Tories are right to advocate constitutional reform, they have clearly aimed in the wrong direction. A fine example is Boris Johnson recently describing Scottish devolution as a “disaster.” Somehow he was unable to see just how much that plays right into the hands of those calling for independence.  And what the pandemic has shown is that the four parts of the United Kingdom were unable to co-operate as a team during a crisis on issues common to the union. If ever there was a chance to bring it together – Johnson blew it. The result is that Scottish people detest this Prime Minister more than any other and it has directly driven polls a good 10 per cent into the direction of independence – now standing at something like 60/40.

The Economist again – “Britain should have more devolution, not less. City mayors have had a good pandemic: their popular standing ought to be matched by resources and responsibility. The balance of power between the branches of government needs to shift away from the executive, not towards it. The legislature should have a second chamber with more credibility; that means replacing a selection process for the House of Lords that combines feudalism and cronyism with an elective one. Turning the Lords into a senate of the devolved nations and the regions would give it a useful dual role. The judges’ power to prevent ministers from acting unlawfully ought to be bolstered, not constrained. Regulators with the independence to insulate business from ministerial whim need to be set up to wield some of the powers that are returning from Brussels.”

This government has attacked just about everything in an aggressive manner in its quest for change, even the media – and they have almost universally now turned against them.

This time – the time of emerging from a ruinous global pandemic, and the time for aiming for a sustainable environment, of improved social and corporate governance – whilst on the cusp of the fourth industrial revolution – is the moment for resetting everything and restacking the future for the benefit of us all. The great reset opportunity is a moment that will be wasted with an incoherent and incompetent government such as this.