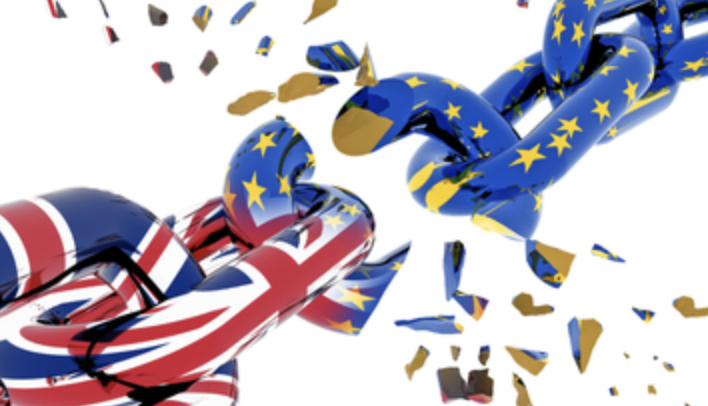 The UK’s National Audit Office reported on November 6th that there is still likely to be widespread disruption to UK-EU freight transport from 1 January 2021 to manage the border at the end of the UK’s post Brexit transition period. However, it also warns of the significant threat of the challenges and uncertainty the government has caused through its complete lack of preparedness and competence.

In its fourth report assessing the UK government’s preparations at the border, on behalf of the UK parliament, the National Audit Office (NAO) highlighted that planning for 1 January 2021 “has built on work done for previous EU Exit deadlines.” However, COVID-19 has been rolled out as the excuse for delays in government’s preparations and significant risks remain, “particularly in relation to implementing the Northern Ireland Protocol– and trader readiness more generally”.

It noted: “Departments have made progress towards implementing the systems, infrastructure and resources required to operate the border in relation to Great Britain. The report referred to the very low bar it has achieved by rating it as its ‘minimum operating capability’ by 1 January 2021. The ability for traders to move goods under transit arrangements is a key element of the government’s plans but some elements will be “challenging to deliver in their entirety.”

It noted that the UK customs authority HMRC currently estimates that there will be around 6.3 million movements of goods under transit arrangements in the year following the end of the transition period. “If all the planned arrangements are not ready, this could have an impact on the ease with which traders can import and export goods,” the NAO added.

“There is little time for ports and other third parties to integrate their systems and processes with new or changed government systems, and contingency plans may need to be invoked for some elements. There is limited time to test individual elements and resolve any emerging issues; ensure elements operate together; familiarise users with them in advance and little or no contingency time in the event of any delays.”

In other words – the NAO has little confidence that readiness for the deadline has been reached at all and even the slightest hiccup could cause all sorts of problems, especially as no system has been tested.

The NAO, after being diplomatic in its headline report went on to highlight the sheer scale of the lack of preparedness the government had achieved or advice and support to business more widely.

Significant disruption at the border

It said that even if the government makes further progress with its Brexit preparations, “there is still likely to be significant disruption at the border from 1 January 2021 as traders will be unprepared for new EU border controls which will require additional administration and checks. The government’s latest reasonable worst-case planning assumptions, from September 2020, are that 40% to 70% per cent of hauliers will not be ready for these new controls and up to 7,000 lorries may need to queue at the approach to the short Channel crossings, such as Dover to Calais.”

The NAO noted that the government’s plan for reducing the risk of disruption at the approach to the short Channel crossings “is still developing, with various issues yet to be resolved. At this late stage, the government intends to launch a new GOV.UK web service called ‘Check an HGV is ready to cross the border’ for hauliers to check and self-declare that they have the correct documentation for EU import controls before travelling and obtain permits to drive on prescribed roads in Kent.

“However, there is more to do on how ‘Check an HGV’ will be enforced and how it will work together with traffic management plans for Kent,” the NAO noted.

“Government is preparing civil contingency plans, such as to ensure continuity of the supply of critical goods and medicines in the event of disruption to supply chains. On 13 October 2020 the Department for Transport announced it had awarded contracts to provide additional freight capacity for over 3,000 lorries a week on routes avoiding the short Channel crossings. However, COVID-19 is making civil contingency plans more difficult to enact, with local authorities, industry and supply chains already under additional strain.”

As if this part of the report is not disturbing enough, the rest adds up to truly sobering reading.

The NAO report highlighted that the UK government will also need to implement the Northern Ireland Protocol from 1 January 2021. “However, due to the scale and complexity of the changes, the lack of time and the impact of ongoing negotiations, there is a very high risk it may not be implemented in time.”

It continued: “The government has left itself little time to mobilise its new Trader Support Service (TSS), to reduce the burden on traders moving goods to Northern Ireland and to help them prepare. It will be challenging to establish the TSS by 1 January 2021.

“Work needs to be done to identify NI traders and sign them up to use the service; recruit and train the staff required; develop software to enable traders to connect to HMRC’s systems; and deliver educational activities to traders. There is also ongoing uncertainty about the requirements for the movement of goods under the Protocol. Therefore, there is still a high risk that traders will not be ready.”

However, it noted: “Despite this, there remains significant uncertainty about whether preparations will be complete in time, and the impact if they are not. Some of this uncertainty could have been avoided, and better preparations made, had the government addressed sooner issues such as the need for an increase in the number of customs agents to support traders.

Gareth Davies, head of the NAO, commented: “The 1 January deadline is unlike any previous EU Exit deadline – significant changes at the border will take place and government must be ready. Disruption is likely and government will need to respond quickly to minimise the impact, a situation made all the more challenging by the COVID-19 pandemic.”

No surprise to the freight sector

Commenting on the report, the British International Freight Association (BIFA) said it “comes as no great surprise” to the freight sector that the report concludes “that there is likely to be widespread border disruption at the end of the post-EU Exit transition period”.

Robert Keen, Director General of BIFA, said that the NAO assessment corresponds with what BIFA is hearing from its members, which believe that it will take some time for a fully functioning border to be put in place.

“With less than two months to go to the end of the Brexit transition period, BIFA members are still waiting for the government to provide complete information and clarity on the processes by which cross-border trade will be conducted at the end of the year; the systems that will underpin those processes; and assurance that those systems, which have yet to be tested, will actually work, and be able to do what is necessary.

“Even before the pandemic, our members were concerned that the 11-month transition wouldn’t leave enough time to prepare for all the reasons mentioned in the latest NAO assessment. Having had their businesses affected badly by the effects of the pandemic, we really do continue to wonder whether they, and the clients they serve, will have the capacity to increase readiness for a sharp change in trading practices and conditions from the start of next year.”

The combination of Brexit and COVID-19 means cargo owners and carriers have already begun reverting to a UK-Europe freight model similar to that seen prior to the foundation of the European Union in 1992, when there were far higher levels of UK-EU unaccompanied cargo and less than 50% of UK-Europe trade went through the Dover Strait.

A senior industry source said that Brexit and the fear of congestion at ports serving the Dover Strait when border controls are re-introduced at the end of the UK’s Transition Period from EU rules at the end of this year, combined with COVID-19 – has aggravated the risk of a shortage of truck drivers – has led to cargo owners and carriers re-assessing their transport plans and choosing different ports, different shipping methods, and switching transport modes in order to preserve supply chains.

Stephen Carr, Commercial Director for Peel Ports, said about long lorry queues: “It’s already happening. COVID’s had an impact on the availability of haulage and hauliers on long-distance routes, particularly on the cargo that comes out of Iberia into the UK.”

“Actually, what we have here is a confluence of events clashing together – challenges posed by COVID, and those posed by Brexit – and what we’re seeing is people starting to revert to a model that was more akin to that which we saw in the UK prior to the Maastricht Treaty. Pre-Maastricht, less than 50% of the trade the UK had with continental Europe went through the Dover Strait. It’s now more than 75%.”

Carr also emphasised the continued uncertainty over the number of customs staff available at ports to carry out inspections of cargo as a result of Brexit.

“Do we have sufficient inspectors? Well, if we have a trade deal and one that respects reciprocal standards, the number of inspections that will be needed will be far lower than exiting on a ‘no deal’ basis. But you can’t answer that question until you know what the trading terms will be on 1 January.”

Also responding to the NAO report, Stefan Tärneberg, Director of Solution Consulting at supply chain technology firm BluJay Solutions, commented: “Rerouting via different ports could be a saving grace for shippers in some industries. While the most popular ports will be over capacity from January 1, companies are beginning to explore the potential of smaller ports off the beaten track to skip the queues.

“But rerouting is not a viable solution for everyone. Fresh flowers from the Netherlands or fruit from the Mediterranean won’t survive the long journey. It also costs more in fuel miles: not ideal for those with heavy shipments.”

The NAO report simply highlights that it takes time to manage change and with Brexit – a massive change programme that permeates through the whole of society more widely, it needed more than just political soundbites from those who promoted it as something easy to achieve and would ultimately provide the platform for ‘sunny uplands’ to emerge. This has now been shown to be little more than illusory. Brexit has already cost the UK economy approximately £200bn in lost GDP and been calculated by the government to lose between 6 and 7 per cent of GDP every year for the next decade at least.