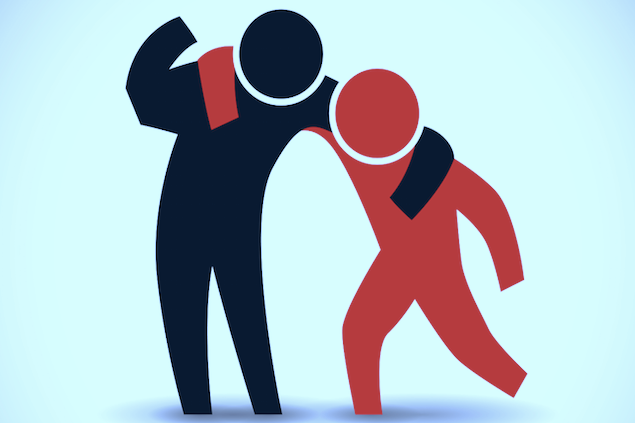 By John W Whitehead: How is it that despite all of the blessings and advantages we in the United States possess, as a nation we continue to major in minors, prioritizing politics and profit margins over decency and human-kindness? We’ve been operating in this topsy-turvy, inside-out, upside-down state of being for too long now, but the absence of goodwill, charity and human kindness is especially apparent now, with Christmas just around the corner.

For instance, Americans spent an estimated $6.9 billion dollars on federal elections in 2016. And what do we have to show for it? More of the same. The halls of Congress and the White House are as polluted as ever.

Americans have shelled out trillions of dollars of hard-earned tax dollars on political circuses, war machines and graft that fed no one, clothed no one, sheltered no one, and did not in any way shift the balance of power in the country between the elite that runs Washington DC and the millions of taxpayers whose needs are not being heard or represented, and who must labor to pay for the corruption, excesses and graft of the power elite.

When will we ever learn?

Before you know it, Christmas will be a distant memory and we’ll be back to our regularly scheduled programming of politics, war, violence, materialism and mayhem.

There may not be much we can do to avoid the dismal reality of the police state in the long term, but in the short term, there are things we can all do right now to make this world (or at least our small corners of it) just a little bit kinder, a little less hostile and a lot more helpful to those in need.

No matter what one’s budget, religion, or political persuasion, here are a few things we can do right now to beat the police state blues and recapture the true spirit of Christmas.

Tone down the partisan rhetoric, the “us” vs. “them” mentality.  Instead of wasting time and resources on political infighting, it’s time Americans learned to work together to solve the problems before us.

Minimize the technology and tune into what’s happening in your family, in your community and your world.

Ration your screen time. Trade virtual communities for real ones. Greet your neighbors. Make time for family meals. Spend time talking to each other instead of at each other.

Show compassion to those in need, be kind to those around you, forgive those who have wronged you, and teach your children to do the same. Remember your p’s and q’s. I’m talking about simple things like holding a door open for someone, helping someone stranded on the side of the road, and saying “please” and “thank you” to those who do you a service.

Talk less, listen more. Take less, and give more. Instead of counting your many complaints, count your blessings and pay them forward. Here’s where I’ll put in a plug for The Rutherford Institute, which is one of the most hard-working, ethical and selfless organizations out there trying to make this sorry little world a better place. If the spirit of giving moves you, take a moment to send some love their way. They’re doing a lot with very little, and they can use all the help they can get.

Stop being a hater. How can we ever hope to curb the hatred and animosity that have spurred global terrorism over the past few decades if we can’t even forgive the human failings of those in our immediate circles?

Learn tolerance in the true sense of the word. True tolerance stems from a basic respect for one’s fellow man or woman. And it should be taught to children from the time they can understand right from wrong.

Value your family. The family, such that it is, is being torn apart by divorce, infidelity, over-scheduling, overwork, materialism, and an absence of spirituality. Young people are refusing to talk to their parents, grandparents are being denied access to their grandchildren, and older individuals are left to moulder away in nursing homes. Yet without the family, the true building block of our nation, there can be no freedom.

Feed the hungry, shelter the homeless and comfort the lonely and broken-hearted. Take part in local food drives. Take a meal to a needy family. “Adopt” an elderly person. Urge your churches, synagogues and mosques to act as rotating thermal shelters for the homeless during the cold winter months. As Jesus—the reason for the season—reminded his followers, “Whatever you did for the least of these, you did for me.”

Give peace a chance.  The military industrial complex has a lot to gain financially from America’s endless wars, but in the end, we all lose.

We’re all in the same boat together. It’s been a toxic year full of hateful rhetoric demonizing those with whom one might disagree politically, racially, religiously, culturally, economically, morally, etc. These differences won’t matter in the long run. At a certain level, we’re all the same. We’re all in the same boat together. Indeed, as I point out in my book BattlefieldAmerica: The War on the American People, unless we do something to stop it the oppression and injustice of the police state now—whether it takes the form of shootings, surveillance, fines, asset forfeiture, prison terms, roadside searches, and so on—we will all suffer the same fate eventually.

As Dickens reminds us, it’s never too late to make things right in the world and try to be better people and, most importantly of all, pay your blessings forward.

Whether you do it as the Grinch did by reaching out to people with whom you don’t see eye to eye and building bridges of friendship, or as Scrooge did, by repenting of his greed, selfishness and bah humbuggery and looking out for those in need, the point, my friends, is to do it now before it’s too late, not just at Christmastime, but always.