USA: Silence Is Betrayal: Get Up, Stand Up, Speak Up for Your Rights 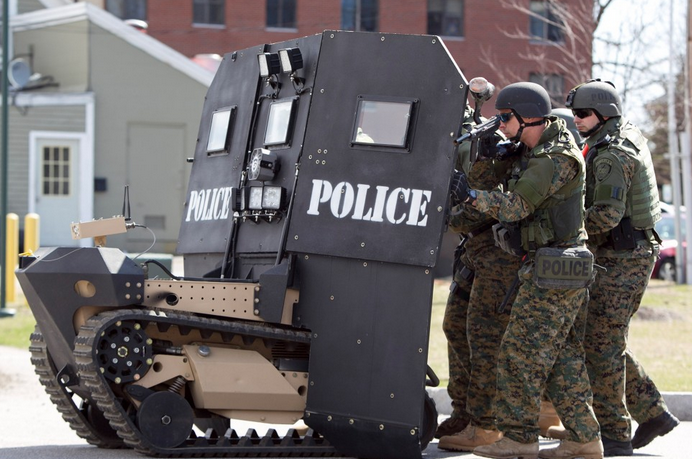 By John W Whitehead from Charlottesville, USA: I’m tired of liars, scoundrels and cheats. I’m sick of circus politics, sex scandals and partisan hypocrisy. I’ve reached the limits of my tolerance for individuals who have bartered their morality, consciences, integrity, religious beliefs and liberty for political gain. Enough already.

This is not a reality show. It is not an experiment in political theories or a contest over who generates the biggest laughs, or the highest ratings, or the best polling numbers.

The United States of America is run by a cabal of racist, classist, sexist, militaristic, misogynistic, greedy, heartless thugs who are obviously satisfied that their latest CEO—Donald Trump—is doing such a great job of keeping the nation polarized and pole-axed by his reality show antics.

After all, why hire a statesman when you can hire a buffoon who will entertain, enrage and incite a nation to the brink of madness.

They—the powers-that-be, the Deep State, the controllers, the financiers, the war hawks—want us in a state of civil unrest. They want the riots and the mob violence and the political discord and the state of panic. They want us to fight each other and be incapable of taking a united stand against tyranny.

They want us silent and subservient.

We have been silent when the universe demanded that we get up, stand up, and speak out.

There comes a time when silence is betrayal, warned Martin Luther King, Jr.

We ignored King’s warning about the triple evils of poverty, racism and militarism, and look where it’s gotten us: mounting national debt, impoverished communities, racial unrest, endless wars abroad and a military industrial complex that has turned its greedy sights on America.

We can no longer afford to ignore the warnings about where this is all leading.

The clock is ticking us down to doomsday.

Remember that dystopian Pentagon training video being used to prepare armed forces to solve future domestic political and social problems? The Pentagon is anticipating that all hell will break loose by 2030. That’s only 12 short years away.

We can no longer afford to pretend that we are just playing a game. The stakes are too high. In this particular game, winners take everything, and losers lose their lives.

This is life in the American people state and it is increasingly becoming desperate, dangerous and heart-breaking for everyone who doesn’t belong to the elite class of corporate/government operatives that are really in charge.

We’re all in this together.

It doesn’t matter what your politics are, where you worship, whom you love, where you live, how much money you make, what language you speak, what color your skin is, whether you’re a high school dropout or a college graduate, what kind of car you drive, or any other “differences” that are used to divide us into opposing factions: what unites us is that we’re all traveling this road together.

Right now, we’re so focused on what divides us that we can’t see the danger looming ahead.

While Congress is debating whether the president is racist for referring to African nations as “shithole countries,” no one is talking about the racist government policies that will ensure that “1 of every 4 African American males born this decade can expect to go to prison in his lifetime.”

Take the criminal justice system, for example—one of the most racist institutions around. It is a fact that crime happens. It happens whether you’re white, black, brown or some shade in between. However, while white Americans make up 76% of the population, African Americans and people of color are the ones who are disproportionately being singled out for police stops, searches, use of force during arrests, prison terms for drugs, and longer jail terms.

America is a racist nation, but the racists are on the government payroll.

While the media swarms all over accusations of sexual misconduct against prominent men in Hollywood, few are addressing the devastating scope of sexual misconduct within the nation’s police forces. According to Newsweek, “At the national level, 990 officers had their licenses revoked between 2009 and 2014 because of rape, sodomy or other sexual misconduct, an Associated Press investigation found. Some of the victims had just been victims of a crime. One-third were juveniles.” That doesn’t include the numbers that go unreported because the victims were scared to speak out.

America is a nation of sexual predators, but the predators are pulling government salaries.

While the government continues to wage its misguided war on drugs, helped along by Jeff Sessions and his gang of militarized, battle-ready SWAT teams that shoot first and ask questions later, not enough is being done to root out those government agents who are padding their pockets by trafficking drugs and sex. For instance, a Los Angeles County sheriff’s deputy was recently charged with selling drugs and offering the protection of other cops to dealers. The Huffington Post reports on a long list of police officers who have been arrested for pimping young girls.

It turns out that America is also a nation of drug and sex traffickers using their government jobs for cover.

Those are just a few examples of the many injustices being perpetrated against the American people by government agents and agencies who don’t care whether “we the people” live or die.

Remember this the next time you find yourself drawn into a heated debate over the antics of this president and his inhumane policies and his outlandish reality show.

The next time you hear any government shill talk about the need to keep America safe, remember that the people of the United States continue to be robbed, cheated, tasered, stripped, searched, bullied, threatened, jailed, shot and killed by the very government agents entrusted with protecting their rights.

As I make clear in my book Battlefield America: The War on the American People, the U.S. government has become a greater menace to the life, liberty and property of its citizens than any of the so-called dangers from which the government claims to protect us.

The time has come for truth, the whole truth, and nothing but the truth.

As George Orwell noted, “In times of universal deceit, telling the truth is a revolutionary act.”