The State of Our Union: A House Divided, Enslaved & Mired in the Mistakes of the Past 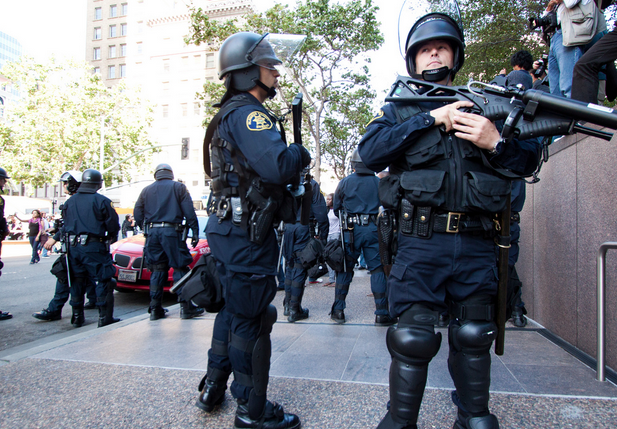 By constitutional attorney John W Whitehead: History has a funny way of circling back on itself. The facts, figures, faces and technology may change from era to era, but the dangers remain the same. This year is no different, whatever the politicians and talking heads may say to the contrary. Brush up on your history, and you’ll find that we’ve been stuck on repeat for some time now.

Go far enough afield, and you’ll find aspects of our troubled history mirrored in the totalitarianism of Nazi Germany, in the fascism of Mussolini’s Italy, and further back in the militarism of the Roman Empire.

No matter how we change the narrative, change the characters, change the plot lines, we seem to keep ending up in the same place that we started: enslaved, divided and repeating the mistakes of the past.

You want to know about the true State of our Union? Listen up.

The State of the Union: The state of our union is politically polarized, controlled by forces beyond the purview of the average American, and rapidly moving the nation away from its freedom foundation. Consequently, the state of our nation has become more bureaucratic, more debt-ridden, more violent, more militarized, more fascist, more lawless, more invasive, more corrupt, more untrustworthy, more mired in war, and more unresponsive to the wishes and needs of the electorate. The policies of the American police state have continued unabated.

The Executive Branch: All of the imperial powers amassed by Barack Obama and George W. Bush—to kill American citizens without due process, to detain suspects indefinitely, to strip Americans of their citizenship rights, to carry out mass surveillance on Americans without probable cause, to suspend laws during wartime, to disregard laws with which he might disagree, to conduct secret wars and convene secret courts, to sanction torture, to sidestep the legislatures and courts with executive orders and signing statements, to direct the military to operate beyond the reach of the law, to act as a dictator and a tyrant, above the law and beyond any real accountability—were inherited by Donald Trump.

The Legislative Branch:  Congress may well be the most self-serving, semi-corrupt institution in America. Abuses of office runs the gamut from elected representatives neglecting their constituencies to engaging in self-serving practices, including the misuse of eminent domain, earmarking hundreds of millions of dollars in federal contracting in return for personal gain and campaign contributions, having inappropriate ties to lobbyist groups and incorrectly or incompletely disclosing financial information. Pork barrel spending, hastily passed legislation, partisan bickering, a skewed work ethic, graft and moral turpitude have all contributed to the public’s increasing dissatisfaction with congressional leadership.

The Judicial Branch: The Supreme Court was intended to be an institution established to intervene and protect the people against the government and its agents when they overstep their bounds. Yet through their deference to police power, preference for security over freedom, and evisceration of our most basic rights for the sake of order and expediency, the justices of the United States Supreme Court have become the guardians of the American police state in which we now live. As a result, sound judgment and justice have largely taken a back seat to legalism, statism and elitism, while preserving the rights of the people has been deprioritized and made to play second fiddle to both governmental and corporate interests.

Law Enforcement: By and large the term “law enforcement” encompasses all agents within a militarized police state, including the military, local police, and the various agencies such as the Secret Service, FBI, CIA, NSA, etc. Having been given the green light to probe, poke, pinch, taser, search, seize, strip and generally manhandle anyone they see fit in almost any circumstance, all with the general blessing of the courts, America’s law enforcement officials, no longer mere servants of the people entrusted with keeping the peace but now extensions of the military, are part of an elite ruling class dependent on keeping the masses corralled, under control, and treated like suspects and enemies rather than citizens.

I haven’t even touched on the corporate state, the military industrial complex, SWAT team raids, invasive surveillance technology, zero tolerance policies in the schools, overcriminalization, or privatized prisons, to name just a few, but what I have touched on should be enough to show that the landscape of our freedoms has already changed dramatically from what it once was and will no doubt continue to deteriorate unless Americans can find a way to wrest back control of their government and reclaim their freedoms.

America is at a crossroads.

History may show that from this point forward, we will have left behind any semblance of constitutional government and entered into a militaristic state where all citizens are suspects and security trumps freedom.

Certainly, as I make clear in my book Battlefield America: The War on the American People, we have moved beyond the era of representative government and entered a new age: the age of authoritarianism. Even with its constantly shifting terrain, this topsy-turvy travesty of law and government has become America’s new normal.

As long as we continue to put our politics ahead of our principles—moral, legal and constitutional—“we the people” will lose.

And you know who will keep winning by playing on our prejudices, capitalizing on our fears, deepening our distrust of our fellow citizens, and dividing us into polarized, warring camps incapable of finding consensus on the one true menace that is an immediate threat to all of our freedoms? The government.

When we lose sight of the true purpose of government—to protect our rights—and fail to keep the government in its place as our servant, we allow the government to overstep its bounds and become a tyrant that rules by brute force.

Brace yourselves. We are approaching critical mass.