A Tale of Two Americas: Where the Rich Get Richer and the Poor Go to Jail 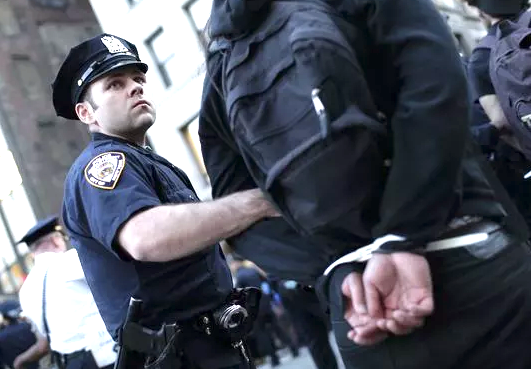 By John W Whitehead: This is the tale of two Americas, where the rich get richer and the poor go to jail. Aided and abetted by the likes of Attorney General Jeff Sessions—a man who wouldn’t recognize the Constitution if it smacked him in the face—the American dream has become the American scheme: the rich are getting richer and more powerful, while anyone who doesn’t belong to the power elite gets poorer and more powerless to do anything about the nation’s steady slide towards fascism, authoritarianism and a profit-driven police state.

Not content to merely pander to law enforcement and add to its military largesse with weaponry and equipment designed for war, Sessions has made a concerted effort to expand the police state’s power to search, strip, seize, raid, steal from, arrest and jail Americans for any infraction, no matter how insignificant.

Now Sessions has given state courts the green light to resume their practice of jailing individuals who are unable to pay the hefty fines imposed by the American police state. In doing so, Sessions has once again shown himself to be not only a shill for the Deep State but an enemy of the people.

First, some background on debtors’ prisons, which jail people who cannot afford to pay the exorbitant fines imposed on them by courts and other government agencies.

Congress banned debtors’ prisons in 1833. In 1983, the U.S. Supreme Court ruled the practice to be unconstitutional under the Fourteenth Amendment’s Equal Protection clause.

Where things began to change, according to The Marshall Project, was with the rise of “mass incarceration” when we started to imprison more people for lesser crimes.

By the late 1980s and early 90s, “there was a dramatic increase in the number of statutes listing a prison term as a possible sentence for failure to repay criminal-justice debt.” During the 2000s, the courts started cashing in big-time “by using the threat of jail time – established in those statutes – to squeeze cash out of small-time debtors.”

Fast-forward to the present day which finds us saddled with not only profit-driven private prisons and a prison-industrial complex but also, as investigative reporter Eli Hager notes, “the birth of a new brand of ‘offender-funded’ justice.”

Follow the money trail. It always points the way.

Whether you’re talking about the government’s war on terrorism, the war on drugs, or some other phantom danger dreamed up by enterprising bureaucrats, there is always a profit-incentive involved.

The same goes for the war on crime.

At one time, the American penal system operated under the idea that dangerous criminals needed to be put under lock and key in order to protect society. Today, the flawed yet retributive American “system of justice” is being replaced by an even more flawed and insidious form of mass punishment based upon profit and expediency.

Sessions’ latest gambit plays right into the hands of those who make a profit by jailing Americans.

Under such a system, the plight of the average American is measured in dollars and cents.

This is not justice.

This is yet another example of how greed and profit-incentives have not only perverted policing in America but have corrupted the entire criminal justice system.

Unfortunately, the criminal justice system has been operating as a for-profit enterprise for years now, covertly padding its pockets through penalty-riddled programs aimed at maximizing revenue rather than ensuring public safety.

And for those who can’t afford to pay the court fines heaped on top of the penalties ($302 for jaywalking, $531 for an overgrown yard, or $120 for arriving a few minutes late to court), there’s probation (managed by profit-run companies that tack on their own fees, which are often more than double the original fine) or jail time (run by profit-run companies that charge inmates for everything from food and housing to phone calls at outrageous markups), which only adds to the financial burdens of those already unable to navigate a costly carceral state.

Ask yourself this: at a time when crime rates across the country remain at historic lows (despite Sessions’ inaccurate claims to the contrary), why does the prison population continue to grow?

The prison population continues to grow because of a glut of laws that criminalize activities that should certainly not be outlawed, let alone result in jail time. Overcriminalization continues to plague the country because of legislators who work hand-in-hand with corporations to adopt laws that favor the corporate balance sheet. And when it comes to incarceration, the corporate balance sheet weighs heavily in favor of locking up more individuals in government-run and private prisons.

It’s a vicious cycle that grows more vicious by the day.

Now you can shrug all of this away as a consequence of committing a crime, but that just doesn’t cut it. Especially not when average Americans are being jailed for such so-called crimes as eating SpaghettiOs (police mistook them for methamphetamine), not wearing a seatbelt, littering, jaywalking, having homemade soap (police mistook the soap for cocaine), profanity, spitting on the ground, farting, loitering and twerking.

There is no room in the American police state for self-righteousness. Not when we are all guilty until proven innocent.

As I make clear in my book Battlefield America: The War on the American People, this is no longer a government “of the people, by the people, for the people.”

It is fast becoming a government “of the rich, by the elite, for the corporations,” and its rise to power is predicated on shackling the American taxpayer to a debtors’ prison guarded by a phalanx of politicians, bureaucrats and militarized police with no hope of parole and no chance for escape.