Technotyranny: The Iron-Fisted Authoritarianism of the U.S. Surveillance State 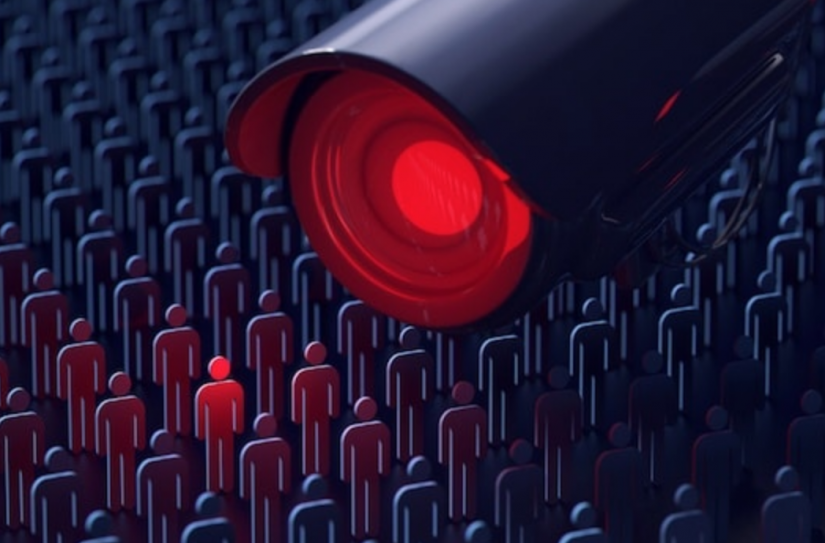 By John W Whitehead: Red pill or blue pill? You decide. Twenty years after the Wachowskis’ iconic 1999 film, The Matrix, introduced us to a futuristic world in which humans exist in a computer-simulated non-reality powered by authoritarian machines – a world where the choice between existing in a denial-ridden virtual dream-state or facing up to the harsh, difficult realities of life comes down to a red pill or a blue pill—we stand at the precipice of a technologically-dominated matrix of our own making.

We are living the prequel to The Matrix with each passing day, falling further under the spell of technologically-driven virtual communities, virtual realities and virtual conveniences managed by artificially intelligent machines that are on a fast track to replacing us and eventually dominating every aspect of our lives.

In The Matrix, computer programmer Thomas Anderson a.k.a. hacker Neo is wakened from a virtual slumber by Morpheus, a freedom fighter seeking to liberate humanity from a lifelong hibernation state imposed by hyper-advanced artificial intelligence machines that rely on humans as an organic power source. With their minds plugged into a perfectly crafted virtual reality, few humans ever realise they are living in a dream world.

Neo is given a choice: to wake up and join the resistance, or remain asleep and serve as fodder for the powers-that-be. “You take the blue pill and the story ends. You wake in your bed and believe whatever you want to believe,” Morpheus says to Neo in The Matrix. “You take the red pill and you stay in Wonderland, and I show you how deep the rabbit hole goes.”

Most people opt for the red pill.

In our case, the red pill—a one-way ticket to a life sentence in an electronic concentration camp—has been honey-coated to hide the bitter aftertaste, sold to us in the name of expediency and delivered by way of blazingly fast Internet, cell phone signals that never drop a call, thermostats that keep us at the perfect temperature without our having to raise a finger, and entertainment that can be simultaneously streamed to our TVs, tablets and cell phones.

Yet we are not merely in thrall with these technologies that were intended to make our lives easier. We have become enslaved by them.

Look around you. Everywhere you turn, people are so addicted to their internet-connected screen devices—smart phones, tablets, computers, televisions—that they can go for hours at a time submerged in a virtual world where human interaction is filtered through the medium of technology.

This is technological tyranny and iron-fisted control delivered by way of the surveillance state, corporate giants such as Google and Facebook, and government spy agencies such as the National Security Agency.

We are living in a virtual world carefully crafted to resemble a representative government, while in reality we are little more than slaves in thrall to an authoritarian regime, with its constant surveillance, manufactured media spectacles, secret courts, inverted justice, and violent repression of dissent.

So consumed are we with availing ourselves of all the latest technologies that we have spared barely a thought for the ramifications of our heedless, headlong stumble towards a world in which our abject reliance on internet-connected gadgets and gizmos is grooming us for a future in which freedom is an illusion.

All of those internet-connected gadgets we just have to have (Forbes refers to them as “(data) pipelines to our intimate bodily processes”)—the smart watches that can monitor our blood pressure and the smart phones that let us pay for purchases with our fingerprints and iris scans—are setting us up for a brave new world where there is nowhere to run and nowhere to hide.

Imagine what a SWAT team could do with the ability to access, monitor and control your internet-connected home: locking you in, turning off the lights, activating alarms, etc.

Thus far, the public response to concerns about surveillance has amounted to a collective shrug.

However, both dangers are just as lethal to our freedoms if left unchecked.

Consider that on any given day, the average American going about his daily business is monitored, surveilled, spied on and tracked in virtually every way by both government and corporate eyes and ears.

We are now in the final stage of the transition from a police state to a surveillance state.

Control is the key here.

Total control over every aspect of our lives, right down to our inner thoughts, is the objective of any totalitarian regime.

Now there are still those who insist that they have nothing to hide from the surveillance state and nothing to fear from the police state because they have done nothing wrong. To those sanctimonious few, secure in their delusions, let this be a warning: the danger posed by the American police state applies equally to all of us, lawbreaker and law-abider alike.

In an age of too many laws, too many prisons, too many government spies, and too many corporations eager to make a fast buck at the expense of the American taxpayer, there is no safe place and no watertight alibi.

We are all guilty of some transgression or other.

Eventually, as I make clear in my book Battlefield America: The War on the American People, we will all be made to suffer the same consequences in the electronic concentration camp that surrounds us.

Constitutional attorney and author John W. Whitehead is founder and president of The Rutherford Institute. His new book Battlefield America: The War on the American People  is available at www.amazon.com. Whitehead can be contacted at johnw@rutherford.org.