The Slippery Slope to a Constitution-Free America 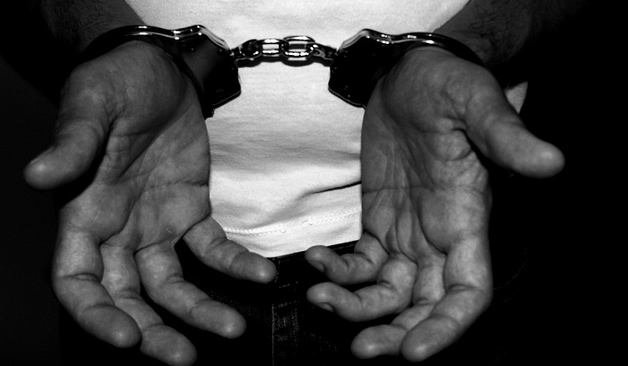 By John W Whitehead – US Constitutional Attorney: The ease with which Americans are prepared to welcome boots on the ground, regional lockdowns, routine invasions of their privacy, and the dismantling of every constitutional right intended to serve as a bulwark against government abuses is beyond unnerving.

I am referring at this particular moment in time to President Trump’s decision to deploy military forces to the border in a supposed bid to protect the country from invading bands of illegal immigrants.

This latest attempt to bamboozle the citizenry into relinquishing even more of their rights is commonly referred to as letting the wolves guard the henhouse.

We are long past the stage where the government—at any level—abides by restrictions on its powers.

What we are dealing with is a run-away government hyped up on its own power, whose policies are dictated more by paranoia than need.

It works the same in every country.

Time and again, we keep sacrificing our liberties for phantom promises of safety.

The lesson is this: once a free people allows the government to make inroads into their freedoms or uses those same freedoms as bargaining chips for security, it quickly becomes a slippery slope to outright tyranny.

This is fast becoming a government that has no respect for the freedom or lives of its citizenry.

Yet there are warning signs we cannot afford to ignore.

First off, there is no such thing as a “border” in the eyes of these military patrols. The entire United States of America has become a Constitution-free zone.

According to journalist Todd Miller, the “once thin borderline of the American past” is “an ever-thickening band, now extending 100 miles inland around the United States—along the 2,000-mile southern border, the 4,000-mile northern border and both coasts… This ‘border’ region now covers places where two-thirds of the US population (197.4 million people) live… The ‘border’ has by now devoured the full states of Maine and Florida and much of Michigan.”

The U.S. government has also declared that ever-expanding border region a Constitution-free zone.

Second, this de facto standing army that has been imposed on the American people is in clear violation of the spirit—if not the letter of the law—of the Posse Comitatus Act, which restricts the government’s ability to use the U.S. military as a police force.

America’s police forces—which look like, dress like, and act like the military—have undeniably become a “standing” or permanent army, one composed of full-time professional soldiers who do not disband, which is exactly what the Founders feared.

A national police force imbued with all the brutality, ineptitude and corruption such a role implies, the DHS—aptly described as a “wasteful, growing, fear-mongering beast”—has been ruthlessly efficient when it comes to establishing what the Founders feared most: a standing army on American soil.

Technically, a good case can be made that the Constitution-free border regions within the United States are already under martial law carried out by a standing army comprised of militarized police and the U.S. military.

This is what martial law looks like, when a government disregards constitutional freedoms and imposes its will through military force, only this is martial law without any government body having to declare it. This is martial law packaged as law and order and sold to the public as necessary for keeping the peace.

It doesn’t matter whether the so-called threats to national security posed by terrorists, extremists or immigrant armies ever became a reality. Once the government acquires—and uses—additional powers, it does not voluntarily relinquish them.

The damage has been done.

Face it: we are sliding fast down a slippery slope to a Constitution-free America.

We’ve been heading in this direction for some time now, but this downward trajectory has picked up speed since Donald Trump became president.

All of the government’s ongoing assaults on the constitutional framework of the nation have been sold to the public as necessary for national security.

Remember when George W. Bush claimed the country was being invaded by terrorists post-9/11 and insisted the only way to keep America safe was to give the government and its gun-toting agents greater powers to spy, search, detain and arrest?

The terrorist invasion never really happened, but the government kept its newly acquired police powers made possible by the USA Patriot Act.

Remember when Barack Obama claimed the country was being invaded by domestic terrorists and insisted the only way to keep America safe was to give the military the power to strip Americans of their constitutional rights, label them extremists, and detain them indefinitely without trial?

The invasion never really happened, but the government kept its newly acquired detention powers made possible by the National Defense Authorization Act (NDAA).

Now you have Donald Trump claiming the country is being invaded by immigrants and insisting that the only way to keep America safe is to empower the military to “assist” with border control.

Mind you, Trump is not the first president to deploy military forces to the border.

Nevertheless, you can rest assured that this latest call for boots on the ground (whether those boots belong to the National Guard or the armed forces is mere semantics) to police the American border is yet another Trojan Horse that will inflict all manner of nasty police state surprises on an unsuspecting populace.

As I make clear in my book Battlefield America: The War on the American People, the menace of a national police force—a.k.a. a standing army—vested with the power to completely disregard the Constitution, cannot be overstated, nor can its danger be ignored.

Constitutional attorney and author John W. Whitehead is founder and president of The Rutherford Institute. His new book Battlefield America: The War on the American People (SelectBooks, 2015) is available online at www.amazon.com. Whitehead can be contacted at johnw@rutherford.org