The Truth About Trump’s Deal With North Korea 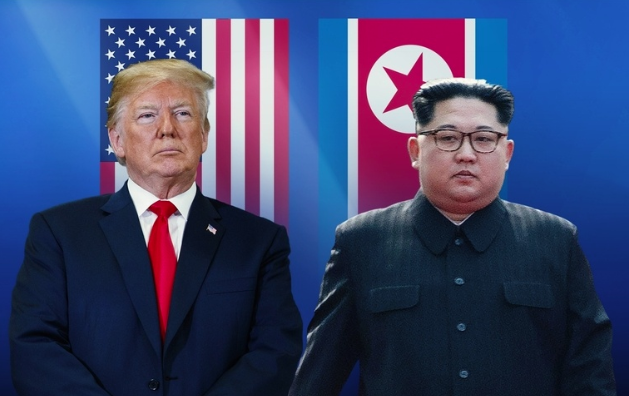 By TruePublica: For weeks now, the corporate media have been speculating that the Trump-Kim summit would really have only two possible results: Either Trump would walk away angrily or that Trump would declare himself a great negotiator for having achieved what no other American president has been able to do.

For the time being, the media are happy enough with the latter. There is much written about Trump’s superior body language and of course, his forthright manner and abilities to get the deal done. It’s his way or no way. That much we saw a few days earlier in his treatment of the G7 summit leaders in Canada.

But what we are being told by the mainstream media is not the truth.

As Gareth Porter from Consortium News says: “The idea that North Korea could not possibly agree to give up its nuclear weapons or its intercontinental ballistic missiles (ICBMs) has become an article of faith among the journalists covering the issue for big media. But the media have gotten it all wrong. They have assumed that North Korea cannot live without nuclear weapons—without making any effort to understand North Korea’s strategy in regard to nuclear weapons. They have invariably quoted “experts” who haven’t followed North Korean thinking closely but who express the requisite hostility toward the summit and negotiating an agreement with the Kim regime.”

Porter makes reference to Joel S. Wit, who was a senior adviser to the U.S. negotiator with North Korea, Ambassador Robert L. Gallucci, from 1993 to 1995, and who from 1995 to 1999 was the coordinator for the 1994 “Agreed Framework” with North Korea. More importantly, Wit also participated in a series of informal meetings with North Korean officials in 2013 about North Korea’s thinking on its nuclear weapons.

Wit revealed in an article a month ago that the North Koreans had informed the American’s in 2013 meetings that Kim was already anticipating negotiations with the United States in which North Korea would agree to give up nuclear weapons in return for steps by the United States that removed its threatening posture toward North Korea.

It appears from documents that Kim himself was already indicating a readiness to negotiate with the United States on denuclearization years ago. Again Porter states in his article that “It was the same approach to a denuclearization agreement to which North Korea had agreed in 1994 and again in 2005 and 2007, but which had failed primarily because of the reluctance of the Clinton and Bush administrations to commit to entering into a normal political and economic relationship with North Korea.”

Whilst Porter writes more on the tactics and strategy the North Koreans have used when it came to nuclear weapons testing – in short, this was a high stakes strategy that NK wanted to win and had been playing for some time – way before Trump was a presidential candidate.

Mike Pompeo, the newly installed US Secretary of State either lied or was ignorant of the facts when he said; “they are contemplating a path forward where they can make a strategic shift, one that their country has not been prepared to make before.”

Donald Trump, with the mid-term elections just around the corner, demonstrated a belligerent attitude towards the remaining G7 leaders in Canada – tearing up the normal international showing of unity in favour of garnering electoral support back at home.

Desperate to do a deal with North Korea, Trump used the same belligerent attitude to get a deal done but secured no concessions from North Korean leader Kim Jong Un – and in return even gave him a platform as a global player.

Additionally, Kim has won a halt to US military exercises on his doorstep, secured a trip to the Whitehouse and in return gave a signature on a vaguely worded document that only confirmed what NK was willing to do years earlier.

Kim has also been making friends with South Korea. This now means that if the US deal fails – it will look like Trump’s fault.

Kim has played his cards well and won hands down

“Despite the diplomatic efforts of US secretary of state Mike Pompeo, the North Koreans have given no ground judging by the document signed jointly with Kim Jong Un. In fact, it is the Americans that appear to have made a major concession – adopting the wording preferred by the North Koreans regarding denuclearisation, not just of North Korea but the entire Korean Peninsula.“

“Whatever happens next”, says Waghorn,  “Kim can bank some major gains. Other world leaders are lining up to follow in President Trump’s shoes. He has been feted here as a global player, no longer the international pariah.”

Trump’s supporters back at home will claim a victory. They will be calling this a historic moment, but Kim Jong Un now has the luxury of time on his side. Trump has used this event to shore up support for the mid-term elections. North Korea can now breath a sigh of relief. Trump cannot concede to North Korea now or any time up to the next national election in November 2020. As North Korea is safe for the immediate future it could continue to develop its weapons capabilities. It did so originally to force the Trump administration to the table and will do so again if required.

Gradually over time, the nature of this deal will come apart. North Korea will either disarm its nuclear deterrent or it won’t – either way, it can now blame America for the failure of the deal. It was Kim who made the big moves after all, not Trump.

North Korea has delivered a good game of geopolitical poker. It delivered with precision timing the its Royal Flush and the Trump administration has been suckered at their most vulnerable time – they blinked first. Whilst it may be reported that Clinton and Bush did not manage to meet the NK leaders, neither were that desperate to shore up their ratings at the mid-terms and neither fell for it.