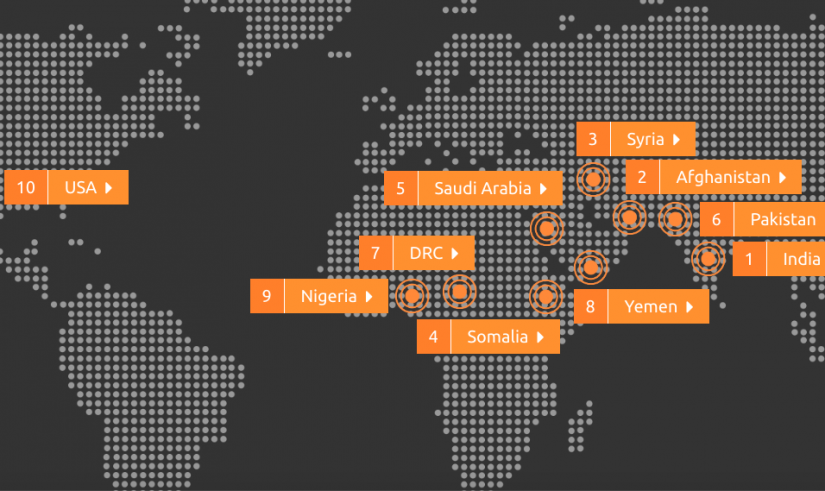 By TruePublica: Last June the Thomson Reuters Foundation — the philanthropic arm of Reuters media company — released a study that ranked India as the most dangerous place for women because of its high incidences of sexual violence, lack of access to justice in rape cases, child marriage, female feticide and human trafficking. India outranked such countries as Syria and Afghanistan — second and third — that are currently at war. What the mainstream press did not focus on was something else that really is quite shocking for those of us living in the West.

The Reuters Foundation study noted that reported cases of crimes against women in India rose 83 per cent between 2007 and 2016, where there were four cases of rape every hour. Most of the reports in the press followed this story.

Most reported that India has the most child brides in the world.  It is true that around a third of all girls are married before their 18th birthday — and its own government estimated earlier this year that there are 63 million “missing” women in the country because of sex-selective abortion, as well as 21 million unwanted girls.

One fact that was not that well published was that the only Western nation in the top 10 was the United States, which ranked joint third when respondents were asked where women were most at risk of sexual violence, harassment and being coerced into sex.

Reported rapes in India — 38,947 in 2016 — are on the rise, but its rate of rape per 100,000 people remains far lower than the United States, which experts believe is in part due to years of fear and underreporting.

While the United States came 10th overall it ranked joint third with Syria when respondents were asked where women most risked sexual violence, harassment and coercion into sex, and sixth regarding non-sexual violence such as domestic and mental abuse.

American politicians regularly bleat and boast about their (crumbling) values such as inclusivity, tolerance, diversity, respect for the rule of law, freedom of speech and the like. It appears, not if you’re born female though. 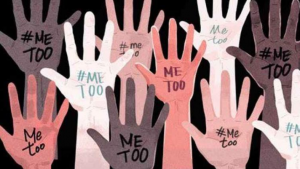 The global #metoo campaign was born in the USA

Quite unbelievably, America sits within an exclusive group of countries such as Yemen, Afghanistan, Democratic Republic of Congo, Nigeria, Pakistan, Saudi Arabia and Somalia as countries often cited for their utterly deplorable and reprehensible treatment of women.

Last year, Amnesty International reported that the world had witnessed a shocking rollback of human rights with signs of regression across the globe. Amnesty International assessed human rights violations in 159 countries in 2017 and one of its main conclusions was to accuse the U.S. government of setting the tone for a year of “hate-filled rhetoric” that fueled bigotry and persecution across the world.

Here, the US sits in a group of 10 hotspots of human rights violations consisting of Yemen, Syria, Turkey, Russia, Myanmar and China.

Not even countries such as Iran, Iraq, North Korea, Libya, Nicaragua or Rwanda appeared in the top ten of these lists, which is, an indictment of the real values of Americanism in the 21st Century.

Just two days ago, Mike Pomeo, the US secretary of state blamed Iran and China for instability in the world at a NATO meeting of foreign ministers in Brussels and stated that Donald Trump is building a new liberal world order to prevent wars and create prosperity. This is in the backdrop of a presidency that has indeed taken a liberal world order and trashed it through trade wars.

If anything, the American administration’s of Bush and Obama leading directly to the ascendency of Trump to the Whitehouse leaves the world with no order.

It should also be noted that the #blacklivesmatter campaigns against violence and systemic racism and the #metoo movement against sexual harassment and sexual assault both originated in the land of the free!

American values may state one thing, but their actions truly define the America of today. They have lost sight of this in their conduct not just abroad but at home, and have jeopardised the respect that made the United States the greatest nation on earth. Their appalling treatment of their own women and their dreadful and documented human rights violations amongst so many other state crimes demonstrates quite clearly that American values mean little in reality.