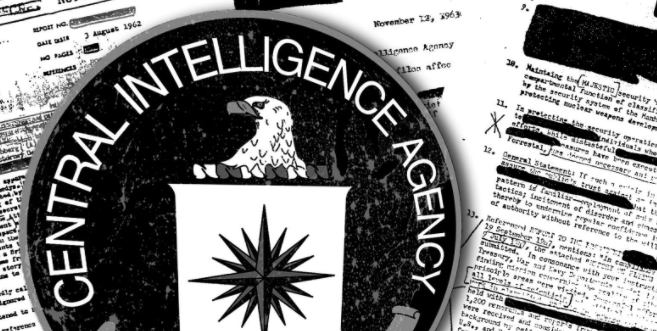 TruePublica editor: After Donald Trump’s election last year, the new president often seemed to be at war with the CIA and the 16 other U.S. intelligence agencies. He often likened them to Nazis and fascists. Trump often mocked their judgment that Russia had intervened in the election campaign to help him into the Whitehouse. And he repeatedly accused them of leaking to the media in an attempt to embarrass him and then undermine his administration at the White House.

Those important relationships have come under such strain that both the Trump administration and the CIA are considering a plan to privatise some covert operations because between both parties has effectively broken down. IntelNews and Buzzfeed News report the following story.

By Joseph Fitsanakis – IntelNews: The United States Central Intelligence Agency and the White House are considering several proposals to hire private companies to carry out covert operations abroad, according to a report.

BuzzFeed News said on Thursday that the proposals were communicated to the White House in the summer. The news site, which described the proposed plans as “highly unusual”, quoted “three sources who have been briefed on or have direct knowledge of the proposals”. The sources told BuzzFeed that, if approved, the plans would include the establishment of large intelligence networks in so-called “denied areas” —namely foreign environments deemed hostile. The networks would recruit and handle local agents, carry out psychological operations, capture terrorism suspects and rendition them to the US or third countries. “Islamic extremism” is mentioned as the primary target of the proposals.

According to BuzzFeed, one of the proposals involves Amyntor Group, a private company headquartered in the remote town of Whitefish, in northwestern Montana. The company is staffed by former members of the US Intelligence Community who have security clearances. It specialises in intelligence training and risk assessment. But it also collects and analyses intelligence and provides counterintelligence services for government agencies in America and what it calls “friendly foreign governments” abroad.

The company has reportedly been holding discussions with senior officials in the administration of President Donald Trump in recent weeks, according to two of BuzzFeed’s sources. The same sources say that the move toward privatisation of some intelligence operations is being led by a feeling in the Trump administration that the CIA has a negative view of the White House. They claim that the CIA is not prepared to go along with the Trump administration’s efforts to make the agency’s operations more aggressive and, in the words of its new director, Mike Pompeo, “much more vicious”. They therefore see privatisation as a way to bypass the resistance and skepticism of the CIA’s upper management.

BuzzFeed said it contacted the CIA about the Amyntor Group proposal, but the agency preferred not to comment. A press officer for the National Security Council, which is chaired by President Trump, said that its members were not aware of the privatisation proposals.

Amyntor Group commented through one of its lawyers, who told BuzzFeed that any contract signed between the company and the US government would be directed and controlled “by the proper government authority”.