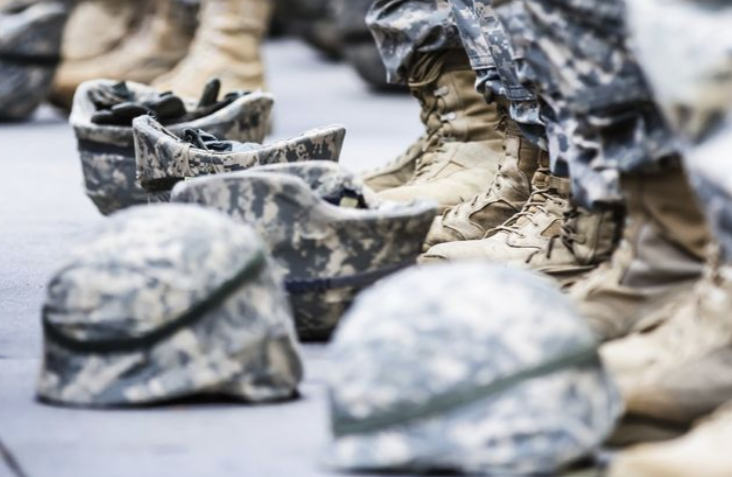 By Constitutional Attorney – John W Whitehead, Charlottesville, Virginia: Not all heroes wear the uniform of war. In the United States, however, we take particular pride in recognizing as heroes those who have served in the military. Yet while we honour our veterans with holidays, parades, discounts at retail stores and restaurants, and endless political rhetoric about their sacrifice and bravery, we do a pitiful job of respecting their freedoms and caring for their needs once out of uniform.

Despite the fact that the U.S. boasts more than 20 million veterans who have served in World War II through the present day, the plight of veterans today is America’s badge of shame, with large numbers of veterans impoverished, unemployed, traumatized mentally and physically, struggling with depression, suicide, and marital stress, homeless, subjected to sub-par treatment at clinics and hospitals, and left to molder while their paperwork piles up within Veterans Administration offices.

Still, the government’s efforts to wage war on veterans, especially those who speak out against government wrongdoing, is downright appalling.

Consider: we raise our young people on a steady diet of militarism and war, sell them on the idea that defending freedom abroad by serving in the military is their patriotic duty, then when they return home, bruised and battle-scarred and committed to defending their freedoms at home, we often treat them like criminals merely for having served in the military.

The government even has a name for its war on America’s veterans: Operation Vigilant Eagle.

As first reported by the Wall Street Journal, this Department of Homeland Security (DHS) program tracks military veterans returning from Iraq and Afghanistan and characterizes them as extremists and potential domestic terrorist threats because they may be “disgruntled, disillusioned or suffering from the psychological effects of war.”

Coupled with the DHS’ dual reports on Rightwing and Leftwing “Extremism,” which broadly define extremists as individuals, military veterans and groups “that are mainly antigovernment, rejecting federal authority in favour of state or local authority, or rejecting government authority entirely,” these tactics bode ill for anyone seen as opposing the government.

Yet the government is not merely targeting individuals who are voicing their discontent so much as it is taking aim at individuals trained in military warfare.

In recent years, military servicemen and women have found themselves increasingly targeted for surveillance, censorship, threatened with incarceration or involuntary commitment, labelled as extremists and/or mentally ill, and stripped of their Second Amendment rights.

Remember, the National Defense Authorization Act (NDAA) opened the door for the government to detain as a threat to national security anyone viewed as a troublemaker.

Moreover, it doesn’t take much anymore to be flagged as potentially anti-government in a government database somewhere—Main Core, for example—that identifies and tracks individuals who aren’t inclined to march in lockstep to the government’s dictates.

The case of Brandon Raub is a prime example of Operation Vigilant Eagle in action.

Raub, a 26-year-old decorated Marine, actually found himself interrogated by government agents about his views on government corruption, arrested with no warning, labelled mentally ill for subscribing to so-called “conspiratorial” views about the government, detained against his will in a psych ward for standing by his views, and isolated from his family, friends and attorneys.

Thankfully, The Rutherford Institute came to Raub’s assistance, which combined with heightened media attention, brought about his release and may have helped prevent Raub from being successfully “disappeared” by the government.

Even so, within days of Raub being seized and forcibly held in a VA psych ward, news reports started surfacing of other veterans having similar experiences.

That the government is using the charge of mental illness as the means by which to immobilize (and disarm) these veterans is diabolical. With one stroke of a magistrate’s pen, these veterans are being declared mentally ill, locked away against their will, and stripped of their constitutional rights.

If it were just being classified as “anti-government,” that would be one thing.

Unfortunately, anyone with a military background and training is also now being viewed as a heightened security threat by police who are trained to shoot first and ask questions later.

Feeding this perception of veterans as ticking time bombs in need of intervention, the Justice Department launched a pilot program in 2012 aimed at training SWAT teams to deal with confrontations involving highly trained and often heavily armed combat veterans.

For example, Jose Guerena, a Marine who served in two tours in Iraq, was killed after an Arizona SWAT team kicked open the door of his home during a mistaken drug raid and opened fire. Apart from his military background, Guerena had had no prior criminal record, and the police found nothing illegal in his home.

John Edward Chesney, a 62-year-old Vietnam veteran, was killed by a SWAT team allegedly responding to a call that the Army veteran was standing in his San Diego apartment window waving what looked like a semi-automatic rifle. The gun Chesney reportedly pointed at police from three stories up was a “realistic-looking mock assault rifle.”

Remember: no one is spared in a police state.

Eventually, as I make clear in my book Battlefield America: The War on the American People, we all suffer the same fate.

So if you really want to do something to show your respect and appreciation for the nation’s veterans, here’s a suggestion: skip the parades and the retail sales and the flag-waving and instead go exercise your rights—the freedoms that those veterans risked their lives to protect—by pushing back against the government’s tyranny.

Freedom is not free.

It’s time the rest of the nation started to pay the price for the freedoms we too often take for granted.