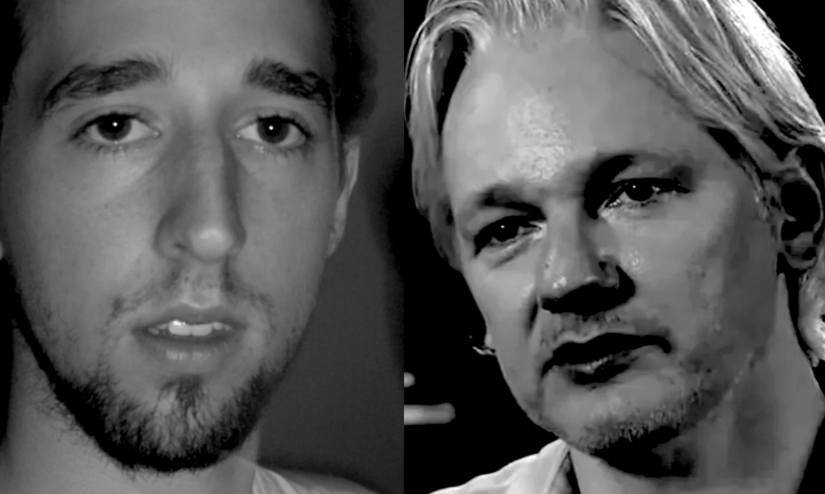 The 31-year-old has pled not guilty to 11 charges. They cover alleged violations of the Espionage Act, including the “theft of government property” and “illegal transmission of unlawfully possessed national defence information.”

The proceedings provide a glimpse into the kind of kangaroo court that Julian Assange will face if he is extradited from Britain to the US to face trumped-up Espionage Act charges over separate 2010 and 2011 WikiLeaks publications. If Schulte is convicted, it may also aid the attempts of the US Department of Justice to concoct further charges against Assange, on the grounds that he violated US “national security.”

The corporate media is seeking to suppress any public discussion of the Schulte trial. The handful of reports in the New York Times, Washington Post and other prominent publications have said virtually nothing about the assault on whistleblowers revealed in Schulte’s treatment, or the content of the material he is alleged to have leaked. It is as if Edward Snowden, the whistleblower who came to international prominence by exposing US National Security Agency surveillance operations, were on trial in New York and the media did not bother to show up.

The 2017, WikiLeaks publications, based on material Schulte has alleged to have leaked exposing CIA spying, were no less damning than the Snowden revelations. US prosecutors have stated that they constituted the “the single biggest leak of classified national defence information in the history of the CIA.”

The illegal character of these activities, which violated the US Constitution and potentially infringed on the right to privacy of millions around the world, has been covered up by the media and the official political parties in the US and around the world. Instead, Schulte and Assange have been viciously targeted.

Dubbed Vault 7, the documents detailed the activities of a secret division within the CIA responsible for offensive hacking operations. They reveal the agency as the biggest purveyor of malicious computer viruses in the world.

Among the most explosive revelations were documents showing that the CIA division would, after hacking into a computer system, leave tell-tale markers in foreign languages including Iranian and Russian. This pointed to the way in which supposedly forensic evidence of such things as “Russian interference” in the 2016 US election could be manufactured by the CIA.

The trove demonstrated that the CIA had developed capabilities to hack household appliances, including smart TVs so that they could be used to spy on their owner. It contained evidence of even more sinister operations. One document showed that the division was seeking to develop the capacity to remotely take control of the computer operating systems of modern cars. Such capabilities could be used for assassination operations.

The illegal character of these activities, which violated the US Constitution and potentially infringed on the right to privacy of millions around the world, has been covered up by the media and the official political parties in the US and around the world. Instead, Schulte and Assange have been viciously targeted.

WikiLeaks’ publication of Vault 7 in early 2017 was followed by a frenzied hunt within the CIA for the whistleblower. It was the trigger for a major intensification of Washington’s pursuit of Assange. This culminated in the increasingly-US aligned Ecuadorian government’s expulsion of Assange from its London embassy last year and his detention in Britain.

Schulte’s Manhattan apartment was raided several times, beginning on March 15, 2017. This was just weeks after WikiLeaks had begun publishing Vault 7. Schulte had left the CIA in November 2016, after a series of rancorous disputes with colleagues. He was not charged with any offence relating to CIA leaks until June 2018, over a year after he was first raided. Instead, he was indicted in November 2017 on child pornography charges, which provided the initial basis for him to be held in federal custody.

Other WikiLeaks collaborators, including Jacob Applebaum, have also been smeared with unsubstantiated allegations of sexual misconduct.

The discovery of the material supposedly took place during the course of police examinations of Schulte’s computers taken during the raids. He has pled not guilty to those offences, with his defence noting that the material was allegedly on servers to which at least a dozen people had access.

The fabrication of sexual misconduct allegations has played a central role in the US government’s campaign to destroy WikiLeaks and its sources. Most notably, a bogus Swedish sexual assault investigation into Assange was used to arbitrarily detain him for eight years and blacken his name. The “preliminary investigation” was dropped three times and never came close to the issuing of criminal charges. Other WikiLeaks collaborators, including Jacob Applebaum, have also been smeared with unsubstantiated allegations of sexual misconduct.

Schulte also faces a series of other charges, for supposedly disseminating classified information during his initial period of incarceration. This included allegedly providing information to family members about the US government’s actions against him, and the publication of Facebook posts detailing the ordeal of the police raids and his incarceration.

The government alleges that Schulte conducted what he described as an “information war” against it using contraband smartphones. It claims that this took place while he was being held in the Metropolitan Correctional Center in Manhattan.

Those charges are of a piece with a broader assault on Schulte’s legal rights in the name of protecting “national security.” In April 2019, Sabrina Shroff, Schulte’s defence lawyer, stated that the CIA was reviewing the alleged whistleblowers’ correspondence with her before it was posted. She said that the “CIA essentially has threatened us” with the prospect of legal action if Schulte’s defence lawyers were in possession of classified material.

Trial being held in climate of intimidation

In her opening argument on February 4, Shroff labelled Schulte a “scapegoat.” She noted that there had been “tremendous pressure” to “hold someone responsible” for the leaks and to “take the heat off the CIA for not knowing how these documents ended up on WikiLeaks.”

Schroff stated that Schulte had been selected to take the fall because of his many conflicts with colleagues at the CIA, and the fact that he was widely disliked. She said that the CIA and the FBI still did not know how the documents had been taken out of the agency’s system or transmitted to WikiLeaks. The CIA and the prosecutors were “trying to work backwards” from the publication of Vault 7 but could not prove that Schulte had been involved.

Extraordinarily, the prosecution successfully demanded that the defence be barred from researching the CIA witnesses in any way that could link them to the agency

Schroff also argued that the CIA’s DEVLAN computer system, on which the documents were stored, was not secure. She argued that there were many parties, inside and outside the CIA, who could have been responsible for the leak. She noted that WikiLeaks did not begin publishing Vault 7 until roughly a year after the US government alleges that Schulte leaked the material to the organisation. Schroff stated that it was unlikely that WikiLeaks would “sit on” a “major scoop” for almost 12 months.

The opening submissions raised many questions, but the trial, like all “national security” cases, is being held under a shroud of secrecy. A slew of CIA agents are slated to testify against Schulte under conditions of anonymity.

Extraordinarily, the prosecution successfully demanded that the defence be barred from researching the CIA witnesses in any way that could link them to the agency. As Schroff has argued, this is a major obstacle to the defence exercising its right to conduct an independent investigation into prosecution witnesses.

The defence has limited access to official CIA documents. One, prepared by the CIA WikiLeaks Task Force (impact assessment) stated: “We are making educated assumptions about the scope and timing of the loss, in part because we lacked effective monitoring and auditing of this mission system.”

This would appear to cast grave doubt on the government case against Schulte. His lawyers have received no response to their inquiries about when the document was prepared, by whom and upon what its conclusions were based. A substantial section is redacted and has not been provided to the defence.

The draconian framework of the hearing is taken as given by corporate publications that function as little more than stenographers of the CIA, and the Democratic and Republican parties, which are committed to an escalating attack on democratic rights targeting mounting social opposition.

Schulte’s trial is yet more evidence of the need for people to block Assange’s extradition from Britain to the US in the lead-up to court hearings on February 24.