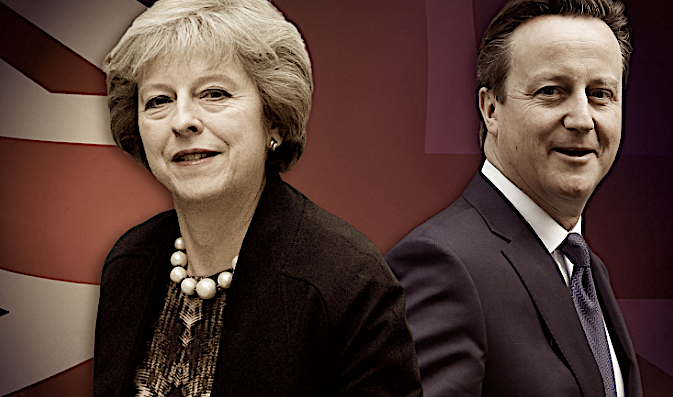 Those who claim to be “conservatives” would shred the very fabric of the nation.

Conservatism takes three main forms. Inclusive conservatism seeks to protect objects of value for the benefit of everyone. These might include great urban vistas, or national parks, or wildlife, or works of art, or great institutions, such as the NHS and the BBC. This is the conservatism governments invoke when a nation goes to war.

Exclusive conservatism, by contrast, resists change that would assist the great majority, on behalf of a privileged elite. This is the form – fighting the universal franchise, workers’ rights, progressive taxation and the welfare state – that has prevailed in the United Kingdom for most of its history.

Then there is a third form, that calls itself conservatism but is nothing of the kind: tearing down everything to clear a path for capital. This is the form that prevails today in Britain, in the United States and across much of the world. Its mission is the destruction of the norms, the values, the institutions, the public properties and public protections that impede the scope for profit-taking.

Capital knows only the future, never the past. It rushes towards the prospect of future gains. All that lies in its path must be swept away, regardless of the value people might attach to it. Modern conservative governments see their mission as facilitating this process. If Theresa May’s government is re-elected, its opportunities for doing so will exceed those that Donald Trump is discovering in America.

The reason is as follows. In converting European law into UK law through the Great Repeal Bill, the government has granted itself the power, as its white paper states, “to correct the statute book where necessary”. “Correcting the statute book” will come to be seen as one of the great political euphemisms of our time.

The corrections will take the form of secondary legislation, which means using something called the statutory instrument. The government estimates that between 800 and 1,000 of these instruments will be required. In practice, there is almost nothing parliament can do to challenge them. As the Brexit analyst Ian Dunt points out, the bill is “shaping up to be the single biggest executive power grab in Britain’s post-war history.”

Statutory instruments cannot be amended. Thanks to a combination of the government’s control over the parliamentary timetable and a number of arcane and archaic procedures, hardly any have been blocked in the 70 years of their existence. Already their power is freely abused. They are supposed to be reserved for technical matters: straightening out laws in ways that don’t alter our relationship to the state. Increasingly, they are used to sneak more significant changes through Parliament. As the journalist Jane Fae reports, an average of 1,900 a year were used by the last Labour government; under the Conservatives this has risen to over 3,000.

After promising “an outright ban” on fracking under national parks, David Cameron’s government reversed the promise by smuggling a statutory instrument through parliament. This is likely to set the pattern, in a new Conservative government, for “correcting the statute book”, not least because, May’s administration explains, parliamentary scrutiny will have to be “balanced” by “the speed of this process”.

Ian Dunt observes that “nearly half a century of workers’ rights, environmental standards, health and safety laws, consumer protections, animal rights, and countless other areas are now at the mercy of Conservative ministers, who can use a rainy Friday afternoon, when everyone is down the pub, to finally start rubbing out bits of law they never liked.”

The promise of Brexit was that we would regain sovereignty over our affairs. But May’s plans will achieve the opposite. Sovereignty will reside in the executive, while parliamentary scrutiny is curtailed. Nothing will be safe from what modern conservatives gleefully describe as creative destruction.

We can see where this is going. The billionaire press pours scorn on environmental and workplace legislation. The National Farmers’ Union, in its election lobbying document, demands that the neonicotinoid pesticides that wipe out bees and other wildlife, currently banned by EU law, can be used here again. The government sees planning laws and wildlife havens as impediments to business. It uses every possible excuse not to act on air pollution: any concession must be extracted with the pickaxe of European law. Prominent Conservatives ridicule those who try to protect the character and charms of the nation as “the Green Blob”.

In pursuit of its ever-closer union with Donald Trump’s America, the government is likely to offer up whatever national standards and peculiarities it deems necessary to secure a trade deal. This is why it chose Liam Fox as trade secretary, who represents in its purest form the Conservative urge to smash the crockery.

I remember being struck by the thought, lying with a group of dreadlocked anarchists at the foot of an Iron Age hillfort in 1994, in the path of an earthmover commissioned by John Major’s government, that we were the conservatives and they were the destructives. We were seeking to defend the fabric of the nation while they, with their road schemes that joined the dots between scheduled ancient monuments, chalk downlands, water meadows and ancient woodlands, were trying to pulp it. They claimed to be patriots, but we loved this country better than they did.

There is no incompatibility between an inclusive conservatism and the defence of public investment, public services, workers’ rights, gender equality and the interests of black and ethnic minorities. Indeed I find it hard to see how anyone can love people without also loving the living world that gave rise to us, or can love our civilisation without loving what remains of those that came before.

If May wins, hers will not be a normal Conservative government, even by the weird and ever-shifting standards of 21st Century normality. Through the powers she grants herself, it threatens to become a maelstrom of destruction on behalf of the party’s funders and associates. Unlikely as our prospects are, we must do all that we can to stop her from regaining office. Conservatives arise, and defend your country from those who abuse your name.

(This article was first published 9th May 2017)

George Monbiot is the author of the bestselling books Feral: Rewilding the land, sea and human life, The Age of Consent: A Manifesto for a New World Order and Captive State: The Corporate Takeover of Britain, as well as the investigative travel books Poisoned Arrows, Amazon Watershed and No Man’s Land. His latest book is How Did We Get into This Mess? Politics, Equality, Nature. His latest project is Breaking the Spell of Loneliness, a concept album written with the musician Ewan McLennan. This article first appeared at www.guardian.co.uk