Powers of Arrest, Restraint and Detention – Policing To Be Privatised 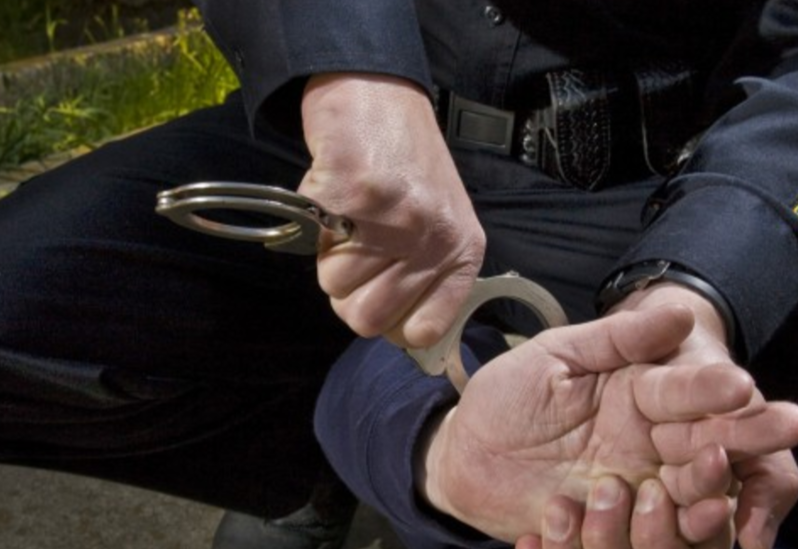 38 Degrees, one of the UK’s biggest online campaigning communities has started a petition entitled:

Don’t give G4S & Serco the power to arrest

There are good and proper reasons for signing this petition, explained in small part by 38 Degrees thus:

“In a shocking 290m privatisation deal, Serco and G4S – the same two companies who were stripped of contracts for tagging prisoners because a Serious Fraud Office investigation revealed they were charging for tagging people who didn’t exist – are going to be trusted with the handcuffs by the government. Essentially, the proposals would see G4S staff given the powers of Civilian Enforcement Officers. That is, authorised officers/employees of Her Majesty’s Courts and Tribunals Service becoming vested with the power to seize and sell goods to recover money owed under fines and community penalty notices, and to execute warrants of arrest, committal, detention and distraint.“

Clearly, this is a disgraceful move by the Tories to privatise the police.

But one also has to question why G4S – a company so deeply immersed in UK and global scandals, would be allowed to continue operating any sensitive public contracts, let alone administering for-profit powers of arrest and restraint. It is truly jaw-dropping just reading the list of the scandals that should, by all rights, have seen this company stripped of its right to trade at all in Britain. The examples below are just some of what are charitably described as ‘controversies’ that the rest of us would probably describe as scandals.

In any event, what sane person would award powers of arrest, detention and restraint to a company with a CV that includes; assault, racism, child abuse, prisoner abuse, fraud, unacceptable use of physical force leading to death, a never ending stream of human rights abuses and even the sanction of torture. This of course does not include the huge list of employee abuses across the world.

Some examples from internet searches include:

700 complaints from illegal immigrants held in G4S detention centres in 2010, including allegations of assault and racism.

G4S staff attached an electronic monitoring tag to the false leg of a one-legged criminal, meaning he was able to go out and leave it at home.

G4S received a £284m contract to provide 13,700 guards for the Olympic Games, but amid concerns of staff shortages, the deployment of 3,500 extra armed troops were required to guard Olympic venues. Theresa May denied that the organisation of the games amounted to a “shambles”.

Allegations of complicity in Israel’s abuse of child prisoners, of which there are many hundreds. Also implicated in Israel’s serious human rights violations.

Whistle-blowers employed at Wackenhut released information to the press revealing that the company cheated on an anti-terrorism drills at a US nuclear site. The allegations claimed that Wackenhut systematically violated weapons inventory and handling policies and that managers showed new hires spots at the facilities where they could take naps and cut corners during patrols.

Three G4S-guards restrained and held down 46-year-old Angolan deportee Jimmy Mubenga on departing British Airways flight 77, at Heathrow Airport. Security guards kept him restrained in his seat as he began shouting and seeking to resist his deportation who subsequently died of his injuries at the hands of G4S staff.

Unacceptable use of force by UK Border Agency

G4S were criticised for using “non-approved techniques” – There was one particular incident in which a pregnant woman’s wheelchair was tipped up whilst her feet were held that threatened the life of the unborn infant.

In one incident, Peter McCormack, a 79 yr old pensioner, was chained to a prison custody officer employed by G4S for eight days while in Royal Liverpool University Hospital after a heart attack in March 2012.

In March 2014, G4S agreed to pay a settlement of £109 million to the government, incorporating a refund for reimbursement of charges for overcharging for tagging criminals in England and Wales who were either dead or in prison.

Dozens of the nearly 3,000 inmates at the G4S prison had been found tortured using electroshock and forced injections.

G4S was criticised for using immigrant detainees as cheap labour, with some being paid as little as £1 per hour.

A series of incidents of gross misconduct. An Ofsted inspection reported some staff being on drugs while on duty, colluding with detainees and behaving “extremely inappropriately”. The behaviour allegedly included causing distress and humiliation to children by subjecting them to degrading treatment and open racism.

In May 2016, the Independent Police Complaints Commission conducted an investigation into the practises of G4S working with Lincolnshire Police after five 999 control room staff for the police force were suspended amid claims workers made emergency calls at “quiet times” in a bid to improve call answering data.

G4S provided inaccurate psychological testing information after it found the psychologist whose opinion was necessary to permit the Orlando mass murderer Omar Mateen to carry a weapon was not practicing as a screener. This was only one of many incidents recorded.

About 600 prisoners took part in a Birmingham for-profit prison riot on 16 December 2016. The BBC was called during the fourth riot at the prison in six weeks by prisoners who said inadequate staffing, poor food and substandard medical care were behind the disturbance, as was being on “lockdown” in their cells all day as a major factor contributing to riots.

Good advice would be that you sign this petition as quickly as possible because once G4S have powers of arrest, the privatisation of our police forces will be well underway. Mission creep will see this incompetent, corrupt, unethical and immoral organisation taking more liberties than you can imagine. Never since the Bow Street Runners in 1805 have arrest powers been given to private for-profit companies in Britain.

Don’t forget, this was not even a Tory idea. It was one of Labour’s earliest attempts at privatisation when Tony Blair walked into No10. It never got off the ground in 1998 due to public anger. No guessing for which company had lobbied the hardest!

Private firms to get arrest powers

“THE GOVERNMENT is planning to give private security firms the power to arrest people in a controversial move that has alarmed court officials.

The proposal would allow staff from firms like Group 4 and Securicor to arrest members of the public for failing to pay fines or breaching orders imposed by the courts. It is due to be announced today in the Queen’s Speech setting out the Government’s programme for the coming year.”