The Damage Corporate Lobbyists Did In The EU Last Year 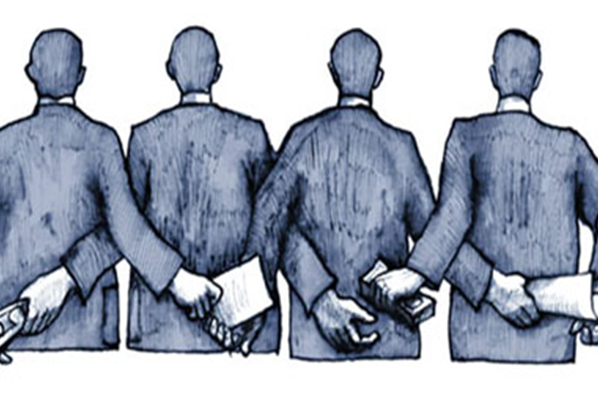 By TruePublica and CorporateEuropeObservatory: The Council of the EU brings together the governments of the EU’s 28 member states and is one of the most important decision-making bodies in the EU. No new EU law can be passed without the agreement of the Council. But the Council of the EU is also one of the most impenetrable and murky institutions of the EU too. The Council of the EU is not currently part of the EU lobby transparency register (it will shortly start negotiations to join, but on very weak terms) and its discussions and deliberations are often shrouded in secrecy. The Council can also be fertile territory for corporate lobbyists who use their influence to secure favourable outcomes. And too often, the corporate lobbyists win. Broadly the Council adopts far more business-friendly positions than the Parliament.

The Dieselgate scandal exposed how Commission decision-makers, working with member state governments, placed the car lobby in a powerful position regarding the regulation of toxic emissions, to the detriment of the health of countless European citizens. And let’s not forget that more than 500,000 Europeans a year may be dying from conditions related to air pollution, the European Union’s environmental watchdog said back in 2015.

MEPs on the civil rights committee have now voted on the ePrivacy regulation, which determines how secure our data is when we are online. Corporate Europe Observatory exposed how in the run up to the vote, industry lobbies, including all those who collect or use citizens’ personal online data for advertising purposes, had been vigorously opposing new proposals on ePrivacy. They used tried and tested techniques straight out of the lobbyists’ playbook to influence the outcome of ePrivacy deliberations in the Commission and the Parliament. And now they have turned their attention to the decision-making within the Council. Watch what happens next! Perhaps the Council has ideas of abandoning privacy and replacing it with a full spectrum architecture  of surveillance like the UK has managed to achieve as we reported in “Online Privacy Takes New Twist With Rule 41” and “The Architecture of Total Surveillance and Censorship in Britain Arrives in 2017.

The EU has adopted new rules that will help trade in securitised loans, the very financial instruments that were a main cause the 2008 financial crisis. Despite warning signs of a new ‘subprime bubble’ in car loans coming from the US, carmakers and financiers have lobbied the EU, including via the Council, to make it easier to speculate on such loans. And as Bloomberg reports; “Borrower fraud in U.S. auto loans is surging, and may approach levels seen in mortgages during last decade’s housing bubble, according to a startup firm that helps lenders sniff out bogus borrowers.” Then again, the UK, US and EU have decided that when this bubble bursts or when the banking industry causes another financial crisis, they will simply fund this by taking your money on deposit as we reported in “Grand Theft Auto – UK and EU Bank Depositor Bail-In Regime Implemented“.

Ahead of the EU’s ‘Roam like at home‘ policy– which intended to end big roaming charges for mobile phone users – it was exposed how a faction of member states absorbed the interests of their telecom companies, and secured compromises which led to roaming becoming more complex and weaker than it might otherwise have been. Moreover, it shows what can happen when national corporate interests are adopted as a national public interest, in this case, the Spanish Government and its telecoms giant, Telefónica. Ultimately, major national operators such as Telefónica (alongside others such as Deutsche Telekom and Orange) lost the battle on wholesale roaming, but by finding a sympathetic ear in the Commission, and joining forces with member states in the Council, they were able to secure compromises which have led to roaming becoming a more complex and weaker policy package than it might otherwise have been.

A joint investigation with Seas at Risk and CEO revealed that fishing industry lobbyists had used press passes to access the EU Council building during crucial ministerial negotiations on fishing quotas. It’s not hard to work out why that was.

CEO’s article exposed how members of the copyright industry and their political allies waged an EU lobby battle over proposed copyright exceptions which would provide better access to a wider range of print publications for blind and visually impaired people. Member states and MEPs were the focus.

We published ‘The Great Gas Lock-in’ – a report about industry lobbying behind the EU’s push for new gas infrastructure and how it could lock Europe into 40-50 more years of dependency on fossil fuels.

Then there was the glyphosate scandal. CEO exposed how the current EU rules on safety assessments for pesticides fail to protect our health and environment.  Lobbying by pesticide corporations like Bayer, Monsanto, BASF and Dow is keeping all of us exposed to dangerous products while the manufacturers pretend to have “science” on their side. In the meantime TruePublica exposed the level of political and corporate corruption in the US with its report “Agrochemicals – The Cesspool Of Corruption And Regulation of Glyphosate“.

TruePublica directly challenged the EU Commission on its “in-depth investigation into UK tax scheme for multinationals.” We observed and asked: “whilst this is well overdue and given the backdrop of Brexit, is never likely to amount to anything as an investigation other than ‘lip-service’, we have one question – why would the Commission have allowed a technology company like Google, whose seed capital was raised by the US State, whose CEO sits on the board of the Pentagon and whose empire now dominates the narrative of the entire world – to evolve into a global censorship/tax evading shopping cart with huge surveillance capabilities in the first place?”.

The personalised response from the EU Commission was that it was high on there agenda. Three weeks later, TruePublica published “The EU Tax Haven Blacklist Is A Whitewash” via the TaxJusticeNetwork, which ended with the words “how do we end this endless circle of public outrage, followed by the production of empty, toothless blacklists? The EU first needs to sort out its own affairs, getting agreement from its member states on ending their own unfair tax practices, before dealing with the rest of the world“.

CEO challenged the European Central Bank (ECB) on a range of issues including the extreme corporate dominance of its advisory groups. Its report showed that of the 517 available seat across all of the ECB’s advisory groups, 508 have been assigned to representatives of private financial institutions. More than 98 per cent of advisors in these circles are therefore providing expertise with a touch of corporate spin.

TruePublica’s report “Corruption in the European Union‘ was published all over the world, which identified the sheer scale of corporate and political collusion leading to mass corruption emanating from within the EU. The Commission then failed to publish its own report on EU corruption due to the damning evidence it raised.

CEO exposed the creeping privatisation of health in the EU and warned of a possible new wave of privatisations after the the European Commission awarded an €800,000 contract to global accountancy and consultancy firm KPMG to study the “operational and fiscal challenges” which state-owned enterprises place on the public purse.

TruePublica has produced reports on privatisation of Britain’s public services every year that even have included the fire brigade. In “The Truth About Britain’s Blood Supply Scandal” we show how Britain’s publicly donated blood supplies was sold for profit to the Chinese via an American venture capitalist called Bain Capital who made hundreds of millions profit whilst leaving the British taxpayer out of pocket and minus a reliable blood bank source.

We have been publishing research on the corporate bias in lobby meetings held by UK and EU Brexit negotiators and highlighting the secrecy around these meetings, which risk sidelining the wider needs of civil society and smaller businesses in any future Brexit deal. The concern is that the far-reaching Brexit agreement that will govern the UK’s exit from the EU is not only being shaped at the negotiating table, but also by the lobbyists who are trying to influence positions and red lines.