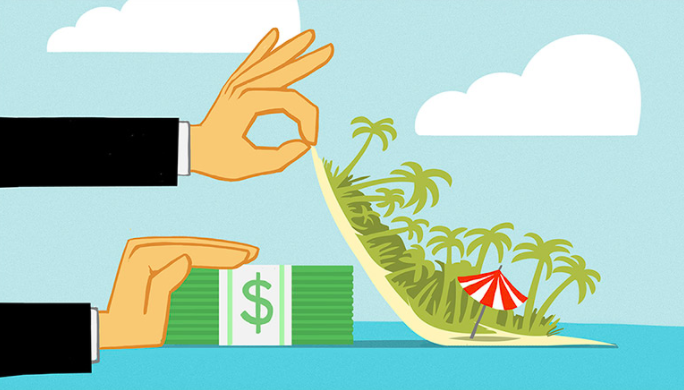 By Alex Cobham – Tax Justice Network: On December 5 the EU will be publishing a list of jurisdictions that it considers to be non-cooperative in international tax matters. Today, we name the jurisdictions that we evaluate as meeting their published criteria, in a report co-authored with Wouter Lips of Ghent University and published at Open Data for Tax Justice.

This will not be the first time that the EU has published a ‘tax haven’ blacklist, but this time the effort is much more serious, with the potential for sanctions being levied on those countries which find themselves on the list. That could have serious implications for the jurisdictions listed, which could by 2019 include the UK. And it means that the flaws in the EU’s approach, such as those which ensure the exclusion of the United States, have also become much more serious concerns.

We know from leaks to the Financial Times that the EU recently wrote to over 50 countries warning them that they might be subject to blacklisting if they did not improve their tax policies. But who will make the final list when it is published?

There’s a long and largely ignominious tradition of tax haven blacklists, mainly at the OECD and IMF. They’ve tended to be subjective efforts, naming economically smaller jurisdictions with less political power, and steering well clear of major financial centers – regardless of their behaviour.

The Tax Justice Network established the Financial Secrecy Index in 2009, largely as an attempt to put transparent and objectively verifiable criteria in place, to allow a fair comparison of jurisdictions – a level playing field, if you like. Assessing all the leading financial centres and major economies every two years, the index has come to be a key reference point in ‘tax haven’ debates, increasingly cited in the academic literature and used for risk assessment by everyone from rating agencies to central banks.

The EU has said that it will base its assessment on three criteria: tax transparency, fair taxation and measures against base erosion and profit shifting by multinationals (BEPS).

The first criteria, transparency, is largely related to the OECD Common Reporting Standard (CRS) which governs the automatic exchange of information. This has the advantage that it can be verified objectively, since the OECD publish data on the set of partners with which each CRS jurisdiction has agreed to exchange information. We experimented with various approaches here, looking at the difference between jurisdictions that provide information to all other participants, or those that participate in name only, like Switzerland, and provide information to very few beyond the EU.

The third criteria, anti-BEPS measures, rests largely on having committed to the minimum standards for taxing multinationals established by the OECD BEPS process. This has a similar advantage of being objectively verifiable, but also the similar drawback of relying on external validation from the OECD. That becomes a problem when the OECD’s own politics prevent it judging jurisdictions equally.

In effect, the OECD’s historic inability to criticise its largest member, the USA, is baked into the EU’s blacklist.

The US is the only financial centre of any size to refuse, point blank, to participate in the CRS – but the OECD and therefore the EU are, at least for the time being, unable to identify this as non-cooperation.

The second criterion, fair taxation, is entirely in the gift of the EU to decide – but the disadvantages here are that the criterion is so loosely drawn, and the application of the criterion so opaque, that it is literally impossible for external researchers to make the same evaluation as the EU. The test, which rests not only on public information but on privately provided responses, is being administered by the EU’s notoriously secretive code of conduct group on corporate taxation.

Wouter and I set out to look at which countries should appear on the list via this criterion, using independently verifiable data on profit shifting. We created our own definition of fair taxation using the dataset developed at the University of Amsterdam which measures how companies use various jurisdictions in their tax structures – the ‘conduits and sinks’ approach. Jurisdictions which in effect attract a disproportionate amount of profits compared to the real economic activity taking place in their countries met the test. We then combined that with the scores on the other two criteria to judge whether a country should appear on the EU blacklist.

In total we found that up to 41 countries could be listed as tax havens by the EU if the criteria were applied equally, fairly and robustly.

A full list of countries we considered, and their scores, can be found here:  http://datafortaxjustice.net/paradiselost/

EU countries will definitely not be appearing on the list when it is published, as the group has said that the list will only apply to non-EU member states. But of course the key feature of (partially) objectively verifiable criteria is that they can be applied by others, to all states.

We found that using the EU’s own criteria, 6 EU countries would find themselves on that list if the criteria were applied equally to them: Cyprus, Ireland, Luxembourg, Malta, Netherlands – and the UK.

With the UK set to leave the Union in 2019, this poses an interesting question to the EU. Will they impose sanctions on the UK after Brexit if the UK doesn’t change its tax haven ways? And how might this possibility affect the UK’s Brexit tax haven threat?

Dealing with tax havens once and for all

Although the EU’s tax haven list is progress on previous attempts by rich countries to define tax havens and take action against them, the fact that EU nations aren’t considered and the opaque nature of the decision making process leaves the block wide open to charges of hypocrisy, undermining the legitimacy of EU action in this area.

The likely exclusion of the US, which ranks as the third greatest threat to global financial transparency in our Financial Secrecy Index, confirms the impression that the EU is creating the opposite of a level playing field.

On top of that, there is a distinct possibility that secret deals may result in many fewer jurisdictions than the 41 listed here being declared non-cooperative – seriously undermining the hopes for meaningful, transparent progress.

That’s why we at the Tax Justice Network advocate a global convention against tax dodging to be agreed by the UN. It is only when we get a global comprehensive agreement on how to tackle tax havens – or rather, how to end the secrecy that their business models depend on – that we will be able to see the truly effective action the world desperately needs to take on tax dodging.