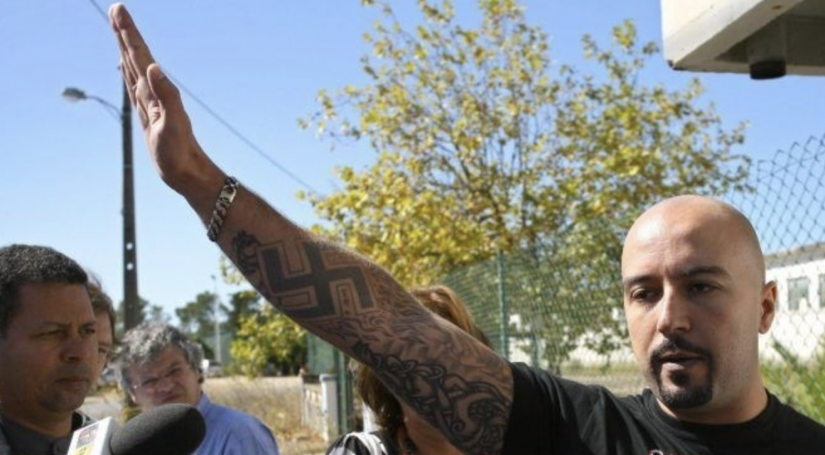 Nationalism has always been, to some degree, a feature across Europe’s political spectrum, but in recent years, fostered by the likes of Donald Trump and funded by American religious ‘conservatives’ there has been an explosion in voter support for right-wing and populist parties. Far-right political parties are attempting to organise into a pan-European power bloc. It taps into a false narrative, seen as a backlash against the political establishment, that is driving a wave of discontent and then capitalises on concerns over globalisation, immigration, a dilution of national identity and then, of course, the European Union itself. Portugal is the last bastion of a fully functioning left-wing government – and it is now the latest target in the crosshairs of far-right internationalism.

By Boaventura De Sousa Santos: A series of recent events has unveiled increasingly disturbing signs that far-right internationalism is turning Portugal into a strategic target. Clear illustrations of such signs include the recent attempt, by some intellectuals, to play the card of racial hatred in order to test existing divisions both on the right and the left and thereby influence the political agenda, the international meeting of far-right parties in Lisbon in August, and the strike called by the newly created National Union of Dangerous Goods Drivers, to take place at the same time as the Lisbon meeting. There are several reasons for these developments. Portugal is the only European country with a left-wing government that is about to complete a full parliamentary term and will soon be going through a new election process, as well as the only country where no far-right party has ever won a seat in parliament.

Is Portugal so important as to deserve such strategic attention? Yes, Portugal is indeed important because, from the point of view of the international far-right, it is the weak link through which it can carry out its attack on the European Union. Thus, the main goal here is to destroy the European Union and send Europe back to being a continent of rival states, where nationalisms will be free to flourish and social and racial exclusion will lend themselves more easily to political manipulation. In the eyes of the international far-right, the traditional right plays a very modest role in accomplishing this goal, not least because it has long been the European Union’s driving force. Hence it is being treated with a measure of contempt, at least until its ideological self-depletion brings it closer to the far right, as is currently the case in Spain.

Conversely, the forces on the left need to be neutralized. In the eyes of the far-right, the lefts seem to have realized that, for all its limitations – which have long been reason enough for the spread of anti-Europeanism among some of those lefts –, the EU is now a force of resistance against the reactionary wave that is sweeping the world. The EU cannot be expected to offer much more than the defence of liberal democracy, but the latter runs a greater risk of dying democratically without the EU than with the EU. And the lefts know from experience that they shall be the first victims of any authoritarian regime. They may be reminded that the differences among them have always seemed more significant when viewed from within the forces on the left than from the standpoint of their opponents. For all the fighting between socialists and communists during the period following World War I, when Hitler rose to power he found no differences between them and therefore no reason to treat them differently. He killed them all.

When Hitler rose to power he found no differences between them and therefore no reason to treat them differently. He killed them all.

Whether this is what the lefts think is irrelevant. It is what the far-right thinks about the left, and that is the basis for its actions. Who is driving it? National and international forces are. There are several of them, with goals that overlap only partially. To the surprise of some, US international policy is one of those forces. Nowadays the US is a very conditional defender of democracy in that it only defends it to the extent that it serves the interests of US multinationals. The main reason for that is the US-China rivalry, which is conditioning international politics in a profound way. The tug-of-war between the two empires, one in decline, the other on the rise, demands the unconditional enlistment of their respective allies or of the countries in their areas of influence.

Fragmented Europe will amount to an assemblage of countries condemned to be either easily coercible or ultimately irrelevant (the German case needs to be addressed separately). Now more than ever before, diplomacy is dictated by economic interests. On 9 August, the BBC reported that President Trump’s tweets in Chinese have more than 100,000 followers among Chinese dissidents, who consider the US president a human rights defender. He certainly is that within the Chinese context, and given the fact that it serves the interests of the war with China. It is no coincidence that China is blaming the US for the current wave of protests in Hong Kong. But in light of the way in which the Venezuelan people is being subjected to a cruel and devastating embargo, described by the UN itself as a gross human rights violation, Trump is no longer a credible human rights defender.

The far-right has three fundamental tools at its disposal: to take advantage of the social protests against the policies carried out by governments deemed hostile, to exploit useful idiots, and, in the case of more left-wing cabinets, to maximize the difficulties inherent in coalition-based governments. The first case is perhaps best illustrated by the strike of the National Union of Dangerous Goods Drivers. The impact of this kind of strike can be so grave as to undermine any incumbent government. Trade unions are usually aware of this fact, so they drive a hard bargain, but at the same time they know that they can go only so far, lest they jeopardize the fundamental interests of citizens. That has not been the case with this trade union. There is something highly suspicious in the radicalizing language of the union’s vice-president (“it’s not about labor rights anymore, it’s about honour”), a character seemingly posing as the guardian angel of disgruntled trade unionists.

History never repeats itself, but it does make you think. After being harassed both by the local elites and the United States, Salvador Allende’s democratic socialist government had to face its final crisis in the wake of strikes called by the fuel tanker drivers’ unions, precisely because they paralyzed the entire country and led to a pervasive feeling of ungovernability. Years later it was found out that the CIA had been very active behind those strikes.

Useful idiots are those who, albeit with the best of intentions, play into the hands of the far-right, even though they have nothing to do with it. I will mention two. At the time of the first strike called by the above-mentioned union, some naive sociologists hasten to pronounce the arrival of a new type of non-ideological trade unionism, focused exclusively on the interests of workers. An implicit contrast was thus drawn with the old CGTP (the General Confederation of Portuguese Workers), now viewed as ideologically biased and at the service of dark undemocratic interests. Had they read a bit more about the trade union movements of the past, they would know that, in many contexts, the proclamation of an absence of political ideology has proved to be the best weapon for introducing the opposite political ideology. But useful idiots can emerge where you least expect. There was that moment in which Mário Nogueira, a trade union leader I much admired until recently, acted like a useful idiot when he turned the teachers’ claims into legitimate reasons for overthrowing the left-wing government-backed by his own party. Such radicalism cannot see the forest for the trees, so in practice, it ends up serving the destabilizing interests of the far right.

Such radicalism cannot see the forest for the trees, so in practice it ends up serving the destabilizing interests of the far right.

Finally, the far-right knows how to take advantage of every rift in the forces of the left, it knows how to amplify them and how to use social networks to create two illusory lines of reasoning out of half-truths. The first is that most Socialist Party members and former leaders think that the party has always done better by allying itself with the right (which is untrue), that it loathes left-wing radicalism (which they never really define) and that once the Socialists get rid of the lefts to their left, they will easily win an absolute majority anyway (which is unlikely). The second is that there exist similar fractures in the other parties of the left, who are anxious to return to their opposition corners and tired of making compromises (which is partly true).

In Portugal, the forces of the left have shown remarkably good judgment, making it more difficult for the far right to carry out its schemes. Whether they will stay this course or surrender to internal and external pressures remains an open question.

The many faces of neo-Nazism in the UK