A Bad Week For The Big Four 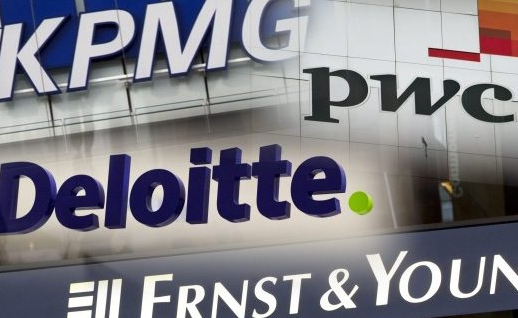 By Alex Cobham – Tax Justice Network: Last week was a bad week for the big four accountancy firms. These companies, which have for years marketed themselves as technocratic advisors to both governments and business, are seeing more exposure for the role they have played in driving the offshore economy, tax abuse, and the emptying of government treasuries around the world.

Firstly, the Paradise Papers revealed more about how the big four created a number of schemes to help companies avoid taxation. Amongst the papers were documents from PwC and Deloitte advising the private equity firm Blackstone on how they could not pay stamp duty on property sales and income tax from the rental on commercial property.

We also saw new research demonstrating how big four accountancy firms promote the use of tax havens by multinational companies. Research authored by Dr Chris Jones and Dr Yama Temouri of Aston Business School and our own chief executive, Alex Cobhamdemonstrates how big companies who have a big four accountancy firm as an auditor are much more likely to use tax haven subsidiaries.

You can see Alex talking about this new research in this video (HERE) , and see our press release on the publication of the research here. The full paper is now free to download, through Aston’s kind provision of open access here.

Meanwhile in Italy, the big four auditors have been collectively fined €23m for colluding to fix government procurement tenders – hardly the behaviour of neutral, technical guarantors of financial probity.

And the Financial Times has published a variety of critical reaction to the role of the big four in the paradise papers, including ours:

Alex Cobham, chief executive of the Tax Justice Network, called for the establishment of an independent, global accounting regulator to scrutinise firms found to have promoted aggressive tax avoidance strategies.

“The Paradise Papers make clear that the Big Four play a critical role not only in the creation and aggressive promotion of tax avoidance schemes, but often also have a hand in the anonymous offshore ownership structures which can be put to all sorts of nefarious purposes,” he said.

The key question now is whether policymakers will be willing to impose the transparency and regulatory scrutiny that the big four so clearly need.